When I was younger, and I’d hear stories about working women being trapped in abusive marriages, I would anxiously think to myself, ‘Why don’t they just leave their husbands and live a better life? It’s not that hard.’

However, my views came from a place of ignorance, where I was oblivious to the structures and agents that worked to deprive women of their agency and compelled them to behave in ways that people often regard as ‘irrational’. It is only after I worked with different women’s rights organisations and personally interacted with victims of domestic violence, did I understand the complexities of their reality and the circumstances that restrict them from escaping their miseries.

A few months ago, I attended a conference in Bhopal, organised by Bharatiya Muslim Mahila Andolan – a Muslim women’s rights group, where thirty young Muslim women gathered to recount their tales of unjust divorce. These divorces were verbal, instantaneous divorce unilaterally imposed by the husband, known as ‘triple talaq’. These women had come from different villages of Madhya Pradesh, all from economically disadvantaged backgrounds. They narrated horrific tales of marriage, where they were invariably beaten and abused by their husbands and in-laws, and the demeaning ways in which they were given divorce.

women shared stories of brutal domestic violence. However, An appalling reality was their shared desire to go back to their husbands.

Fatima* was the first to come forward and share her experience. She described how she was constantly harassed by her in-laws and physically tortured by her husband, so much so that she suffered severe burns on her feet. One day, after a small argument, her husband verbally divorced her by repeating the word ‘talaq’ thrice and banned her from entering the house. He refused to indulge in any negotiations and cut all contact with her and her family.

In Afreen’s* case, soon after marriage, her in-laws started demanding a hefty sum as dowry, which her family was unable to fulfil. Her husband, in addition to physical abuse and threats of divorce, blackmailed to spread intimate videos of her if she failed to meet his demands. He pushed her out of the house and told her to come back only if she had the dowry amount. Afreen has been living with her parents since, but she and her parents want both parties to arrive at an understanding and for her to go back to living with her husband.

Most women who shared their experiences that day had similar stories of brutal domestic violence. However, apart from the atrocities faced by these women, another appalling reality was their shared desire to go back to their husbands. When the moderator of the conference asked these women why they wanted to go back to such a torturous environment, the answers that followed revealed the deep-rootedness of patriarchy in our society.

They explained how being divorced made them vulnerable to taunts by their community members, the most common jibe being-  “Ab yeh kalank lag gaya hai. Tumse phirse shaadi kaun karega.” (You have been tainted. Who is going to marry you now?) Being someone’s wife commanded some sort of dignity and respect in society, which they believed they were now deprived of. Once married, your previous home wasn’t yours anymore and coming back meant being a liability to your parents. They felt that their names had been marred by the stain of divorce and that society had no place for them. Being with their husbands meant economic support, respect and security, which compensated for the regular abuse. They perceived divorce as a huge punishment, which they wanted an escape from.

In a society where marriage is regarded as sacrosanct, husbands are seen as ‘parmeshwars’, and a father’s highest duty towards his daughter is to ‘give her away’, it is inherent for women to have such inhibitions. Since childhood, they are made to believe that marriage is their life’s destination and are nurtured to be nothing more than ‘good wives’.

Driven by patriarchal beliefs, parents discourage their daughters from getting an education and deprive them of all tools of empowerment. They marry them off at a very young age, which results in their dependence on their husbands for security and identity, hence, giving men an upper hand in all matters. Hence, society’s negative perception of women leads to their discrimination within the walls of their homes which further reinforces their oppression beyond these walls.

The stigma attached to divorce and single women is not solely characteristic to women of a particular class or identity.  Although there is a layered and an intricate cultural hierarchy of stigma (for instance, the stigma attached to an unmarried woman of age maybe be different than that associated with a divorced woman), the larger society holds prejudices against single women of all kinds – divorced, widowed and unmarried.

Since childhood, they are made to believe that marriage is their life’s destination and are nurtured to be nothing more than ‘good wives’.

In urban as well as rural societies, divorce is a big taboo and unmarried or separated women of age are perceived as promiscuous elements, against whom married women ought to shield their husbands. In lower-caste communities of several Indian states, it is often the case that widowed women holding property rights are branded as witches and ostracized from their own communities. Moreover, the continued practice of the orthodox Hindu custom, where widowed women are expected to wear white and give up all joys of life, epitomises society’s aversion towards a happy widowed woman. Single women are also more vulnerable to sexual assault as they are seen as easy targets by the perpetrators because of their ‘lack of a male protector’.

In addition to the social stigma against single women, the normalization of abuse, economic dependency, concern for children, threats from the husband etc., are also some factors that cause women to stay in abusive marriages.

However, it is extremely important to recognize how external factors, attitudes of community members, influence a woman’s personal life choices. We must question our traditional beliefs and rid ourselves of our own prejudices. The glorification of marriage and practices like ‘Kanyadaan’ may seem harmless on the surface, but they promote certain attitudes towards and among women that perpetuate their oppression, as highlighted above. 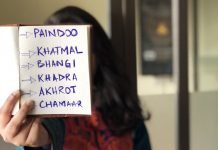 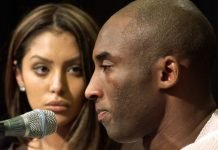 This Officer’s Choice Blue Whiskey Ad Is Not Just Sexist But...

The Begums of Bhopal: A Dynasty Of Powerful Women