Being gay in a Northeast state (Nagaland) where religion and culture are highly practised is such a whooped head to begin with. I was born in a Christian family in a Christian state where homosexuality is a sin according to the religious teachings. Hence, coming out of the closet as a gay person was the hardest thing in my life.

I would try bringing smile and love on everyone’s face thinking that they will accept me the way I am. I used to tell myself we all are the same natural beings called human and being gay is not a matter of choice but just the way one is born even though I was always aware deep inside how much my society hates homosexuality.

Just as I feared, everyday I would be fired by harsh words wherever I go. Bully and harassment both at home and outside rendered sleepless nights during my high school and college years. I would always get harassed and bullied by strangers in the streets and schools. When I think of it, I realised my childhood was a mess. I tried committing suicide because things didn’t turn out the way I wanted and life was too hard. Luckily or not, I didn’t die.

At some point I was afraid that I would grow old not accepting who I am.

However, strange thoughts came to my mind. I kept thinking I shouldn’t have existed! Why am I born this way? Why did God not make me straight? If I say I can’t, will my heart change? Can’t I like what I like? Can’t I just love whom I love? I haven’t been able to find clear answers. All I do is sit on my bed and cry as much as I want, in desperate attempts to let it all go from my mind. Meanwhile neither family nor society accept me, so one day I decided to find a way out.

I decided to erase all my childhood memories as well as all of those who were part of it because I wanted to start living in my own terms. At some point I was afraid that I would grow old not accepting who I am. But like an unexpected rain I suddenly accepted myself, though sometimes I’m still afraid that when this rain stops my happiness will stop too; and then loneliness and sadness will overpower me again.

All these formalities like engagements, marriages are more for the sake of the society than the connection of two individuals.

Now that I have grown up, I travel to places for work, make my living and beginning to live a financially independent life. Through the journey I am learning to forget what the world says and live the way I want to. Coming out to the world about who I am, living my life the way I want now brings happiness and joy. I have also learnt that we are mistaken when we do not accept the way we are though it is not easy. But we need to accept ourselves first before others accept us; only self respect can bring respect from others in a vile world like ours. We also need to accept that we can have our own idea of love and celebrate it for the world is a diverse place with diverse people and choices. It shouldn’t matter if everyone accepts it or not, but accept yourself first.

All these formalities like engagements, marriages are more for the sake of the society than the connection of two individuals. We also often think that we stop falling in love when we grow old. But love is too pure to be judged or criminalised, love has no gender or age, social or family barriers. When love is pure between two souls no religion, culture, race, tradition or law can harm it. So be who you are, and love whom you love without shame. I have realised that this is the way to live a happy life.

I didn’t learn this the easy way, through the struggles I have learnt that building castles in the air and not actually doing something about oneself is not going to change anything. Yes, it is true that being gay the onus unfortunately falls on oneself entirely; to struggle and rise above social stigma and nonacceptance to find oneself. But I am not going to be very polite either. I would say don’t give a damn about what the world says, just live your life and as of me it begins with accepting oneself.

Also read: Meet Laishram Sopin, A Trans Man, And His Community From Manipur

Is A Woman What She Wears? : Purdah In Modernity And Islam 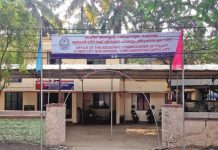 Why You Can’t Love Yourself Into Losing Weight

Children Exploring Their Sexuality Is More Common Than You Might Think

Asha Jaoar Majhe Captures The ‘Labour Of Love’ In The Time...