The incomparable work of Munshi Premchand, is the precious thread that keeps me connected to Hindi literature. My Sunday afternoons are often zealously protected to soak in all the goodness of good music and literature. I call it soul spa!

On one such Sunday afternoon, I happened to discover his short story, Ek Aanch Ki Kasar. It tells of a social activist who denounces the ritual of dowry, only to demand it, when his son is about to get married.

Outside these pages of fictional characters, there are real people who privately follow the rustic rituals but protest otherwise. My angst and clear rant does not target the older generation of aunties and uncles, who are the ambassadors of these outdated and oppressive rituals or beliefs. I understand, that a more conservative society and fewer opportunities for education, limited their scope of questioning and changing anything.

But I am appalled when I see or hear, the young generation, the people I grew up with, holding and propagating the same beliefs and imitating age-old patriarchal practices. Its said that a child is the father of man, but that child does not have to grow up to be like his father. It was common, during my mother’s time for women to eat separately and mostly after the men had eaten. In joint families, it was a sign of respect for the elderly, to let them savour the dishes, first.

But it is almost suffocating to see well-educated women in nuclear families, follow the same ritual. As they sweetly tell you to arrange, serve and at times wait upon the eating men. Well, why can’t consenting adults of similar ages, eat together?

It’s completely normal and expecting of old grannies, neighbourhood uncles, and even of domestic helps, to get anxious over your reproductive capabilities. But when a post-graduate and well earning friend, constantly nags you about the same and creepily sends you baby jokes, it is a mild torture.

Among all kinds of freedom, our constitution forgot to include the Freedom of Choice, was it done deliberately, we won’t know. The freedom to choose one’s individuality and factors that define it, is the fundamental right of every human being, and more so of the women. For most women hardly have the freedom to choose even minor aspects of their lives like, what they wear, where they study, when they go out. Choosing, if they want to marry or if they want kids, is blasphemous.

The majority of young adults dictating the economic changes in the country now, were born in the 80’s and the early 90’s. Years of world-class education and a wider exposure to the world, which none of the earlier generations experienced, have ensured well-paying jobs and a higher standard of living. But when it comes to bringing social changes, most of these young adults mirror the patriarchal cave man. Love marriages are rampant and so is dowry, because the groom’s family has an entire community to answer. And sadly the young brand conscious and globe-trotting groom fully agrees.

The 21st century high-profile husband, expects to come home to a docile and submissive wife. The convent educated pub-hopping girl, almost faints when she sees a married woman sans her marital ornaments.

If I get it correctly, the young adults of today grew up witnessing and detesting oppressive rituals, only to practise them as adults. My worst nightmare predicts that these young adults would further pass these on to the next generation.

So, where does this buck stop? 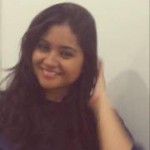