Lady Chatterley’s Lover, written in the year 1928, was popularized to an extent that it was supposedly banned for its explicit content.
By Tanya Jain Jul 1, 2015 4 min read

“No one ever wrote better about the power struggles of sex and love”- A statement by Doris Lessing which I believe every reader of the book truly affirms with.

Lady Chatterley’s Lover, written in the year 1928, was popularized to an extent that it was supposedly banned for its explicit content. Lawrence writing at the turn of the century and a novel emerging after the first world war has its fragmentary structure which in the real sense seems conjoined when Constance and Oliver break all barriers and work towards being one.

The book is not just a triangular love story between Clifford Chatterley, Constance Reid Chatterley and Oliver Mellors, but the one about exploration of self for each character in the novel. The characters are liberated through the course of time and are more independent and strengthened than their earlier unsettled, fragmented selves.

Clifford is one of the primary coordinates who is representative of a system with estate, power and knowledge. But he has been rendered paralyzed from bottom. His physical state of being is suggestive that how his manhood is strongly blown away, for now he is indeed incapable of performing sexually. Though he belongs to the royalty and has a reputation, but actually he is an over grown male child who needs perpetual care and attention.

Constance certainly becomes a ‘Lady’ by marrying Clifford and is referred all throughout the book as Lady Chatterley. Like Virginia Woolf’s Mrs. Dalloway, Constance is also projected on the same lines but she finds a getaway by uniting with the one she loves instead of struggling in the image of a Lady which was not giving her personal peace and happiness. Being Clifford’s wife she was indirectly becoming someone who would voluntary paralyze his or her energies.

As a couple the Chatterley’s fail, for there is no love between the two. She is more of a regular nurse garbed under the fancy dresses and demeanor of being a wife of someone from an aristocratic setting. Though on an outer level, both try to give themselves false reassurance that this is how their lives are going to be and this is a happy state of being. But a young woman with desires and passions at some point will vent out her energies.

Oliver Mellor is the gamekeeper, lower in social standing but a man in complete prowess. He is someone who Clifford can never be. The personality of Mellor is like a Greek god who tempts one to commit the sin of lust. If Constance got lulled in his spell, she can’t be truly blamed. The aura of machismo which he creates can woo one as a reader too.

The unison of the two starts as an exploration of two naked bodies which consummates into being one. With a gradual flow of events and situations, the two came together. Lawrence’s craft comes into play when one while reading observes how minutely the act of sex has been described that it becomes an art in itself which can only be mastered through practice.

Both Oliver and Constance came together not because they have had some past hollowness to fill, but because both of them are explorers looking for an experience in entirety through a unison of body, mind and soul. When Constance confesses her love for Oliver and discusses their partners who now belong to past, he opines that they can be a hindrance in their life.

“Living is moving and moving on. My life won’t go down the proper gutters, it just won’t. So I’m a bit of a waste ticket by myself. And I’ve no business to take a woman into my life, unless my life does something and gets somewhere, inwardly at least, to keep us both fresh. A man must offer a woman some meaning in his life, if it’s going to be an isolated life, and if she’s a genuine woman. I can’t be just your male concubine.”

Clifford cannot produce a child with Constance, but is open enough to accept another’s child in her womb and nurture him like his own. Clifford’s only deal is that it should be a male child and from a decent class. One as a reader not only feels disgusted with Clifford but also his image becomes shallow when Constance actually confronts him and tells him that the child belongs to Mellor and she wishes to marry him and nurture the child with him; to which Clifford refuses to divorce her.

There are flaws in each of these three characters but Constance and Oliver struggle and strife to gain a comfortable future while Clifford becomes a crying child and is taken care by Mrs Bolton, the nurse.

The book which is primarily banned on the vividness of sexual content if explained in Oliver’s terms or rather Lawrence’s words:

“Sex is really only touch, the closest of all touch. And it’s touch we’re afraid of. We’re only half conscious and half alive. We’ve got to come alive and aware.”

The book falls under the genre of erotica but is giving larger meanings of life which are applicable as long as men and women are existing within common space. 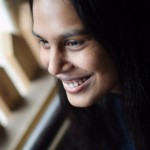