IntersectionalityViolence Irom Sharmila, AFSPA And The Quest For Freedom In Manipur

The irony is AFSPA is a ‘national security measure’. The Act provides extraordinary powers to the armed forces: to shoot to kill, arrest without warrant, and enter any premises for search and seizure.
By Narayani Anand Aug 10, 2015 4 min read

Manipuri activist Irom Sharmila’s trial in August at Delhi will be her last trial outside Manipur. Observers fear that her struggle will be overcast by local politics once she is confined to Imphal. This is an opportune time to support Sharmila in her peaceful struggle. Those in Delhi may enlist their support here by attending the solidarity gathering at the Patiala Court Complex on 11th & 12th August.

15th August is the annual day to commemorate our proverbial Independence. Flags will adorn the Red Fort and work desks, passionate speeches will roar in every nook and corner.

But as we celebrate Independence in the world’s largest democracy – some stark questions will remain.

Where 1947 marked the dawn of a new era, all hopes were dashed just over a decade later for North East India. Enter: the Armed Forces Special Powers Act, 1958. At the time of its implementation, there were a few hundred insurgents in Manipur. Over decades under AFSPA, their numbers have multiplied to thousands. The irony is AFSPA is a ‘national security measure’.

The Act provides extraordinary powers to the armed forces: to shoot to kill, arrest without warrant, and enter any premises for search and seizure.  It provides for complete impunity – no complaint can be registered against erring personnel without prior sanction of the Central government – which is rarely granted. Extra judicial killings, sexual assaults, and other human rights violations are commonplace. The Iron Lady of Manipur

Amidst the bloodletting and state apathy, the sound of a woman’s silence is a calm reminder of the courage and conviction of Manipur – the story of Irom Chanu Sharmila.

Irom Sharmila – better known as “Mengoubi” (the fair one) or the Iron Lady of Manipur – is on an indefinite fast in protest against AFSPA since 2000. A Gandhian by philosophy, she has spent more than a decade fasting for peace in Manipur.  Her life follows an annual ritual of being produced before a magistrate every 15 days, then being returned to a jail-hospital.

The secrecy surrounding her struggle is particularly curious. News about her trial makes up for an inconspicuous snippet once every few months. The entire nation has been kept in the dark about her last trial outside Manipur – in August in Delhi. Once back in Manipur, she will remain a distant visage in the shadow of our long-neglected sisters in the North East.

How have we allowed this to continue? Is this how little we value human life in our country? Or do we reserve this apathy only for the Seven Sisters?

Four government commissions, including the Justice Verma Commission constituted post the 16 December incident in 2012, have recommended repeal or amendments to AFSPA. A High Level Committee on the Status of Women appointed by the UPA govt. in 2013, discussed its recommendations recently – calling for repeal. Interestingly, the committee’s recommendations were kept under wraps. The common rhetoric surrounding AFSPA rests firmly on its importance as a security measure. Some have argued that the Army is “powerless” without AFSPA. Why is it then, that an Act which was intended for a year – went ruthlessly unchecked for over 57 years and still fails to secure peace?

If the recent peace accord in Nagaland is taken at face value, then the fixation of the Centre with AFSPA must be taken with a pinch of salt. An investigative inquiry into reasons behind AFSPA is required.

The news media’s coverage of NER is limited to policy announcements – one Minister’s visit here, one developmental package there. The literal and figurative inaccessibility of the North East has led to a complete isolation of the region.  The fate of thousands of Manipuri residents gets sealed in the bargain. AFSPA has effectively painted every Manipuri as an insurgent – liable to be shot dead upon ‘reasonable suspicion’. Perhaps the most depressing, is the failure of the average Indian to understand that questioning unchecked violence is not an act of insurgency.  This blind faith in the absolute “necessity” of AFSPA has stifled dialogue for more than sixty years.

Under the garb of ‘national security’, AFSPA has bred absolute impunity – sowing the seeds of disenchantment among its own citizens, turning them into a ready recruiting ground for armed insurgents. If this vicious cycle is allowed to continue unchecked, the Act will have utterly failed the Manipuri people, and the sacrifices made by the Indian Army.

Perhaps it’s time we define what we mean by the ‘integrity’ of India. Is it a safe and free people living in the farthest flung regions of the country? Or is it just territorial integrity – mere swathes of land which we like to call our own? 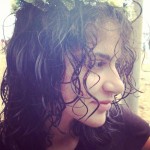 Book Excerpt: The Mothers Of Manipur By Teresa Rehman