The difficulty in finding an emergency contraceptive pill in Chennai is a topic that has reared its head in sporadic intervals over the last 3 years amongst fringe media outlets in the country. There is much confusion over whether these pills are officially banned, or just “out of stock“, as the pharmacists are fond of saying.

Having heard of the near-impossibility of finding iPills from several friends, I decided to look for the iPill (or any similar emergency contraceptive pill) myself, in Ramapuram, a locality of Chennai. I went to 11 medical stores, asking for the pill, and was successful in only 2 of them. One pharmacy offered to procure one for me by the evening. From the pharmacist’s manner, I wasn’t able to ascertain whether this was to be an under-the-counter deal at hiked prices as some people have reported to resorting to, or a legitimate order.

The majority of the stores however, simply shook their head and said they were “out of stock“. When I questioned them on how long they had been out of stock, the responses varied from one month to one year. They said that there was no supply of these emergency contraceptive pills (ECPs) anymore, and some offered me abortion pills or hormonal imbalance pills as an alternative (note that emergency contraceptive pills are NOT the same as abortion pills – they prevent pregnancy, not terminate it). One told me that it would be directly available from a doctor, but that retail pharmacies were not allowed to stock them anymore. To the credit of the pharmacies that I visited, only one of them treated me with the averted eyes and hostility that I had expected to be meted out to a young unmarried woman asking about a pill for unprotected sex.

However, the two stores that did stock the pill handed it to me with as much matter-of-factness as the stores that had quickly shaken their heads and told me that the pill was no longer available in any retail stores. This incongruity is echoed in the debate surrounding the legality of the supposed ban on over-the-counter emergency contraceptive pills in Tamil Nadu.

The History of the ECP in Tamil Nadu

The Drug Control General of India made emergency contraceptive pills available over-the-counter nationwide in September 2005. This was a strong move towards granting woman sexual autonomy, by allowing them to avoid the chance of getting pregnant in case of unprotected or forced sex (please note that emergency contraceptive pills are not substitutes for birth control, and neither are they abortive. They merely delay the release of the egg to avoid fertilization by the sperm, and ought to be taken sparingly).

Please read: This FAQ by a gynecologist on the use and function of emergency contraceptive pills.

However, in Tamil Nadu, two groups (since defunct), Responsible Parents Forum (RPF) and the Satvika Samuga Sevakar Sangam (SSSS), began to campaign against the advertisement of one of the early brands of emergency contraceptives called Mis-take, saying it “promoted free sex and encouraged pre-marital sex.” They also claimed that the pill induced abortion – a claim that has been denied by all medical professionals as that is simply not how emergency contraceptive pills work.

On the basis of these protests, the Directorate of Drug Control (DDC) of Tamil Nadu seized Rs 50 lakhs worth of the drug Mis-take and prevented its sale in pharmacies in October 2006, just one year after the Central Govt. ruling that emergency contraceptives had to be made available without prescription.

When questioned about the legal validity of this ban, an official from the DDC, Tamil Nadu, said it was on the basis of the Drugs and Cosmetics Act, 1940, which empower Drug Controllers to seize drugs if they are spurious, adulterated or falsely branded. The emergency contraceptive Mis-take, or any of its future avatars like iPill or Unwanted-72, is guilty of none of these injunctions – a fact that is obvious as it continues to be legally sold across the country without incident. Thus it is evident that the ban on emergency contraceptive pills in Tamil Nadu has been undertaken on ‘moral [policing]’ grounds, and not legal ones.

At a later time, the Director of the DDC, Mr. Abdul Khader, also said that advertising the contraceptive pill was illegal under The Drugs and Magical Remedies Act, 1954. Now this Act is actually legally valid, and states that the advertisement of any drug that prevents conception in women is invalid. The fact that such a blatantly sexist rule exists is very troubling. This Act is further used to support regressive measures like the ones that the DDC of Tamil Nadu has taken, which takes away women’s rights over their reproductive processes.

The legality of the supply and distribution of emergency contraceptive pills though is perfectly valid, and the ban (unofficial or otherwise) that de facto exists across at least 9 of the 11 pharmacies that I visited today, is unjustifiable.

The control of women’s bodies and reproductive rights is a battle that has been waged across the globe by feminist movements worldwide. Taking away women’s control of their bodies, their sexuality, and their reproductive rights is a hallmark of patriarchal lawmakers. India moved a few steps in the right direction in September 2005 by allowing the sale of over-the-counter emergency contraceptives, which granted women the ability to prevent pregnancy. By disallowing these pills in Tamil Nadu, the DDC strips women of the right to avoid pregnancy if they want to. The consequence of this is increased abortion, often performed in less-than-ideal conditions under duress, that could harm both the mother and the child.

The Light at the End of the Tunnel

The campaigning body Jhatkaa has started a petition that seeks to revoke this ban on emergency contraceptive pills. If the right of a woman to be in charge of her own reproductive decisions matters to you, please do take a minute to sign the petition.

In happier news, this campaign has had a recent victory. Jhatkaa’s petitioning has led to the DDC to submit a proposal that will reinstate the sale of ECPs as over-the-counter drugs that do not require a prescription. However, the struggle for women in Chennai for reproductive freedom is not over until the proposal is officially passed. The representative that I spoke to from Jhatkaa urged people to continue signing the petition so that it can be carried over to higher quarters in case the proposal hits further roadblocks. 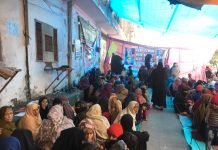 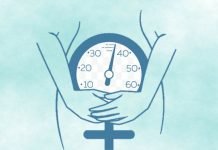