SocietyNews Maternal Cash Benefits Have Existed Since 3 Years. Why Is The PM Talking Of It Now?

Maternal cash benefits have existed for women since three years. So, why is the Prime Minister talking of it now again?
By Suchi Jan 5, 2017 3 min read

November 2016, I was at a Community Health Center in the Rohat Block of Rajasthan, training nurses in hygiene practices during delivery process. As a part of my training, I enquired about the “other” issues they discuss with the woman who comes to them when she is pregnant. These included taking iron and folic acid tablets, proper diet, exercise, regular checkups, information on immunization for self and baby, birth registration; etc.

I curiously asked them about the maternal cash benefits that are received. While few mentioned that it exists and women get INR 1400 for institutional deliveries, they also knew that they and the ASHA workers get cash incentive for institutional delivery and referral respectively, and that there was a provision for Desi Ghee, what they seemed clueless was if it was anything more than that. This was all they remembered from the Janani Suraksha Yojna (JSY). They also said, that many a times, these funds never reached the mother on time due to lack of money at government level.

Coming down to the present day where the Honorable Prime Minister created headlines by re-announcing an already present benefit for the mothers who deliver in institutions, a cash incentive of INR 6000. While all Modi supporters around me shouted slogans of his praise, I sat there wondering if I am back in the year 2013.

As a Universal Maternity Entitlement, the announcement of INR 6000 benefit for institutional deliveries has been a promise that has been already mandated under the National Food Security Act of 2013. While the ‘mandate’ existed, the government chose not to implement it. Reasons? Unknown.

So, what was claimed by the Hon. PM?

Why it sounded familiar?

Everything sounds perfect. Then what is the problem? Well, our Prime Minister made absolutely no-reference to the pre-existing legislation, perhaps showcasing that this was a novel scheme. He could have easily promised better implementation of the National Food Security Act of 2013.

What was even amusing?

In our country, schemes and policies are often implemented years ahead of their announcement. But with reference to this coming up as something totally new and novel, for the benefit of universal good of mothers of this nation, I have my serious doubts.

Yes, some will argue it is the implementation that is now being done. I will just say, lets just wait and watch where these thousands of crores of funds will be allocated from in the coming budgetary announcements. Hope the common people in India don’t forget about this legendary New Year Eve announcement, legendary for no reason. 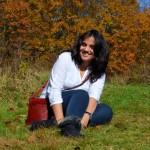 How Manipuri Women Are Resiliently Fighting Against A Deeply Patriarchal Society