Media Watch Mass Molestation In Bengaluru And Karachi: How Are We Raising Men In This Subcontinent?

The incidents of mass molestation of women in Bengaluru and Karachi are a reminder that there's something seriously wrong with how we are raising our boys in South Asia.
By Hira Naaz Jan 18, 2017 6 min read

The incident of mass molestation of women in Bengaluru on new year’s eve is still ripe in our memories, and us women are doing all that we can to not let others forget it either.

However, most people forget easily! But those who have lived this horror, and see it always lurking behind the curtain of their personal space cannot just move on.

When attacks on your personal freedom and dignity become a daily business, protests and outrage become a duty. This is why the tag #YesAllWomen was trending on Twitter where many women shared personal stories of how they were molested/assaulted at various points in their lives at various places by sometimes known and sometimes unknown men. In the same vein, a multi-city march is planned on January 21st to raise awareness on violence against women.

Also Read: Why Women In India Are Marching On January 21? #IWillGoOut

The aftermath of Bengaluru incident saw a number of people including Bollywood celebrities writing, tweeting, speaking about women’s safety and the problems within Indian society. Amidst the numerous awareness pieces and critical articles shared in context of the incident on social media, I came across a blog post on The Quint titled ‘Bengaluru Shame: You Can Choose to Be Safe, So Don’t Blame the Mob.’ The article was published in The Quint‘s Reader’s Opinion section in spite of the fact that it expressed opinions that were explicitly sexist, victim-blaming and logically flawed on many grounds. Well, leave aside the misinformed and misplaced “liberalism” of The Quint, and see what the article said.

Ms. Pardiwala, the writer, was quite upset that the Bengaluru police was being accused of inefficiency, and the unruly mob of molesters was being unfairly blamed for such a “Natural outcome.” She clearly cautioned everyone that “The Bengaluru mass molestations shouldn’t be confused with gender equality issues.” To prove her point right, Ms. Pardiwala pointed out the following:

“When we organise a wedding, we hold it at a wedding hall. When we have a religious ceremony, we host it inside a building. Every celebration has a suitable venue. Why then is there a need to take it to the streets? Being out on the streets exposes one to anti-social elements, like a mob… Now, why make this a gender equality issue when it is a breach of law and order, on the part of both the men and women present on the streets?”

Ms. Pardiwala, unfortunately, got her facts wrong, or may be, failed to use a bit of logic. It didn’t occur to her that when you are celebrating in clubs and restaurants or any other “suitable venue”, the way back home requires one to walk through the streets. Moreover, she didn’t bother to hear the testimonies of any of the women who were molested that night. Many of them were groped as soon as they left the place where they had been celebrating.

Very recently, on the night of 15th January, a similar incident of molestation took place in Karachi, Pakistan at a concert where Atif Aslam and Abida Parveen had been performing. Several women were molested by the crowd present in the audience. Things got so bad that many women had to be pulled out from the audience and removed from there for safety in the middle of the concert.

So Pakistani women were molested by a mob of men in Karachi just like Indian women were in Bengaluru. Both Karachi and Bengaluru are hailed as ‘developed cities.’ However, in the former case, the women were having fun at a “suitable venue” instead of streets, if we go by Ms. Pardiwala’s criteria. Because, concerts can neither be organized in public restaurants nor in people’s houses. So I guess a certain Moin Khan Academy in Karachi wasn’t an unsuitable venue for holding this kind of event. Why then the crowd went unruly and women got molested? Was attending a concert (after buying a legit ticket) “A breach of law and order” too?

I know how people like Ms. Pardiwala would answer this question. They would say that those women could have chosen to be safe by not going to that concert. They had the choice to enjoy Atif Aslam’s songs on their television screens in their presumably safe homes. Too sad that this absurd idea got into their heads that they had the right to enjoy a singing concert as much as the male citizens of their country!

They misunderstood that the only thing they needed to have a good time listening to Atif Aslam live was a valid ticket permitting entry to that concert. Who would have paused to think that a group of men, instead of enjoying the concert, would start touching them without their consent?

Clearly, it was their fault, not of the molesters. Or as many others would opine, “that was wrong, but what were those girls doing at such a crowded place? It was the fault of both men and women present there.”

Yes, of course! It’s invariably the woman’s fault when she is sexually harassed or assaulted. Her safety is in her own hands and hence she is herself accountable for going in the way of danger (which is, anywhere and everywhere, btw!). And then people have the audacity to discount even the existence of something like a rape culture?!

A woman-hating country is one where it is proved time and again that women are not entitled to the simplest joys of life because they happen to be women. Misogyny is when a certain section of the society can’t bear to see women living their lives on their own terms. Gender inequality is when women are constantly reminded that public spaces don’t belong to them; they can enter but at their own risk. Rape culture is when sexual crimes against women are normalized, and women are blamed for every act of harassment, humiliation, and violence against them.

These are not just definitions or terms for us to be used in social justice discourse or debates; these are realities that women live with everyday. And yet we are accused of “playing the victim-card” every time we critique these attitudes and systems. We are told that “everything isn’t about patriarchy or gender inequality.” We are given lessons on “Indian culture” and “modesty.” Start a serious conversation on women’s issues and the first thing you hear is a man complaining that his gender is being unjustly blamed. The #NotAllMen brigade comes to shift the entire focus from women’s issues to ‘so many men being good and respectful too.’

True. #Notallmen are perverts, yet so many women were harrassed during the concert. Did #NotAllMen prevent the harassment in any way? Has it ever helped women in finding safe spaces and claiming the public spaces for themselves? NO.

According to reports, Atif Aslam had to pause his singing for a while and ask the facilitators to “rescue the girl” who was being molested by a group of men right in the front row. She had to be pulled up on to the stage and then escorted out through the gate. Even then the crowd did not stop and many women continued to be harassed. The place was so packed with people that they could not even leave. The concert went on and so did the molestation. Some girls were rescued, many others were not. Read the account below: Many digital media platforms have reported this, but not as a shameful incident of molestation that needs to be investigated and critiqued. It is being reported to praise Atif Aslam for his gentlemanly behaviour, for the generosity he displayed by pausing the concert for a moment and rescuing the girl while schooling the molesters with “tumhari maa behen nahi hain?” Just the headlines of some of them are quite telling!

2. Atif Aslam Stopped Singing In The Middle Of His Performance And Schooled Men Who Were Harassing Women!

Talk about misplaced priorities! This is how normal and banal incidents of sexual harassment have become in this damned subcontinent. Women being molested in public places is an everyday affair. The only thing that makes such incidents unique and worthy of reporting is a male celebrity standing up against molesters in his audience. And let’s not even get started on the entire “don’t you have mother and sister at home” discourse.

In patriarchal cultures, women can claim respect and ownership of their bodies only because they are somehow related to men. If you are not someone’s mother or sister, or if your molester does not have a mother or sister at home, nothing can save you from being sexually assaulted.

Atif Aslam’s actions are of course appreciated! But the way it’s being talked about is irksome, to say the least! This is not something to be happy about or feel proud of. This is not a fitting moment to shower accolades on your favourite influential man, among the many influential men, for acting sensibly. He did what any decent human being should do in such situations.

How many more such incidents before we realize there’s something seriously wrong with how we are raising our boys, our men?

Now, waiting for a closeted misogynist to get up and comment: “Hey, you! Everything need not be woman-centric, okay? Learn to praise men for their honourable acts.” 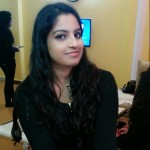 Period. End Of Sentence. Is A Repackaging Of The Western Saviour Trope