CultureCinema Disney Ups Its Game: The 6 Most Progressive Disney Princesses

These progressive Disney princesses have moved away from avatars of old-fashioned, submissive women and are independent, strong and diverse.
By Shagun Gupta Jun 2, 2017 7 min read

Disney has an array of princesses in billowing ball gowns, dancing alongside handsome princes in far off kingdoms. Most of Disney’s traditional princesses are beautiful, dutiful damsels-in-distress, waiting to be swept off their feet by their princes.

Also read: How To Be A Damsel-In-Distress: A Lesson By Disney Princesses

Granted, most Disney princesses aren’t exactly feminists, but, several of them are indeed progressing. Disney produced several new female characters that have added greatly to the image of Disney princesses, making Disney progress steadily away from its old-fashioned, submissive women to make space for independent, strong and diverse women.

However, most of these progressive Disney princesses still appear to exhibit the antiquated notions of beauty and body image. They’re depicted with delicate features: big eyes, thin eyebrows, straight, long hair and extremely slim waists, that align with the conventional idea of beauty. Only Merida (from Brave) and Moana (from Moana) deviate slightly (only slightly) from this body image with waists that are in some proportion to their bodies and their frizzy, wild hair.

Without further ado, let’s have a look at these progressive Disney women!

Pocahontas, Disney’s second princess of colour, is a representative of ecofeminism in the film and teaches children to appreciate nature, as claimed by Disney. She is a brave and independent woman who doesn’t need saving by a man. On the contrary, she saves her lover John Smith’s life. She stands up against her father’s wish for her to marry one of his brave soldiers and forces her tribe members to respect a woman’s right to take her own decisions.

Pocahontas became the first Disney princess to not end up with her lover in the conclusion of the film Pocahontas. She acknowledges her tribe’s needs and her individual destiny over being with her lover, renouncing her romantic happiness for it.

In Pocahontas II: Journey to a New World (1998), a sequel to Pocahontas (1995), she goes as a diplomat to London to stop a potential attack on her people, therefore emphasising again on her brave and independent personality. In the sequel, Pocahontas develops a romance with John Rolfe, hence becoming the first Disney princess to have two lovers.

Pocahontas, however, has an over-sexualised image – a misrepresentation of women of a culturally diverse world. It is also immensely important to note that the character of Pocahontas is only loosely based on the actual historical figure Pocahontas. The real Pocahontas’ life was grim and brutal; she was first married at the age of 14 to Kocoum; her husband was murdered and she was captured during the First Anglo-Powhatan War and forced to give up her first child; she remarried a white man and was paraded as a “noble savage”. Parts like these Disney conveniently remained ignorant of, disrespecting the struggles of the real Pocahontas.

Mulan, another Disney woman of colour, is an independent and outspoken woman who doesn’t conform to the society’s expectations of a young Chinese woman. Mulan upholds her family’s honour, but not by being a presentable bride, as is expected of her. No, she rather pretends to be a man to save her ageing father from having to go to war for the second time. Her decision overtly challenges the conventional gender roles. She struggles to receive as much request as any man in her place would have.

Mulan rescues several characters throughout the film, including her father, her captain and the emperor, despite being repudiated repeatedly for being a woman by soldiers. A song featured in the film, “I’ll Make A Man Out Of You”, brings out the irony of perceived gender norms, as Mulan being a woman, will never become a man, yet she achieves all the qualities that make a “real man”.

Mulan does end up with a man in the conclusion of the film, but her romance doesn’t become the main focus of the film. Also, it is important to note that Mulan’s character is based on a legendary Chinese woman warrior Hua Mulan. There was no mention of a love interest in the legend of Hua Mulan and incorporation of it in the film shows Disney’s inclination towards the perceived notion of a man’s importance in a woman’s life. 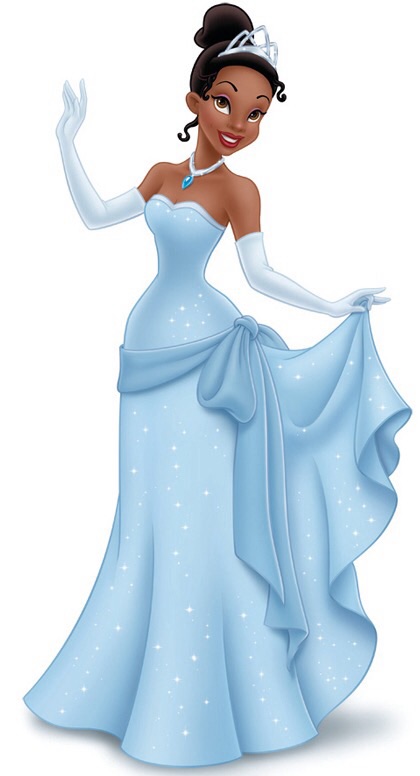 Tiana is independent and focussed on fulfilling her dream from the beginning. Since childhood, she dreams of opening her own restaurant and throughout the story, she works hard to achieve it. Even when turned into a frog, she doesn’t forget about her dream restaurant and works toward making it a reality. Upon finally getting her very own restaurant, names it after herself as “Tiana’s Place”, which is quite applaudable. Thus, in addition to being Disney’s first African American princess, Tiana also becomes Disney’s first entrepreneur princess.

There is a romantic angle to Tiana’s story but it isn’t the main focus of the film – till the end, anyway. Tiana, much like Disney’s traditional princesses, willingly sacrifices her dream, one she had nursed since her childhood, for a man she loves. Even though she gets her restaurant, in the end, this sacrificial attribute that Disney tends to assign to its princesses needs to be done away with.

Merida, Disney’s first Scottish princess, was unlike any other princess Disney had yet produced. Merida refuses to be used as a pawn to keep the peace in the kingdom simply by marrying her off. She rebels against the tradition quite vocally and questions the conventional gender roles of the society by challenging the men who had come to win her hand in marriage at archery and winning. She is also skilled at horse riding, sword-fighting and using a spear. In addition, Merida is the first Disney princess to not have a love interest in the film and also the first to not sing in her film (because not all girls sing).

Merida defies the antiquated beauty standards and behaviours associated with a “proper” lady through her impetuous and independent ways and her unkempt red hair that is long, wild and curly, as opposed to what is considered appealing. However, Disney still attempts to fit Merida, a princess who otherwise lacks criticism, in its mould of conventional beauty.

Disney released an animation-style redesign of Merida that featured larger eyes, a slimmer waist, a curvier body, a more revealing neckline and a sparkly dress. This redesign robbed Merida of her uniqueness and depicted her as Disney’s other traditional princesses. The redesign sparked a lot of outrage which ultimately resulted in Disney taking down this sexualised redesign of Merida for good. 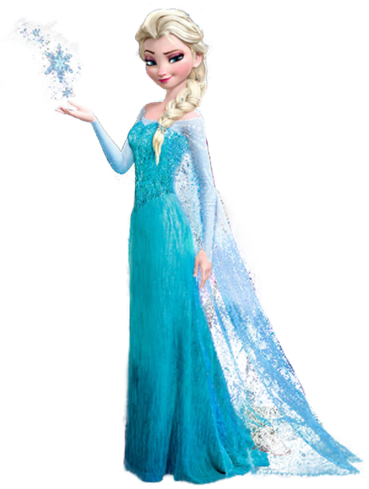 Elsa is yet another Disney princess who doesn’t need anyone else to save her. She is a brave, independent woman who is more than capable of saving herself. Elsa, even though highly self-conscious in the beginning of the film, explores her powers and becomes a symbol of self-empowerment in the film. She doesn’t hesitate in standing up for herself, even if it means standing against her own sister.

Elsa doesn’t have a love interest in the film and is the first Disney woman to see the idiocy in marrying a man one has just met. She refuses to allow her sister Anna to marry the guy she has barely met, claiming it isn’t true love. Disney, therefore, makes a quip at their own trope that all traditional Disney princesses seemed to follow.

Elsa’s character is given a lot of room for growth, unlike several other Disney princesses. Elsa makes mistakes and learns from them. She is quite cold-hearted and distant in the beginning of the film, but through self-empowerment, learns to open herself to new possibilities and let go of her inhibitions. Owing to these attributes, Elsa represents a positive image of LGBT youth to several viewers. The film and the song “Let It Go” has been taken as a metaphor for coming out. A petition was also filed to The Walt Disney Company to make Elsa a lesbian in Frozen 2 under the hashtag #GiveElsaAGirlfriend. 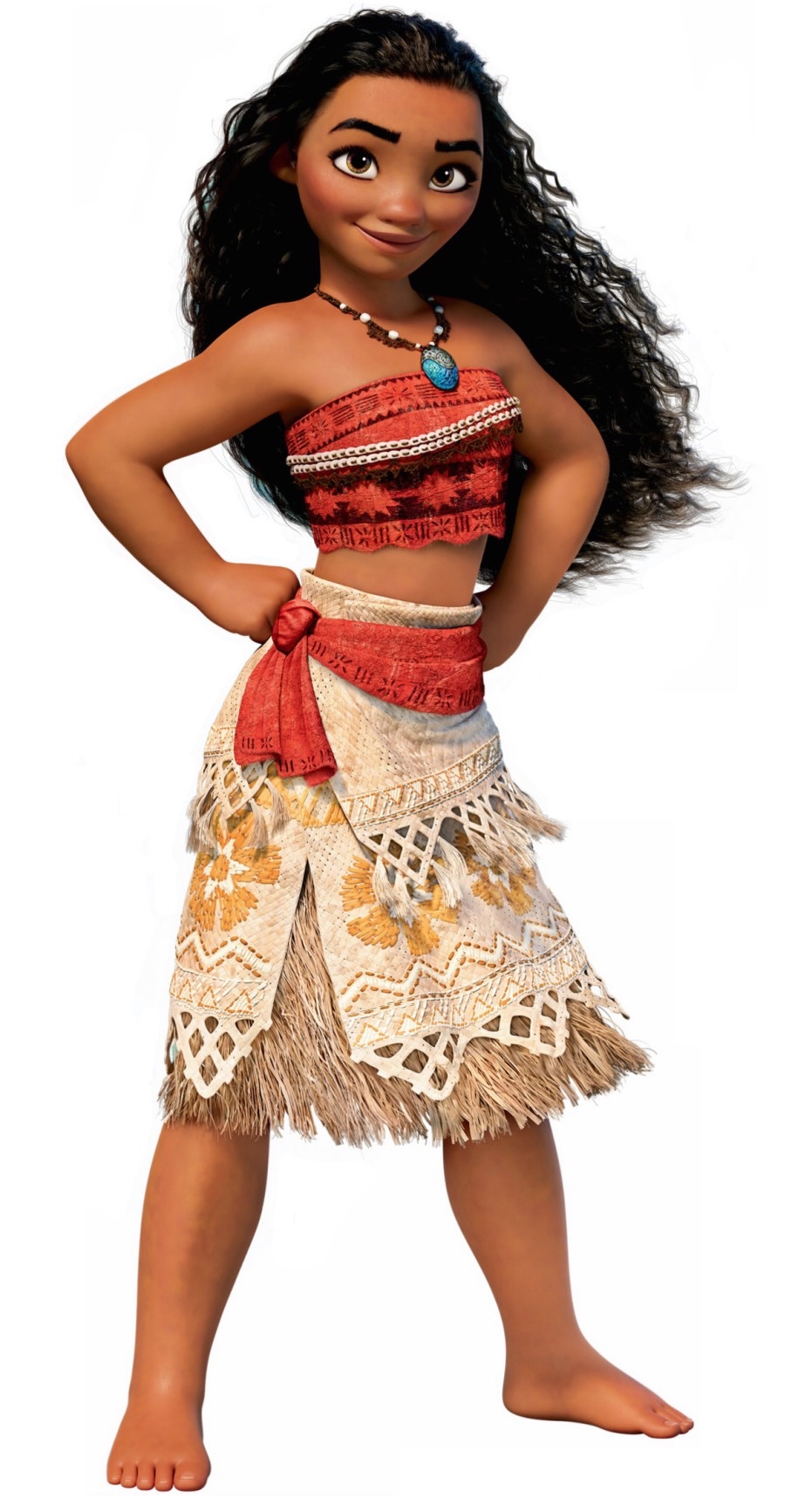 Moana, a Polynesian princess, brings more diversity to the Disney princesses group by being the first Islander princess. Moana’s story doesn’t have a love interest. She focuses her attention on keeping her tribe safe as their future chief and on exploring the seas that have interested her the most. She is a brave, strong woman who believes in herself.

She is a strong-willed woman who isn’t afraid of “male authority”. She stands up to her father, goes against his decision to do what she wants and thinks is right and ends up saving her whole tribe. Moana completely neglects perceived gender roles and challenges them throughout the film. Her father thinks her incapable of facing the dangers of the sea, but she quite efficiently does so and fulfils her mission. She proves women are just as strong, powerful and courageous as men.

We can only hope that Disney will take this progression forward and give us more diverse and body-positive women characters in future!

Did we miss your favourite progressive Disney princess? Tell us in the comments section.