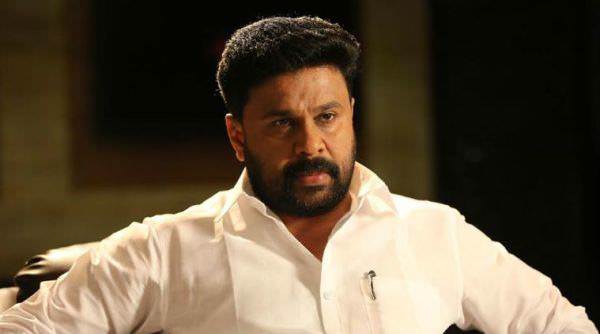 In February, people in Kerala were shocked to hear that a popular actress was abducted and assaulted by some goons. The shock that might have lasted for a few hours, because after they learnt the assault was recorded in phone for blackmailing her, people were more curious of the video, than of the gravity of incident. Soon, victim blaming, victim shaming, and character assassination took its course, as it happens in any sexual assault case.The media irresponsibly and illegally revealed identifying information about the victim and cast sexist aspersions about her. Many believed that she deserved it, because she is an actress who worked with men and travelled at night with a male driver, unaccompanied by family.

Also Read: The Underlying Sexism In The Media Reportage Of The Malayalam Actor’s Rape Case

The survivor of the assault, supported by her friends and family, announced that instead of acquiescing to blackmail, she would fight for justice. The goons were arrested in weeks, and months later a famous actor, Dileep, was arrested for orchestrating the abduction.

When police began questioning Dileep, the social media erupted with variety of memes on the survivor, his ex-wife, his wife, and his daughter – because rape is such a laughing matter! People claimed it to be the revenge of his ex-wife or bad luck of his wife that led to the actor’s arrest. Some even went to the extent of ‘comforting’ his teenage daughter with lewd sexual overtures. Somehow, it was too difficult for the Malayalee population to think that this man could be an asshole, and deserved to be arrested because of committing a crime, and not because of the “bad luck” or the “vengeance” of the women in his life.

I believe that Dileep is only an accused, and until the law convicts him, he cannot be labelled a criminal. That being said, Dileep is not free of spreading misogyny and sexism through his movies.

Dileep is fondly called janapriya nayakan in malayalam movie industry which translates to the hero of the masses. His movies are sure hits that crack people up. Here is one such gem from a super hit movie Mr Marumakan (Mr Son in law).

This “comedy” strip has two people conspiring to rape the hero’s (Dileep’s) sister. Our hero saves her in time, but entraps the villain’s sister to get raped instead. This is not the only movie that has Peedanam (rape) as an element of comedy.

In another, Meesa Madhavan, Dileep, in his role as a thief, steals the heroine’s aranjanam, (a girdle-like ornament worn around waist) and confidently tells her, “You are not going to report I stole your aranjanam, right?” – because which chaste woman would report a theft that would question her honour?

In Mayamohini, Dileep dresses up as a woman to take revenge on his father’s kidnappers. The cringeworthy movie has the hero dressed up as a woman, objectifying and sexualising ‘herself’.

All these movies (and more) were family hits, watched by children and adults alike. Sexual harassment is passed off as comedy, promoting a rape culture where harassment is not treated with the seriousness it requires. Dileep is not alone in promulgating sexism through movies, other superstars of Malayalam cinema are also equally responsible. The audience also plays its part in cheering for innuendos and sexist punchlines by heroes.

After the actress’ abduction in February, Dileep gave an interview in a popular Malayalam channel. He incessantly repeated that he was innocent, and that people were conspiring against him. He also took credit for giving the actress her big break, because he had asked directors to cast her as heroine in some of his movies.

He expressed his grief – yes grief – at why the survivor of the assault had not put up a status supporting him when tabloids were spreading rumours that he had conspired to abduct her. He was also surprised at how the survivor had gone back to ‘normal’ life so soon, when usually women commit suicide or go into depression after such assaults.

Also Read: Deconstructing The ‘Rape Is Worse Than Death’ Conception

Look at his audacity to think that it was remiss of her to not put up a Facebook post to support him, while she was recovering from one of the gravest incidents in her life – allegedly perpetrated by him! What is to be read along his claims of raising her to stardom, is that the actress had earlier declared that a popular actor was denying her roles because she took Dileep’s wife’s side in their divorce.

After the actor’s arrest, his restaurant was attacked by a mob in Calicut, he was jeered at at Aluva Police Club, and whenever he is taken by the police to collect evidence, a crowd follows him to throw insults. When that superficial anger subsides, these people ought to introspect on the rape culture that they have contributed to by laughing their asses off to peedanam (rape) jokes.

The Malayalam movie industry carries the stench of rotten patriarchal values. Let’s keep its content aside for a second, and look at the working condition of women. The recently formed Women’s Collective in Cinema raises important questions of workplace harassment, wage inequality, lack of toilets for women, casting couch system, among others. They strongly stood by their colleague seeking justice, while the Association of Malayalam Movie Actors (AMMA) tried to play “both the victim and Dileep are children of AMMA” card until the day of Dileep’s arrest. The AMMA president (who is also an elected MP) in a press meet, said he was unaware of workplace harassment or people asking sexual favours from female actors. He added that maybe ‘bad’ women had slept with others.

Her determination to fight against her abusers send a strong message to women everywhere.

It is among these people that the survivor has to fight for justice. It is among the numerous rumours, that have crossed the boundaries of decency a long time ago, she has to live. After her engagement, the groom was praised for his ‘kind heart’ for agreeing to marry her. Such is the prevailing attitude towards rape survivors. But the actress is a hope that change is coming. Her determination to fight against her abusers sends a strong message to rest of the women around.

As in most celebrity cases, the tide is now changing in favour of Dileep. All of a sudden people are being reminded of his charity – as if that reduces the intensity of accusations against him! As a community which is praised again and again for its high literacy rate and quality of living, it seems Kerala still has a long way to go in terms of its attitude towards women.

Also Read: On Prithviraj’s Statement And The Long History Of Misogyny in Malayalam Cinema

Arya Prakash is an intersectional feminist and quintessential Mellu. She writes about gender and pop culture. Check out her Medium for hilarious reviews of 90s Malayalam movies and follow her on Twitter.

A Playlist For Anyone Who Wants To Celebrate A Good Or...