A young trans woman is facing challenges getting her name and gender changed and accessing basic things like her bank account.
By Varta Jul 19, 2017 3 min read

Sumana Pramanik is a young trans woman who lives in the Nadia district of West Bengal. Keen on a legal gender identity change, she approached a First Class Magistrate for an affidavit in September 2016. This affidavit would have facilitated her name and gender change.

In doing so, Sumana Pramanik was sure she was following procedure quite well established ever since the Honourable Supreme Court of India granted recognition to transgender identities and rights in April 2014. But to her shock the Magistrate refused to issue her an affidavit saying whatever the apex court judgment might be, he would not be able to direct such a process!

In the meantime she was fortunate enough to gain admission into a leading university in West Bengal as a trans woman for a post-graduation course in applied mathematics. No compromises there, thankfully. An intervention by the West Bengal Transgender Development Board facilitated the process, which also included a relaxation in the minimum marks required for admission.

Another hurdle was crossed when Sumana Pramanik received a generous scholarship for the course with the support of the District Collector of Nadia in April this year. So far so good, but only so far! The cheque for the scholarship couldn’t be encashed because it was in her adopted name and gender. These didn’t match the ‘official’ name and gender mentioned on her Aadhaar card and in her bank account records.

The bank officials directed her to first have her name and gender changed on her Aadhaar card. But when she approached the Aadhaar functionaries, they refused to make any changes stating they had no idea what to do if a transgender person approached them for name and gender change! It is ironic though that even if they knew how to carry out the change, they couldn’t have done so in the absence of an affidavit that was refused by the recalcitrant Magistrate first approached by Sumana Pramanik.

Hats off to Sumana Pramanik for keeping her chin up through all these trials! Where she should have been engrossed in her passion for mathematics, she has to run from pillar to post just to be able to establish her identity.

Whether she succeeds in her studies or not, every single State figure or institution involved in her story seems to have failed in discharging their duties. Prima facie, the First Class Magistrate was wrong in refusing her an affidavit.

Second, even her admission into the university and grant of scholarship should ideally have been preceded by a legal gender identity change. This would have prevented any mismatch in records down the line. The bank too should have guided her to seek an affidavit rather than direct her to the Aadhaar functionaries, whose incredulity at dealing with a transgender person would have been laughable if it were not such a serious matter.

Three years ago, the Supreme Court’s judgment on gender self-determination was almost like a shock to India’s policy and bureaucratic systems. The use of the term ‘almost’ is an informed one, for ultimately not much seems to have changed on the ground. Looks like there is an urgent need for some after-shocks, and it’s only the judiciary that can deliver them.

Pawan Dhall aspires to be a rainbow journalist and believes in taking a stand, even if it’s on the fence – the view is better from there!

Disclaimer: This article was originally published on Varta. 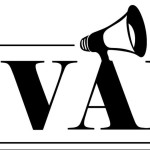