IntersectionalityCaste Durga Puja: Whose Destruction Are We Celebrating Exactly?

The celebration of the Durga Puja misses the struggles of non-heroic women, Avarna women, Adivasis and Dalits.
By Dona Biswas Sep 28, 2017 5 min read

Durga Puja is a popular celebration of Bengalis celebrated every year according to the lunar calendar of ‘ashin’ called ‘ashina puja’ that befalls in autumn during September-October. It starts with the pompous celebration of ‘mahalaya’, said to be the day when Durga takes birth, through the tri-god’s energy congruent into Rishi Katayani’s daughter Katayani. Armed with the weapons of all the suras and yields into Durga – the goddess to annihilate Mahishasur.

According to popular narrative, Durga takes birth to kill Mahishasur as he was granted a boon by Lord Shiva, where no man or male God could kill him. Mahishasur, the powerful Asura King was ruling all over the teenolok, becoming unconquerable. Gods who were terrified by the Asura king Mahishasur’s amplification of rule, appealed to the trio-lord to evoke and destroy him by taking his life.

The new goddess was sent to Mount Himalaya to fight Mahishasur. But the Asura who refused to fight with women, sent a proposal to marry her, to which Durga rejects the proposal and challenges him to fight her in battle. Durga’s rejection of a conjugal relationship with the Asura king is made to tailor the heroic portrayal of goddesses. Otherwise the image of goddesses is seen either as wife of gods or in the form of Apsaras who spell sexual charms over Asuras.

The mere illusion of collective sense

If we go into the history of Durga Puja, it was an affair of Zamindar households, restricted to few Zamindar families in the presence of Brahmins. Durga Puja later moved onto other households, where celebrations took a public display, shifting to the public domain, where people started doing ‘barooari puja’ (public places) in places such as fields, market places, schools, playgrounds to bring in a collective form. But the collectiveness gets limited to organising puja expenses, but the rituals of performing Puja remains in the hand of Savarna men and women who actively participate in this grandeur event of Mahishasura killing.

Puja is now becoming the annual event of Bengali households in India and the Indian diaspora. It would not be wrong to say that Durga Puja has become a feverish pride for Bengalis. The ‘probashi bangali’ who lives in other parts of the country, metropolis, cities and small towns also indulges in different ways in this puja celebration. The intellectual class also participates in the event as a cultural event while covertly acting as an agent of Hindu culture than to intervene in the hegemonising practices.

the rituals of performing puja remains in the hand of Savarna men and women who actively participate in this grandeur event of Mahishasura killing.

The symbols of Durga Puja and the different elements in the puja: lavish food, ethnic clothing, celebration of togetherness with own community, occasion of family and friends geting together, spending on luxurious items, etc., passes a grandeur cultural revival program of Bengali Hindu belief system. The market economy woos consumers and media houses overtly employ these symbols of celebration in different ways and fills public consciousness for the celebration of Durga Puja.

As a Bengali-Assamese living in Guwahati, I have seen that Durga Puja is more of an assertion of Bengali identity over the region. Assamese Hinduised society also comes together in the celebration of Durga Puja. But Assamese society keeps believing that it is not divided on the lines caste, whereas the religious and ethnic stratification is accepted.

But the socially disadvantaged section who felt excluded in various forms in society and religious practices took the path of the reformist, Vashnavism and Ekasarana Dharma which negates the caste system. I have seen in my extended families, friends and relatives following these sets of religion as an alternative mode of resistance by not participating in Brahmin pandals (where Brahmin holds the priesthood), not following the rituals of Hindus, and rejects taking prasad. Whereas the pper caste actively participates in Durga Puja through various Hindu fronts like Ramakrishna Math, Bharat Sevashram, etc.

The Adivasis, Dalits who identify themselves as Mulnibasi and Asuras are perceived in a demonic or negative image, and are defamed to subjugate them further. To perpetuate the image of the no-good sort, not capable enough and marginalize their vulnerable position in the society. The ruling Bengali community is never concerned about the Mulnibasi community whose historical roots lie with the Asura king and assertion of their Asura identity.

The celebration of Mahishasur martyrdom in the tribal regions and few pockets of Bengal bring in the connection of indigenous community, which is associated with the Asura icons. The killing of Mahishasur is not the win of good over bad, but a clear indication of the refusal of lower origin men in a conjugal relationship with savarna women. Here drawing from Dr. Ambedkar’s Riddles in Hinduism, which questions the nature of Hindu religion as to why Hindu mythology felt the utter need for goddesses enthronement. Especially when Durga was armed to fight with Mahishasur to uphold hegemony and to protect the purity bestowed on her. The present day harassment and killing of lower origins for their conjugal association with savarnas is to protect the same purity in the name of honour.

The Adivasis, Dalits who identify themselves as Mulnibasi and Asuras are perceived in a demonic or negative image, and are defamed to subjugate them further.

Whereas Dalit women and women from minority communities face sexual abuse and atrocities on an everyday basis, their struggle and resistance is not celebrated in the cultural front. The real life struggles of the oppressed, such as Phoolan Devi (Dalit women who was raped by the upper caste Thakurs) and many such Bahujan women have been marginalised and invisibilised from the public consciousness. Dalit, Bahujan and Adivasi women fighting against the demonic caste structure and patriarchy. Their struggle is invisibilised and their victory is ridiculed, as they are not seen as of any importance by the dominant Hindus. The celebration of Durga Puja remains as the artifact of feminist celebration attached with the riddle of caste arrogance. Women power which is celebrated in the name of Durga, does not include all sections of women, rather it is an exclusionary practice. The transition of Durga as ‘durgoto nashini’ – the female powerhouse who can destroy any ill temperament ‘durgoti’ in society remains as an upholder of hierarchy and inequality in the caste society. 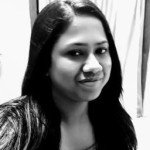