It is necessary to understand how gender and its performances (and the perils of it) are differently contextualized in different male bodies.
By Sayantan Datta Nov 22, 2017 4 min read

Among the many violations that queer-trans persons face in their daily lives, one recurring discourse is the oversimplification of how we view, occupy and dismantle privileges. A lot many of these privileges are executed through bodies, and a lot of this narrative also executes (and violates) queer-trans persons who are harassed by the oversimplified jargonized defence of Brahmin, cisgender, straight men (and cishet feminists), more so in the façade of an alliance.

A lot of us are probably familiar with the extremely offensive and unnuanced arguments put forth by Chimamanda Adichie, Jenny Murray, and some others, who refuse(d) to acknowledge transwomen as women. Equipped with the very logic that transwomen who have had the experience of ‘living as men’, also occupy male privilege.

Also Read: The Other[ed] Womanhood – On Adichie And Trans Women

In my own experiences as a queer-feminine person, a genderfluid person, whose narratives are easy to delocalize, and brush under the carpet because they are either too complex, or too unnecessary, or just exaggerated, I have many a time been questioned by people outside my identities of my ‘male privileges’. The trigger for this angry self-reflection comes from the fact that a friend of mine, happening to be a Brahmin, cis-, hetero- man, recently, in the self-defense of people of his privilege-clans, blurted out that I have a ‘man’s body’, and that it is a privilege for me to be possessing it.

After I got over the initial spiral of anger, pain, and frustration (again, regular words which find regular spaces in the narratives of queer-trans persons), I decided to write it down – a memorabilia of systematic pulverization and questioning of my (and our) narratives, transacted through the oversimplification of ‘male privilege’. We can certainly talk about how we can strategically mobilize our anger, pain and frustration in the radical feminist way of doing politics by performing identities, which would be another discussion. For now, I want to seethe in this anger and seethe in the most political way.

The body I was born in, with the male genitalia, which, in the incident was called the ‘man’s body’, has been subject to a systematic delegitimization, and has often been a subject of withdrawal from the context of what this body transacts, of what this body (un)occupies, of what (and how) this body performs, and of what (and how) has this body been stripped of. Politics that are executed with the body at the centre and the socio-political context at the margins are strategies of violent discrimination and delegitimization, of forcing us back into the outsiders that they want to see us as.

one recurring discourse is the oversimplification of how queer-trans persons view, occupy & dismantle privileges.

‘Male privilege’ is a complex term, and carries with it the accusation of being a participant in the race of oppression(s). Using this term as congruently towards queer-trans persons as cis-men is a way to restrict the entire range of experiences that the ‘male body’, a queer ‘male body’ goes through to a checkbox of genitalia.

This conflated equivalence of how we socialize with our bodies to how we live with them has a devastating result on our minds, lives and politics. It is a dangerous labyrinth of social concoctions, and navigating through it is a journey taken through a daily battle.

Male bodies of queer-trans persons bring with them the necessities of performing masculinities, and for those who are incongruent in this performance, the ‘male body’ is an illegitimate cage. The failure to perform masculinities, and masculinities in toxic bottles, demolishes any of what we try to acquire through our bodies – our bodies capsize in this pressure under the ‘privilege’.

Politics executed with the body at the centre and the socio-political context at the margins are strategies of violent discrimination.

To some of us who have to undergo a daily preparation to socialize and not be ousted from a social space, we have the ‘privilege’ of being in, it is a great pain to be included in the toxic notion of being a ‘male’. In the current discourse that seemingly dissociates transmasculinities as positioned outside the framework of the ‘social man’, the ‘male privilege’ that is acquired through a systematic fight against the continuous exclusion is just misnomered as a privilege. Behind the construction of this privilege is the systematic dislocation of identities, and misorientation of claims that all male bodies live under the same male privilege, is almost an attack on the complexity of gender(s) and its construction(s).

It does a great disservice to equate male bodies as occupied by all identities, and it is necessary to understand how gender and its performances (and the perils of it) are differently contextualized in different male bodies. A femme male body that cannot perform masculinities, and is systematically disallowed to participate in performing femininities, has faced a disarmament that cannot be understood through the surface level use of the unnuanced ‘male privilege’.

This disarmament can reflect in our narratives. What about the number of experiences that the seemingly ‘male privilege’ erases from our performance of our gender and sexuality, through this imposition of the ‘male privilege’? 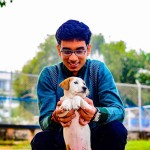 Sayantan is a queer trans feminist activist, poet and writer.

How Can We Make Urban Spaces Safer For Women?