IntersectionalityViolence Zainab And The Collective Complicity In Rape Culture

In the ensuing protests demanding justice for Zainab, the focus has shifted entirely to catching the rapist and hanging him publicly.
By Zoha Batool Khan Jan 18, 2018 6 min read

On 5th January 2018, in Kasur, Pakistan, a missing-persons FIR was filed for Zainab (a seven-year-old girl) by her paternal uncle, a day after she had gone missing. She had been living with her maternal aunt while her parents were away on Umrah in Saudi Arabia and had left for a madrassah in the Road Kot area near her house on 4th Jan. Her family received footage that depicted her walking with a stranger near Peerowala Road.

On 8th January, the police recovered her body from where it had been left in a rubbish heap (different articles state different locations). An autopsy report showed she had been killed two to three days earlier, sexually assaulted, tortured and strangled to death, the details of which are still being investigated. The body was buried on Wednesday when the parents returned, the funeral prayers led by Pakistani Awami Tehreek’s chief, Tahirul Qadri, whom Zainab’s father supports.

This has not been the first time Kasur has been featured in headlines due to violence against children. Last year, two men were imprisoned for a paedophilia ring consisting of multiple children abused all over Punjab over a number of years by a wealthy family that would force the children to perform sexual acts on tape and then use it to extort money from parents. Then too, the state looked the other way and insisted it was a land dispute.

As the news spread, protests erupted not only in Kasur but all over the country; in major cities such as Karachi, Islamabad and Lahore. There were protests at press clubs. #JusticeForZainab started trending, attracting coverage from BBC, Reuters, Al-Jazeera, among countless others.

While the fact that this didn’t just go underground as one of the countless cases of violence against women but gained global attention is remarkable on its own, the focus has shifted entirely to catching the rapist and hanging him publicly to act as a deterrent to other rapists and child molesters. Petitions demanding punishment have cropped up and are quickly gaining lakhs of signatures, citing Iran’s Atena Aslani case as inspiration. The same country whose soccer team’s captain was barred from playing in Malaysia in 2015 because of Sharia law, whose leader deems gender equality incompatible with the Islamic Republic.

not the first time Kasur has been featured in headlines due to violence against children.

Cries for punishing the rapist as per Sharia are echoing throughout Pakistan when it was under the same mantle of Sharia that the landmark Violence Against Women Bill was criticized and deemed un-Islamic by Pakistan’s Council of Islamic Ideology. This is the same council that insisted DNA couldn’t be primary evidence in a rape case, termed the changing of women’s minimum marriageable age from 16 to 18 as ‘blasphemous’, going so far as to declare women themselves as anti-Islamic, among a host of other misogynistic stances.

Apart from the erroneous focus on Sharia methods for punishment, the problem is, in fact, the focus on punishment itself. The under-reported crimes in Pakistan alone show that this is a serious, systemic problem and punishing one individual will not fix the system in place that fosters the attitudes that lead to this.

The punishment should be doled out, that much is certain, but it can’t be our main goal. It should be on making sure no victim needs to fear a situation like this in the first place. This situation also asks us to revise what we know about rape and justice, and why there’s only one type of victim and one type of rapist.

We should be asking why certain bodies are battle zones to engage in warfare on, why they’re used like land to ambush the foe on, treated like property and discarded when defiled, no identity of their own except how they can be used against those in actual power, as a liability. It’s this sort of social reform that must be carried out to prevent any blocking of progressive bills.

We should be questioning why only selective types of victims get sympathy, those we can turn into martyrs, those we could see as our own or ourselves. Why are women like Qandeel Baloch seen as deserving of their fate? We all know why. It’s because they owned their sexuality and refused to abide by chaste-victim norms, refused to be subordinate and modest. We tend to believe that if someone doesn’t play by our rules, they deserve what’s coming to them, even when our rules haven’t protected those who obeyed either.

Also Read: Uber And Yet Another Tale Of Not Believing A Rape Survivor

On the other end of this equation, why are some rapists easier to vilify while others walk free? There has been no national protest against the sexual abuse going on in madrassahs, because they are either connected to militant groups who threaten the family into dropping charges or because the social prestige from being a religious clerk protects them. One’s profession can influence how people see them and what they’re capable of; molvis are given an undeserved saintly status for what they chose.

It is in this thread that parents’ complicity in abuse also comes under investigation, where many cover up their own children’s abuse because they blame the child for being the victim. Or they are in denial or refuse to believe this happened because they somehow consider it blasphemous, completely under the spell of their priests.

Apart than the focus on punishment, there were numerous ‘tips’ all across social media on how to prevent child abuse, arguing that this was only realistic because we couldn’t do anything about the abusers. It is not only unrealistic to expect the parents to be guarding the children 24/7, blaming them when something goes awry when they have other responsibilities to attend to and are prone to lapses in judgment and trust.

But also dangerous because they might be the ones trafficking their children into this for money, etc., to begin with. This line of argument can not only endanger the child by entrusting them to the perpetrators but also deflects from the problem by pretending that we can solve this if we’re just alert enough for it to never happen.

It is parents pulling their daughters out of school early and forcing them into child marriage, selling their daughters off to pay loans incurred back home. How can you trust a parent to stand up for what’s right in a country where a mother kills her own daughter for honour? How can you entrust a child’s safety to a parent when so many are fleeing abusive households?

punishing one individual will not fix the system in place that fosters the attitudes that lead to this.

Children are the most defenceless in our society. When it comes to Zainab, the intersection of sex, class and age all contributed to her being a target. This needs to be a wake-up call to Pakistan to improve its child protective services program (which is, frankly, in shambles), to help and free the victims still alive, not wait for them to die before validating their suffering.

To change the culture and mindset that says you’re either your father’s property or your husband’s which means you’re just passed from abuser to abuser; creating a scenario in which too many girls are either forced into marriage or jump into it to flee abusive households and end up being trapped in another one. We can’t focus simply on punishing Zainab’s rapist because she’s not the only victim. There are countless others whose lives remain unaffected by this hanging.

The change needs to be deeper. It needs to be a social change, with classes about sex education that normalize sex and stop making it so taboo that it prevents abuse from being talked about, to explain the importance of consent and respecting autonomy, of how a no means no, how abuse works and how it’s wrong.

We cannot afford to involve Sharia, whether in punishment or legal, social reform. We’re using the palatable bits to fix the problems which is a self-defeating process because it doesn’t change anything about the root of the issue. Using it as support inevitably leads to misuse and problems tomorrow. The #JusticeForZainab movement needs to center the voices and experiences of victims, instead of marginalizing them all over again, making props out of them to push for more religious involvement.

This requires unlearning how all of us have been complicit in upholding this system, even survivors who prioritize our own definitions and experiences and force them onto other survivors/victims, discrediting theirs under the assumption that they don’t know well enough. As a survivor, I say this needs to be a reckoning for the whole country, for the rapists and all the bystanders who assisted through silence. May there be no more of us or of them after today, and if we do this right, we can ensure a world like that.

Also Read: Rape As A Commodity: Unveiling The Dark Business Of Rape Videos 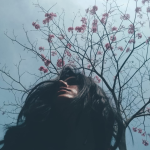 Zoha is busy being all the things Pakistan reckons are impossible or illegal to be. She has a blog (www.spitgreenfire.wordpress.com), updated in between challenging societal norms and causing scandal wherever she goes. Poetry, jewelry, ice cream and lists help keep her anxiety under control and make her happy. She has been published twice at Thought Catalog.

Regulation Of Foreign Contributions: The Need For A Feminist Lens In Policy Decisions