CultureCinema So How Has Indian Cinema Portrayed Women With Disabilities?

So How Has Indian Cinema Portrayed Women With Disabilities?

Indian cinema always portrays ‘disability’ on the screen in a listless and strange manner when it comes to the depiction of women with disabilities.
By Abha Khetarpal Jan 22, 2018 6 min read

The Indian film industry is the largest in the world and it is estimated that around 1000 films produced every year in dozens of languages and an international viewership approximately about 3.9 billion, supposedly more than the viewership of Hollywood.

Predominantly an important source of entertainment, our films contribute a lot in fabricating plots that strongly impact the thinking of everyone in the society. The ways in which individuals and groups are portrayed in popular media have a profound effect on how they are viewed by society at large.

Bollywood movies reflect Indian society as the masses can identify with them and in turn, the movies get their subject matter from prevalent culture and stories from the everyday lives of common man. But mostly there is a depiction of ‘people’s desired version of reality’ where there is an appallingly low presence of marginalized groups of society, especially the disabled population.

Though many remarkable women-centric movies have been made over the years, we have not been able to leave behind the age-old constructs created by our patriarchal society. Indian cinema is in a unique position to help bring about cultural change in the nation.

Women are seen only in relation to the men, as their mothers, their wives, and especially their lovers in the films. It is hard to find even one story revolving around a single unattached woman. Thus there is an unjust and unconscious conditioning of thoughts and perceptions of the audiences that take place by watching women playing subsidiary roles on screen.

As for disability, there has been a periodic tryst with disability in Indian cinema. There have been fewer stories about people with disabilities which pertains to the fact that there is a narrower vision of life in general. Sadly in this area too, patriarchy dominates.

Endings are not happy until she attains a ‘perfect’ and ‘complete’ body.

Characters with disabilities were overwhelmingly male and are shown engaging in heroic deeds and overcoming their disabilities. In such a scenario, if we try to catalogue the representation of women with disabilities in motion pictures, we would find that this subsection of the disabled population isn’t present in the cinematic spotlight.

Even if they are represented, many of those characterizations are inaccurate, and some are even insensitive. The Indian film industry always portrays ‘disability’ on the screen in a listless and strange manner when it comes to the depiction of women with disabilities.

Movies have women characters with disabilities with different motives. One of such objective is to highlight the dauntlessness of the male character. In Aaj Aur Kal (1963), a heroic young doctor/ psychiatrist, Sunil Dutt, cures the female lead, Nanda of her paralysis by using his wit and love. Thus caring for, or curing, a disabled woman becomes the means to reinforce the heroic character of the male protagonist in movies such as Jheel ke us Paar (1973), Sunayna (1979), and Humko Tumse Pyaar Hai (2006). Interestingly, the climax of the relationship of the heroine with the hero is seen only after the woman loses her disability. Endings are not happy until she attains a ‘perfect’ and ‘complete’ body.

Women with disabilities are frequently the object of a man’s sympathy or protection. A disabled man has a much more complex fate in terms of dependence.

There is also a recurrent theme that marriage of women with disabilities is a burden of marriage for the males around her. In movies like Majboor (1974), Saccha Jhutha (1978), Bhairavi (1996). Such narratives are associated with a man who takes unusual steps to rectify it, like feigning illness, committing crimes for ‘larger’ dowry, leaving a traditional home and struggle to earn money etc. In Barsaat Ki Ek Raat (1983) a marriage based on sympathy happens when a girl’s parent delivers a speech on the subject of ‘who will marry my disabled daughter’.

Women with disabilities are also shown as at risk of sexual exploitation. Unless there is the presence of a strong male, she is not sufficiently protected. In films like Imaan Dharam (1977), Insaaf (1987), Brashtachar (1989), Khuddar (1994), Humko Tumse Pyaar Hai (2006) blind women are threatened or sexually abused. Same is shown the recent movie Kaabil, in which both main lead characters are shown to be visually impaired and the female protagonist is shown to be a rape victim and has to ultimately take her life.

The act of being with a woman who is disabled is made out to be an act of social service. A disabled female is shown getting married to a ‘normal’ man that is only shown as a social reform ‘movement’ in the movie Guru (2007) in which Shyam Saxena (Madhavan) marries Meenu (Vidya Balan). He remains her ‘nurse’ and caretaker till she dies, rather than being a husband to her.

The act of being with a woman who is disabled is made out to be an act of social service.

The list of such examples remains unending. The same kind of mentality is depicted in Amir Khan and Manisha Koirala starrer Mann (1999). Carrying the double-amputee bride in his arms the hero completes the rituals of marriage. This instantaneously becomes synonymous with pathos, dependence, misery and sympathy.

Jhilmil (Priyanka Chopra) is a girl with autism in Barfi (2012). She is made to wear pink frocks and pink ribbons and has childlike habits. She is dependent, frightened and her own parents are ashamed of her condition in contrast to the male protagonist who also has a disability but is independent, fearless, caring and responsible just to establish the alleged valour and nobility of manhood.

Sridevi in Sadma (1983) plays the role of a girl who gets brain injury after an accident and is shown behaving like a little girl who is in need of male care and protection. Kangana Ranaut in Woh Lamhe plays the role of a girl who has schizophrenia. She is feared and demonised in the movie. Such violent portrayals create fear, negativity and a wall of misconceptions about schizophrenia.

The movie Heroine had leading lady Kareena Kapoor who suffers from bipolar disorder. Although this movie does not focus on her illness and more on how the illness caused the downfall of her career.

We can count on our fingers the number of films where women with disabilities are shown in lead roles. One such landmark movie was Koshish (1973). Though onscreen disability and romance normally don’t go together in Indian cinema. but Koshish (1971) showed how protagonists with disabilities live independently with regular romantic lives.

It was an attempt to present how a deaf woman communicates and participates well in everyday life taking responsibilities of a wife and mother and doing household work. The movie realistically depicts the life of a deaf and mute couple and their conflicts, their pain and struggle to survive in a rather insensitive society, shattering all stereotypical conventions and showcasing how to face of the so-called world of ‘normal’ men and women.

Then came the movie Black (2005). It was in inspired by the film The Miracle Worker, which was based on Helen Keller’s life and struggle. A visually and hearing impaired girl in Black overcomes the adversity of being disabled. It is also about her teacher who brings a ray of light into her world of ‘black’-ness and helps her triumph over her misfortune.

Kajol, playing the role of a blind girl in Fanaa is also shown how one can lead an everyday life well by managing and incorporating disability into one’s life.

Another movie in which the filmmaker has allowed women with disabilities to take a stand and express sexuality without caring about norms or society is Kalki Koechlin playing the character of a woman with cerebral palsy in Margarita With A Straw. In our society, which completely desexualizes a woman with disability, this is raises a pertinent question about the natural urges and desires of a disabled woman. Not only this, the movie courageously and openly talks about sexual exploration to discover the body and the notion that it is not unnatural to be attracted to more than one individual or to the person of same sex.

We can count on our fingers the number of films where women with disabilities are shown in lead roles.

In Ajab Prem Ki Gajab Kahani, Katrina Kaif has a speech impairment and is shown to stammer. This is the first movie in which both main leads play the role of a stammerer. It was great to see that for the first time in Bollywood history, someone has introduced stammering in a positive way and not just for making it a source of fun and comedy for people.

And now all our eyes are on two upcoming movies. One is Rani Mukherjee starrer Hichkki where she is playing the main lead and is shown to have Tourette Syndrome, a neurological disorder. I hope this movie goes beyond the usual pity reaction that one usually associates with persons with disabilities.

Another movie is Mukkebaaz. Actress Zoya Hussain is playing the character of a mute girl. It is said the speaking disability of her character is shown to be symbolic of the state of women in a patriarchal society.

Such films are always welcome. The takeaway from these films needs to be that people with disabilities are not any different from us. They must be portrayed as ‘average’ individuals who have normal emotions of happiness and sadness with an identity of their own.

Also Read: Margarita With A Straw: A Movie Unafraid To Portray Disability, Sexuality And Queerness 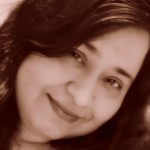 Violence Against Women: What Does Its Repetition Remind Us?

Dalits & Religious Conversion: Tracing The History Of The Neo-Buddhist Movement