The Sex Life Of Trans Men And Why Our Sexuality Matters

There are several misconceptions and a general fear that looms around the sex life of trans men as to whether they will ever be able to satisfy their partners or not.
By Jamal Siddiqui Mar 22, 2018 4 min read

Being a trans man, sex has always been a tricky subject. With dysphoria playing a bigger role in our lives, the sex life of trans men often becomes complicated. I refrain from getting into any such situations because of the fear of feeling dysphoric or creating an awkward situation.

The result of this is that many a time I have felt inexperienced on issues based on sex. Personally, as far as I remember, I started having sexual urges at the age of 14. While growing up, I could not find any documents or materials to learn about sex and pleasure for trans men.

For me, a healthy sexual relationship would be the comfort level that I share with my partner, the understanding level of my partner and it would involve active negotiation. For me, sex is about pleasure, even though at times I also get influenced by performativity.

growing up, I could not find any documents or materials to learn about sex and pleasure for trans men.

Most of the time the hypothetical standards created for men and attached to masculinity affects our sex life as well. In order to understand issues based on the sex life of trans men, I spoke to two trans men from Delhi.

He says, “My chest and what I have in my pants is what make me dysphoric but the pleasures I can get from there is also engrossing. I have been shy about it and at times hypothetical norms created for trans men challenges my masculinity. However, I am still a trans man who was born in a female body and I do have a right to enjoy sex the way I want”.

Our sex life and sexuality are subject to a lot of misinformation and there happens to be a lot of misunderstanding. Sex education, in whatever form it exists, is mostly focussed on cis people.

“I had my first sexual urge in 9th standard. I didn’t know what was happening”, Ritwik said. Ritwik is an engineering student and a trans man from Delhi. He shares that he learned about heterosexual sex from his friends. However, with time, he learnt what sex means for a trans man.

He states that “For me, sex is about intimacy. Sex means different things to different people. If there is a trans man who has completed his surgeries then sex would be different for him and if there is trans man who has not gone through any procedure, sex for him would have a different meaning. Negotiating is very important. Most importantly, it is vital to discuss sex before the act with my partner. If I cannot give my hundred percent, then I would not call it sex”.

the hypothetical standards created for men and attached to masculinity affects the sex life of trans men as well.

Partners also play an important role in sex. After being on hormones, Ritwik’s sexual urges have also increased and he is able to concentrate more on his sex life. He laid emphasis on how choosing a right partner is very important to enjoy sexual pleasures.

Trans men are not a homogenous community. Sex is a varied experience for everyone. To a large extent, masculinity can be challenged during sex – on one hand, we are trying to prove that we are not women and on the other hand, sex can be a reminder of how we are ‘female’ bodied. However, this fact is dependent on how secure are we with our masculinity and how we would like to enjoy sexual pleasures.

We live in a society where sex itself is taboo and a barely talked about subject. Also in Indian society, we rarely talk about trans men and talking about our sexual lives is something that never happens.

There are several misconceptions and a general fear that looms around the sex life of trans men as to whether they will ever be able to satisfy their partners or not. People are also inquisitive to know how trans men have sex. Even NALSA talks about economic and social empowerment and nothing related to sexuality. We are sexual beings too! Our sexuality matters!

Also Read: Being A Trans Man And The Pressures Of Masculinity 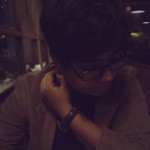 By Bhakti Rathi and Ayush Chaurasia

Valentine’s Celebrations: Walking The Alleys Of Romance, Retail And Performance