Play Therapy: Trauma Therapy For Kids Needs To Be Fun

Touching is the core of developmental play therapy, building both the self of the hurt child and his or her appreciation of the nurturing other.
By Cheryl Miranda May 11, 2018 2 min read

In most situations of child abuse, ‘flight or fight’ is not an option. How can a little child fight with or escape from an abusive parent/caregiver? Most kids will freeze when faced with unrelenting trauma. They just shut down emotionally and physically when in conflict or facing an angry and abusive parent.

The freeze response causes our brain to switch off, our feelings get locked into our body and we become dissociated from our bodies and ourselves. Asking children who have been traumatized to sit still and be mindful does not work in most cases because an abused child is stuck in freeze mode.

S/he has been forced physically and emotionally to just sit quietly, shut up and not make a fuss. Sitting frozen is a default state from which s/he needs to be released, in order to be healed.

In most situations of child abuse, ‘flight or fight’ is not an option.

Most traumatized people try to get away from their bodies as fast as they can because their bodies stir them up. The body is where the panic is—the fear and the rage. But you need to get to know your rage and your fear and to learn to take care of it.

To overcome the freezing response that has become hard-wired into a child’s traumatized psyche, s/he needs to experience the healing power of touch. To feel and experience one’s body in a safe environment is an essential part of healing.

“It is the pleasure element in this touching relationship, with an adult who is fully present, that helps a child to always have a solid sense of his body—a ‘home’ or ‘centering place’ within himself.”

Her interactive storybook, The Magic Rainbow Hug, uses a combination of first play touch activities drawn on a child’s back blended with guided imagery and relaxation methods. In this way, a child can imagine and also feel the story. It is a combination of techniques of kinesthetic storytelling which engages children at multiple sensory levels.

Using touch in a fun way helps children overcome fear and anxiety through playful relaxation. Positive suggestions are interspersed throughout the story to help children draw upon their own inner strengths and abilities. The story is designed to help children learn relaxation skills and methods of calming while increasing the bonds between parents (caregivers) and children.

To feel and experience one’s body in a safe environment is an essential part of healing.

Janet Courtney has been influenced by the late Dr Viola Brody, a pioneer of Play Therapy. In her book, The Dialogue of Touch: Developmental Play Therapy, Brody states that:

Touching is the core of developmental play therapy, building both the self of the hurt child and his or her appreciation of the nurturing other. It thus makes way for dialogue between them and – as the dialogue becomes an organizing force for the child’s behaving and relating – facilitates healing and maturation.

So, let’s make healing joyful and positive for traumatized kids – something they look forward to doing which unbeknownst to them facilitates their healing.

Also Read: Effects Of Childhood Trauma: When Will We Become Aware Of ACEs? 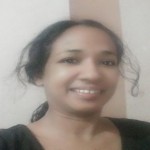 Cheryl Miranda blogs at mindkindmom. She writes about her own experiences with mothering, mental health, and mind-body healing.

Ms Marvel: Why A Pakistani Superhero Is So Special To South-Asian Representation