After Dum Laga Ke Haisha (DLKH), I looked at Bollywood expectantly to give us more heroines with realistic bodies.
By Ishmeet Nagpal Jul 2, 2018 3 min read

After Dum Laga Ke Haisha (DLKH), I looked at Bollywood expectantly to give us more heroines with realistic bodies. I’ve been overweight by 10 kgs for my height for the past 12 years now. I like to think I am glamorous sometimes. Some of the prettiest women I know are fat, and they are amazing women with interesting lives where weight is just a happenstance, not the centre of their lives. But will Bollywood give me a story about a fat woman without making the whole story about her weight? In both Shaandaar and DLKH, weight was the central plot point for these characters.

I guess I could heave a sigh of relief that at least these characters were not put in to provide comic relief at the expense of their weight. I remember Tun Tun and Guddi Maruti (whose show Sorry Meri Lorry was a big hit) were often cast for this purpose in yesteryear movies and serials. The background score would play a heavy trumpet like an elephant’s call whenever either of them showed up on screen. It’s no wonder I hated my own body for many years until I learnt to live comfortably in it, but that’s no thanks to Bollywood.

The only positive example I can think of is Tumhari Sulu, where Vidya Balan’s weight was not even discussed. It was just there, and it had nothing to do with her story. Just like my weight has nothing to do with my performing and writing. Yet, the minute I step on stage, I can feel people judging my weight and thinking or even saying to me out loud, ”You would be so much prettier if you just lost that double chin”.

It’s no wonder I hated my own body for many years until I learnt to live comfortably in it, but that’s no thanks to Bollywood.

Anushka Sharma, who was already skinny, “toned” herself for Ladies vs Ricky Bahl, and Parineeti Chopra was actually given an award for losing weight. Kareena shrunk down to a zero figure for wearing a bikini in Tashan. I would like to see an ordinary woman in a bikini and not be shamed for it. We have flesh and muscle and fat, and if it’s okay for heroes to have a paunch, it should be okay to portray an overweight woman in a lead role.

Sonakshi Sinha was the butt of many “cow” jokes for a long time until she too decided to fit better into the heroine mould. Sonam Kapoor lost weight before her first film, as did Alia Bhat. Kajol and Rani in Kuch Kuch Hota Hain at least had fuller bodies, and yet there are stories Karan Johar himself narrates about shaming them both for their weight.

Also Read: Reflections On Being A Fat Woman: My Body As The Site Of Moral Panic

I want to see the criteria for leading ladies change. Why should Vidya Balan be the only exception? Why can’t we watch a woman be herself on screen? Many questions haunt me. My nieces are afraid of getting fat at tender pre-puberty ages. They dance to Chittian Kalaiyan and marvel at Jacqueline’s moves while discussing how they should eat less.

The erasure of fat women scares me. The standards set by Bollywood percolate into general mindsets – where shops stop carrying my size and insist I go and spend a bomb at special plus-size stores, where eating alone at a restaurant is a challenge, as is going street shopping knowing nothing will fit me. The fact that people judge me for eating junk food but a skinny girl is appreciated for having a raging appetite, the fact that Bollywood rarely shows women eating or even drinking water, and the fact that all of this is inter-connected, makes me wish for more fat heroines so I can be represented on screen like thin women are.

Also Read: Exploring The Shelf-Life Of Bollywood Actresses And Ageing 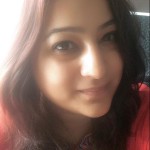