SocietyPolitics Circumventing Merit: What We Do To Priyanka Gandhi And Kamala Harris ﻿

Circumventing Merit: What We Do To Priyanka Gandhi And Kamala Harris ﻿

Both Priyanka Gandhi And Kamala Harris have faced some of the most trenchant opposition not based on their merit, but on everything else.
By Shruti Sharada Feb 4, 2019 4 min read

One of the ways of changing a lopsided status quo is to change the ratio of representation. More people of colour in what is deemed popular culture can make you dream of getting there one day, too. The sight of more women in political and social discourse helps break down rigid gender expectations.

But what exactly happens when women do decide to put themselves out there? What horrors of perception await them? What impossible standards of idle womanhood will they be expected to conform to?

To get a hint of the outfall, let’s break down what I like to call, mostly in my own angry mind, ‘The Merit Circumvention Syndrome’ (MCS). It affects persons across the gender spectrum but its projectiles are directed towards just one – the female-identifying one. Common symptoms include ratcheting up, often in sometimes award-worthy colourful language, aspects of the target woman’s looks, sexual history, body mass index, marital status, pitch of laughter, motherhood status and perceived feelings towards it, and anything that can clumped under the wide patriarchal umbrella of ‘feminine purity’. A recent entrant into this already incredible pantheon is the allusion to mental health conditions, which is apt, because every movement must have its finger on the trending terms pulse.

There are segments in society that routinely get afflicted with MCS when presented with a woman on the rise. These include political opponents, ‘thinkers’ from wings of all leanings, self-appointed media pundits, the tabloids, and lay social media commenters who are endlessly emboldened by the secure distance between the virtual world and real-life repercussions. This syndrome plays out beautifully. The afflicted can comfortably start by hurling baseless accusations. Next steps can include doctored clips and photos, out-of-context quotes, whataboutery and the whole range of reductio ad absurdum. The afflicted, however, must always remember to carry the “sHe aSkeD for IT!!” card to be awarded exemption from prosecution.

Harris’ past dating history has been dug up, and will be dug further in the coming months, in an effort to paint her as some sort of charlatan to the cause of ‘decent womanhood’.

To understand further, let’s consider two prominent women from recent news – Kamala Devi Harris and Priyanka Gandhi. Both, undoubtedly, are remarkable women with powerful stage presence. Senator Harris has been unabashed about her ambition throughout her stints as District Attorney of San Francisco and Attorney General of California in the past. When she announced her campaign in Oakland, California, for the 2020 US Presidential race, 20,000 people turned up to cheer her on. She has staked her claim to the highest political office in the US fully aware of the derision and condescension her WOC status and her outspokenness will invite.

Gandhi, on the other hand, has had a relatively, and arguably, more enigmatic political history. She has fully utilised the platform her family privilege has provided her to launch pointed populism in the past. Her historic surname has largely, and again arguably, shielded her from the rigours of political rung-climbing and catapulted her into the thick of personality-run election campaigns. Her most recent foray out of the woodworks, however, has been touted as being more long-term and of deeper consequence. Unlike her real impact and ability to turn the Congress party’s fortunes, her charisma and capacity to fluster opponents has been proven beyond doubt.

But as is the absolute norm, both Harris and Gandhi have faced some of the most trenchant opposition not based on their merit, but on everything else. Harris’ past dating history has been dug up, and will be dug further in the coming months, in an effort to paint her as some sort of charlatan to the cause of ‘decent womanhood’. How dare she have dated so many men so openly and appeared happy in glamorous clothes?! How dare she have been the temptress in an ‘extra-marital’ situation of a poor famous man? See, relationships involve sleeping with someone, so net net, she slept her way to the top. Ahoy!

What this break down intends to reveal is this – one of the easiest ways of silencing a woman is to shame her lack of socially-approved femininity.

Gandhi, on the other hand, will never, rightfully, escape the nepotism charge, but neither will she escape vile comments on her saris, her short hair, her marriage and who wears the proverbial ‘pants’ in it, and now, BJP politician Subramanian Swamy‘s bellyache over his own pronouncement that she is ‘bi-polar’. She can expect more such gems from the MCS class till the voting machines come out.

What this break down intends to reveal is this – one of the easiest ways of silencing a woman is to shame her lack of socially-approved femininity. A patriarchal set-up, and that’s what politics is, will tire itself silly pointing out every element that is wrong with a woman daring to be in the public eye. Every attempt will be made to restrict the commentary around women to be about how they walk, sit, chew, manicure, speak to their spouses, etc. It will add nothing to our understanding of these women’s actual abilities and most critical shortcomings. And no, the latter cannot include an affinity towards chappals or heels!

Sexist pot shots being directed at female politicians is not part of the dirty game, it is part of the larger effort at keeping these women ‘in check’. It cheapens the debate around them to make them look inconsequential, just feminine bodies that will not amount to much. When a news reporter asks a female politician about who cooks in her house and not her foreign policy leanings, we are subtly reminding all women that they have strayed from the right path.

Also read: Will Women Politicians Ever Stop Being Judged On Their Appearances?

Which is why Kamala Harris and Priyanka Gandhi’s brazen confidence needs to be celebrated. Simultaneously, we need to debate their many problematic policies and beliefs, not the validity of their womanhood. 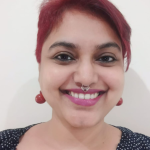 Decoding The Culture Of Moral Policing At School Level

Living In Dystopia: A Commentary On Controversies From FabIndia To Dabur Fem