SocietyNews Sushma Swaraj: The Politician Who Transformed The Foreign Ministry

One of the greatest feats achieved by Sushma Swaraj was the transformation of the foreign ministry as an elitist and inaccessible one to an actively responsive and easily accessible ministry whose benefits were received by everyone.
By Shubhra Aswal Aug 8, 2019 5 min read

Former External Affairs Minister and BJP leader, Sushma Swaraj passed away after a cardiac arrest on Tuesday evening in AIIMS, New Delhi. The former foreign minister who was Twitter’s favourite, was unable to contest the Lok Sabha elections this year due to health issues. In 2016, the veteran leader underwent a kidney transplant and continued to work throughout her recovery period.

On Tuesday evening, after the Lok Sabha cleared the Jammu and Kashmir Reorganization Bill, she tweeted, “Thank you Prime Minister. Thank you very much. I was waiting to see this day in my lifetime.” A few hours later, she was rushed to AIIMS with her condition being said critical. Around 9.30 pm she suffered a cardiac arrest. The mortal remains of the former BJP leader arrived at the BJP headquarters on Deen Dayal Upadhyaya Marg at 12 pm.

A two-day mourning has been announced by the Haryana and Delhi governments to condone the death of Sushma Swaraj. President Ram Nath Kovind, Prime Minister Modi, Congress leader, Sonia Gandhi, Samajwadi Party leader, Mulayam Singh Yadav were among those who were present at the BJP headquarters today to pay their last respects to the verteran BJP leader.

Born on February 14, 1952 at Ambala in Haryana, Sushma went on to complete her graduation in BA with Political Science and Sanskrit as majors from the S.D College of Ambala cantonment. Later, she pursued law from Punjab University in Chandigarh. In 1973, she started practicing as an Advocate before the Supreme Court of India. Two years later, she married Swaraj Kaushal, a criminal lawyer and a senior advocate of the Supreme Court of India.

Her account of the evacuation of more than 4,000 Indian citizens under Operation Rahat, and her active engagement with Indian overseas and people from other nations on Twitter was lauded by everyone.

Sushma’s foray into politics began as a student leader in 1970. During her term, as a student leader of the Akhil Bharatiya Vidya Parishad (ABVP), she was actively engaged in organizing protests against the Indira Gandhi government and later went on to join the Janata party. Under the party, she was an active participant of the anti-emergency movement against the government.

In 1977, she became the youngest Cabinet Minister at the age of 25 when she joined the Haryana government under Devi Lal. She served two more terms in the legislative assembly from 1977-82 and 1987-90. Sushma became the Janata Party’s State President and went on to hold the position for four years. In 1984, she joined the BJP and was later appointed as the Secretary of the party. As she held the All-India Secretary post for two years, she played a crucial role in strengthening the party in the 1990s.

A Woman of “Firsts”

In 2004, when the Congress won the general elections, Swaraj voraciously protested against the party for its initial backing of UPA Chairperson Sonia Gandhi for the post of Prime Minister. The prominent leader of BJP made history again when she became the first woman Leader of Opposition in 2009 and went on to hold this post for the next five years till BJP emerged victorious in the general elections of 2014.

Under the Modi government, Sushma became the Minister of External Affairs, making her the second woman after Indira Gandhi to hold the prestigious portfolio. The choice of Sushma by Modi surprised everyone. The initial period of her tenure as Foreign Minister, saw the opposition mocking her for her limited role in the ministry as she was accused of letting the Prime Minister take the lead when she was the office-bearer.

She was also accused of lobbying on behalf of former Indian Premier League chief Lalit Modi who was an Indian fugitive in London. Sushma defended her recommendations to the British government to give Lalit Modi travel documents to see his sick wife in Portugal, on humanitarian grounds.

Sushma became a Twitter-favourite for her response to SOS messages that sought assistance from the foreign ministry or were just reaching out for some help. In 2018, she became the most followed Foreign Minister on Twitter with 11 million followers. Her credibility was not only because of the massive following on Twitter rather, her willingness to help anyone in distress, round-the-clock social media presence and witty responses that won people’s hearts.

Her account of the evacuation of more than 4,000 Indian citizens under Operation Rahat, and her active engagement with Indian overseas and people from other nations on Twitter was lauded by everyone. Her strong social media presence accompanied with her meticulous handling of the MEA matters helped her strengthen bonds with her counterparts from across the world.

As a woman who began her political career at a time, when very few women were in the political arena, it does not come by surprise that she was an ardent supporter of Women’s Reservation Bill and had often urged the fellow political parties to support the Bill.

Sushma Swaraj was an active spokesperson of gender equality. She espoused that men should be encouraged to take up subjects like home science so as to break the traditional mindset about women. However, her suggestion for motivating women to learn martial arts was problematic, even though it did seem to suggest to break the socialisation process by developing physical strength of women. Sushma’s suggestion draws a corollary that it is the women who have to bear the onus of protecting themselves, and not the state itself.

As a woman who began her political career at a time, when very few women were in the political arena, it does not come by surprise that she was an ardent supporter of Women’s Reservation Bill and had often urged the fellow political parties to support the Bill. According to Swaraj, “As far as political empowerment is concerned, it is the real empowerment because it provides authority.” Thus, she emphasised that economic sufficiency alone will not help in the upliftment of women, rather, political empowerment of women was the most important step.

Also read: When Global Meets The Local: On Why We Need More Women In Politics

Having been born in a family comprising of RSS members and her early associations with ABVP and RSS, Sushma came across as a vocal supporter of her Hindu beliefs and did not shy away from supporting them. She remained unapologetic about the Ayodhya movement and its aftermath. Her famous speech in 1996 Lok Sabha was also a clear reflection of her strong stand on Hindu beliefs when she spoke at length on the topic of Article 370 during a no-confidence motion that was being passed against the then Prime Minister Vajpayee.

Sushma Swaraj, despite her political affiliations and her firm faith in Hindu beliefs, never came across as a leader who was opportunist about using Hinduism for every chance she got. She has always been revered as a prolific orator, with strong administrative skills and a heart filled with compassion across all party lines. One of the greatest feats achieved by Sushma Swaraj was the transformation of the foreign ministry as an elitist and inaccessible one to an actively responsive and easily accessible ministry whose benefits were received by everyone. 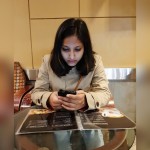 Shubhra is a 20-year old political science grad who constantly questions politics, culture, life, and can be found having an existential crisis quite often.

Papon Cannot Be Absolved Of Allegations Of Child Sexual Abuse