I had the opportunity to do quite a bit of travelling during my first year of university—my first solo travel experience as well as group travels with some of my college mates. It certainly proved to be an experience like none other as I have always been travelling with family or relatives for almost all my life and had gotten used to a certain way of travel and planning for a trip.

Once I started travelling on my own for the first time, I soon grew to realise that solo travel and travelling without family is not simply a sign of growing up and embracing the hedonism and independence that adulthood brings you, but it is also an expression of ownership and individuality in a certain sense that offers you an opportunity and experience that pales in comparison to most firsts you have as a young woman.

However, without a doubt and speaking from experience, my mother still begins to anxiously wait for my every update back home. Yet, over the year, she has learnt to trust my decisions and hear me out more to a certain extent as well because perhaps in her own way, she recognises a change in my choices and acknowledges and perhaps even accepts them as a new norm.

solo travel and travelling without family is not simply a sign of growing up and embracing the hedonism and independence that adulthood brings you, but it is also an expression of ownership and individuality in a certain sense that offers you an opportunity and experience that pales in comparison to most firsts you have as a young woman.

Regardless of the place they visit, women continue to be the object of the male gaze and side look simply because of the gendered and divided world we continue to live in. My travel experiences in India have been strikingly different from my experiences in Europe, where solo travel is more widespread and accepted, from the mentality of the people down to the reinforcements and preparations I need to make. Young women like me are always worried about our safety when we travel to an unknown destination. Yet, despite this, for women, solo travel is a celebration of their freedom, maturity and creativity as they step out into harsh world where they are already undermined and viewed with skepticism. It is a symbol of strength and fortitude because it proves a point and defies a previously-held narrative.

With more young women and girls taking on opportunities to travel, the tourism and travel industry has also remained cognisant of this demographic change. A survey conducted by Booking.com in 2014 concluded that nearly 72 percent of women in the United States liked to embark on solo travel which may not seem alarming owing to the number of carefully curated Instagram globe-trotting posts we see online. Thus, female solo travel has the potential to prosper further and further develop.

Also read: Travel And Trouble: Why Girls Can’t Have All The Fun

However, even though solo travel for women has indeed taken off in many parts of the world, the question of solo travel especially in South Asian countries remains deeply entrenched in divisive gender norms and patriarchy. The realities of a gendered society impact every aspect of a woman’s life. For instance, women born into less privileged and from less affluent backgrounds are further crippled by the situation.

To shed light on some good news on the front, in a landmark move, women in Saudi Arabia were finally ‘allowed’ to travel abroad without taking the permission from a male guardian in an effort to ease the many social constraints women in the country have suffered under for years. Once again, this underlines the fact that travel continues to be inextricably linked to the toxic male guardianship system that allows men to override the freedoms and choices of women. As women continue to travel further and push these already established social constructs and limits in society, we will hopefully begin to normalise the associated stigma and regressive mentality of the status quo.

in a landmark move, women in Saudi Arabia were finally ‘allowed’ to travel abroad without taking the permission from a male guardian in an effort to ease the many social constraints women in the country have suffered under for years. Once again, this underlines the fact that travel continues to be inextricably linked to the toxic male guardianship

Most notably, solo travel in India is becoming increasingly popular as women find strategies and solutions in order to stay safe as they are backed by a lot more self-awareness and take better safety precautions. Travel, for one, has also become a lot easier and conducive with flight tickets and accommodation becoming more affordable even during peak season. Over the years, solo-travel friendly AirBnbs are becoming increasingly popular to accommodate potentially vulnerable travellers like women. House rules in such establishments are also rather strict to ensure better service and protection for female travellers. Moreover, Women Welcome World Wide is an organisation that helps facilitate travel-friendly solo trips worldwide for women. The organisation is a great network for women of all ages to explore new and even rare travel destinations.

Also read: Travelling With Club Foot: Negotiations With My Disability

Looking past all of these benefits and implications, solo travel is a great opportunity for personal growth and self-discovery as you take out your time and travel by your own terms. It is an exercise of a woman’s individuality, choice and boldness at the end of the day. Even though it does come with the burden of extra precaution and control, current progress and change will hopefully continue to carry the promise of a better future.

Shivani is currently a political science undergraduate student enrolled at Sciences Po Paris. She hopes to embark on a career in investigative reporting and journalism. Shivani is a lover of coffee, obscure films, sitcoms, political podcasts, and siestas. In her free time, she enjoys writing and curating her next Spotify playlist. Follow her on Facebook and Instagram. 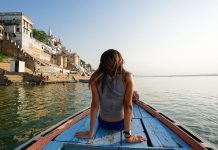 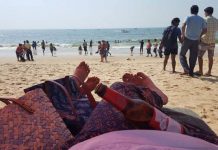 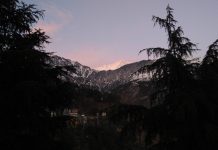 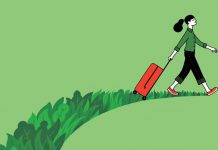 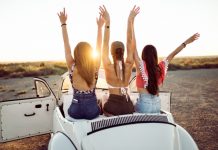 8 Ways The Avatar Movie Echoes The Struggles Of The Adivasi...