Rape accused, fugitive and infamous Swami Nithyananda, according to various sources, has formed his very own nation and named it Kailaasa.
By Nishtha Dec 16, 2019 4 min read

The very famous and scandalous self-styled god-man, Swami Nithyananda Paramashivam has again surfaced into the news headlines. Rape accused fugitive Swami Nithyananda, according to sources, has formed his very own nation and named it Kailaasa.

Who Exactly Is Nithyananda?

“His Divine Holiness Nithyananda Paramashivam is the reviver of SRIKAILASHA (Kailaasa) – the enlightened civilization, the greatest and only Hindu nation. He is Recognized as an Incarnation of Paramashiva at a very tender age by a group of enlightened beings who know the science of incarnation as per Hinduism,” is how Kailaasa’s website describes Nithyananda as. On the other hand, several news headlines describe Nithyananda as the ‘Fugitive God-man’ or ‘Sex Swami’.

But who exactly is Swami Nithyananda ?

Well, for that we need to dig in his social media (yes you read it right). His Facebook and Youtube pages describe him as, ‘Divine Holiness Nithyananda Paramashivam, reviver of Kailaasa’. He has centres, temples, gurukuls and ashrams all over the world, where he preaches yoga, meditation and fitness courses. He also preaches his ‘scientific knowledge’ through his Youtube videos where he discredited Einstein’s famous formula, E=mc2 and stated that soon he will make cows, bulls, lions, tigers, and monkeys speak in Tamil and Sanskrit. Also if that’s not enough then he even claimed that he stopped the sun from rising once for 40 minutes.

Now whether you like it or not, Nithyananda like many other Gurus saw a meteoric rise in the beginning. His fan base swelled in the early 2000s in Tamil Nadu, as a result of his famous ‘healing powers’. He was endorsed by celebrities and media houses and this made his market bigger and bigger day by day. It became so big that by 2007, the self-stated god-man had about 800 centres across 21 countries. His religious, political and surprisingly even scientific clout grew massively till 2010, which was marked as the beginning of his downfall.

He was endorsed by celebrities and media houses and this made his market bigger and bigger day by day. It became so big that by 2007, the self-stated god-man had about 800 centres across 21 countries. His religious, political and surprisingly even scientific clout grew massively till 2010, which was marked as the beginning of his downfall.

In 2010, a sex video started surfacing all around the media. SUN TV aired a tape which allegedly showed the god-man in a compromising position with Tamil actress Ranjitha. Although he claimed that the video was doctored, his followers became very disheartened and destroyed many Ashrams. From here, an array of scandals started taking ground in Nithyananda’s life. In 2012, a rape case was filed against him and this resulted in massive destruction of his entire fan base.

Then he moved to Karnataka delayed the trial and successfully went unnoticed for 8 years. But in 2018, he resurfaced and started posting videos on Facebook and Youtube. After the resurfacing of his past, bad karma also resurfaced. In 2018, Karnataka trial courtframed charges against Nithyananda. Trials under Sections 376 (rape), 377 (unnatural sex), 420 (cheating), 114 (criminal abetment), 201 (disappearance of evidence, giving false information), 120B (criminal conspiracy) of the Indian Penal Code (IPC) were charged on him. He was even accused of illegally confining and torturing inmates in Ahmedabad Ashram.

Now it is believed that although Police is searching for him, he is in his country Kailaasa which is sourced to be located on a private island that he has allegedly bought from Ecuador, near Trinidad and Tobago.

The languages spoken in Nithyananda’s nation, Kailaasa are English, Sanskrit and Tamil. An interesting thing to note here is that there is no department of ‘women’s rights’ in Nithyanand’s Utopia.

The website of Kailaasa claims that the nation has a population of 100 million Adi Shaivites, out of which 2 billion are practising Hindus. It also claims it has 56 original Vedic nations in South Asia as well as a global Hindu Diaspora. The languages spoken in Nithyananda’s nation are English, Sanskrit and Tamil. An interesting thing to note here is that there is no department of ‘women’s rights’ in Nithyanand’s Utopia.

Also read: It’s High Time To Call Out Sadhguru And His “Rationalized” Misogyny

In this whole scenario, it will be very interesting to know how will we get back rape accused in India, get him arrested and punished for his deeds. Because now it’s pretty clear that the godman will flea one country and another, and even make his own country and laws to escape the Indian judicial system. 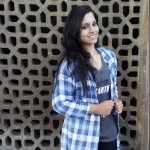