CultureCinema Film Review: Portrait of A Lady On Fire – On Queer Love And Sexual Desire In A Patriarchal Society

Film Review: Portrait of A Lady On Fire – On Queer Love And Sexual Desire In A Patriarchal Society

Portrait Of A Lady On Fire won the Best Screenplay award and the Queer Palm at Cannes in 2019 and is the first film directed by a woman to win the Queer Palm. In India, the movie is available on MUBI.
By Isheeta Sharma Jun 23, 2020 5 min read

Portrait of a Lady on Fire is a historical drama set in France. It is written and directed by Céline Sciamma and was released in 2019. Marianne (Noémie Merlant), a painter, has been commissioned to paint the wedding portrait of an aristocrat woman, Héloïse (Adèle Haenel). However, she is asked to take on this task secretly as Héloïse does not wish to be painted. The movie focuses on the relationship and romance that develops between Marianne and Héloïse as the former observes and gets close to the latter. The film won the Best Screenplay award and the Queer Palm at Cannes in 2019 and is the first film directed by a woman to win the Queer Palm. In India, the movie is available on MUBI.

We are at the end of the 18th century and Marianne is teaching a painting class when she notices one of her old works – Portrait de la jeune fille en feu (portrait of a lady on fire). We trace the story of the painting through Marianne’s memory.

It is the sound of waves crashing against each other in the next scene that truly welcomes us to the movie. If you hit the pause button right at this minute, you will find yourself poring over a meticulous work of art. Each frame of the film has been crafted in a similar form, such that the viewer gets a few extra seconds to simply observe, to absorb. It is reminiscent of one standing in front of a painting in a museum, meditating and contemplating on the emotion that it has just evoked.

In her flashback we see, Marianne has been commissioned to paint the wedding portrait of Héloïse, who has been betrothed to a nobleman from Milan. Marianne discovers that she has to undertake this project secretly for Héloïse refuses to pose for the painting, she also discovers that Héloïse’s elder sister was to marry the nobleman in question until she died of suicide. Since then, Héloïse, who had been residing in a convent earlier, has been brought home and bound to the threshold by her mother who fears she might tread the same path as her elder sister.

Marianne becomes Héloïse’s companion – the only way she can be allowed outside the house is to take a walk. The very first day that they set out, Héloïse breaks into a run stopping only at the edge of the cliff. She tells Marianne “I’ve dreamt of that for years,” Marianne asks “Dying?” to which Héloïse responds “Running”. So begins a story of love between two women which in bringing to the forefront their subjugated desires lays bare not just the politics of sexuality but the politics of everyday life.

It is through the intersection between gender and class lines that the politics of everyday life comes through in the film. Marianne does not belong to the upper class like Héloïse and hence, is struggling financially. She also does not get her due as a painter for she is a woman, but she still enjoys more autonomy and freedom than Héloïse.

Sciamma said the movie reflects what she calls ‘sorority’ and I would take the liberty of describing as, solidarity. Our third prominent female character is Sophie (Luàna Bajrami), the housemaid. Here the class dynamics between the three women are explored and often breached. When the mother leaves for a journey, the three characters fall into a wholesome rhythm. They go on walks, they read stories to each other, play cards and in one scene Marianne and Héloïse can be seen cooking while Sophie sits sewing. There is a rather potent sense of understanding and acceptance among the three of them.

In an interview about the movie, Céline Sciamma said she saw the movie as a “manifesto about the female gaze”. This commitment by Sciamma reflects so pertinently in the film that men, in their physical form, are almost invisible in the film. We see them with their backs turned or just in passing and the only time we see a man’s face looking into the camera (only for a split second), it is abrupt and marks the end of Marianne and Héloïse’s romance. The lack of masculine physical presence, however, does not take away from the shroud of patriarchy that engulfs the life of these women.

The Politics Of Everyday Life

The patriarchy, in fact, is visible in the very agency that the characters hold over their lives. Which is further expanded on in a heart-wrenching abortion sequence. Sophie is pregnant (we neither meet nor talk about the father) and she must get her child aborted.

Sophie, accompanied by Marianne and Héloïse goes to a local woman for her abortion and lies on the same bed where the local woman’s infant plays. The camera zooms upwards to give us a close-up of Sophie’s face, the infant playing with her as she gets an abortion. There is a conscious choice, in this scene, to depict Sophie as neither a demon (as the popular anti-choice narrative goes) nor a victim. The scene simply says that, after all, it is Sophie’s choice.

For Sciamma the inspiration for this scene comes from the words of the French author Annie Ernaux who wrote a book about her abortion and questioned why there was no museum in this world that had a frame called ‘The Abortion’? The female gaze here looks at rewriting History.

These are stories that are hitherto untold and in the very next scene Sciamma beautifully drives home this point. Héloïse and Sophie re-enact the abortion as Marianne paints them. Our stories need to be told, they are saying. We need to tell them.

Marianne and Héloïse’s romance has to end. The film predicts this when Marianne, Héloïse and Sophie read the legend of Orpheus and Eurydice, a legend that has been deeply studied by feminists in respect to the male gaze. They wonder why did Orpheus turn to look at his wife when he knew he would lose her if he did? Maybe, they ask, it was Eurydice who called out to him? Marianne says “He chooses the memory of her. That’s why he turns. He doesn’t make the lover’s choice, but the poet’s.” The legend is re-enacted the last time we see Marianne and Héloïse together. As Marianne is leaving, her work accomplished, Héloïse runs down the stairs, calls out, Marianne turns, looks at her and the door shuts – there is pitch darkness.

In unravelling what sexual desire could mean for women in a closed patriarchal society, Portrait of a Lady on Fire places us in a museum of memories. For it is their lived experience of freedom that the three women hold close which, much after their story, so to speak, is over. As the movie comes to a close, we have about a minute long shot of Héloïse, now a married woman and mother, listening to an orchestra that Marianne had played for her. We now don’t see her from the perspective of the painter. We see just her. A myriad of emotions play on her face, there is melancholy definitely, nostalgia perhaps but there is also the comfort of the freedom that she has, now, known. 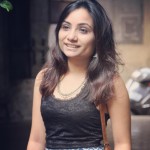 The Ambiguity And Farce Of Women Empowerment