Disclosure fluidly picks up the portrayal of trans women as sex workers which is certainly reflective of the reality in society but it intervenes here elaborating with film references that when the same assertion goes without an explanation then somehow it appropriates them with the profession.
By Shaily Mishra Jul 13, 2020 5 min read

As we see around, present times seem grim for minorities across the world, especially with the rise of fascist forces. This has nevertheless also increased the momentum of the activism and one aspect we are questioning as a part of it is, the majoritarian gaze through media representation. Disclosure, an American documentary released on Netflix this June 20 attempts to point this very cis-gender heterosexual gaze on the LGBTQIA+ community. This gaze undoubtedly has always had an omnipresence space on the screen and eventually has fortified our ways of reacting upon our encounter with transgenders.

Disclosure quotes a study according to which 80 percent of the Americans do not personally know a transgender, so the audience including the transgender community largely depends upon the media to perceive and absorb their image. When Laverne Cox, famous for her role of Sophia Burset on the Netflix series Orange Is the New Black, talks about the earliest impression of trans people on her, through TV shows, wherein she recalls that the characters who were not even identified as trans were projected in a manner to reinforce our cliched image of a trans person. This was presented by adopting a humorous mode which eventually made her ‘hate everything trans about herself’. Candis Cayne reveals here how the pitch of her voice was lowered two octaves in the introductory scene of Dirty Sexy Money (2007) to make the audience aware of her trans-ness.

Unlike how we happen to see most of the laws and discourses around minority communities getting shaped by not including any representative of that community in the panel, this documentary takes an out of the common route. The talking heads in Disclosure are the filmmakers, actors, model, producer, writer, singer, who themselves belong to the trans community and had the first-hand experience in being a part of the creation of a media text. Disclosure‘s lead progresses as each interviewee adds episodes of how they individually felt while enacting or after watching scenes from some of the most revered films and TV dramas of all times.

Disclosure takes a dig at the foremost Hollywood films which had mostly cross-dressed characters. These films, over time, also started a culture that continues till today, buttressing stereotypes around womanhood, something that is silly and supposed to be mocked at. In Disclosure, Yance Ford recalls DW Griffith not only as someone incredibly racist, referring to the scene in Birth of the Nation (1915) wherein a black man emerges from the bush in an attempt to rape a white woman but also as a filmmaker who gave no thought before joking about a gender non-conforming character in Judith of Bethulia (1914). Indeed to the world, he might be acclaimed for his contribution to cinema, for the trans he invented a stereotype to be endorsed for generations to come.

The silent-era film, A Florida Enchantment (1914) is a classic piece of the culmination of the twin fantasies of gender cross-dressing and blackface into a character to bolster the aggressive behavioural change that the character undergoes after cross-dressing. Disclosure takes us through the historic emasculation of black men by doing drag in order to lessen the threat from them, perpetuating through their hypermasculine behaviour image. When Tiq Milan says in Disclosure, “You can’t have my queerness and blackness in the same space at the same time”, talking about the representation of black queer being totally soaked out of the films, it brings us as a society to collective shame and deep reflection.

Media has always placed trans people on extremes of emotions, either someone to laugh at or someone to be fearful of. Disclosure takes a critical look at the television drama L Word (2004) where Max, a first recurring trans masculine character on a TV series eventually starts behaving callously which suggestively appropriates a man’s behaviour. Zeke Smith speaking about Max’s character puts an insightful observation, “trans men entering the lesbian community are viewed as traitors to feminism”, referring to how the lesbian perspective of the series always intimidated Max to contain to his womanly body. Disclosure further talks about the unawareness surrounding trans men who are rarely recognised in Hollywood compared to trans women, because the latter being more of a commodifiable asset to the industry.

Disclosure fluidly picks up the portrayal of trans women as sex workers which is certainly reflective of the reality in society but it intervenes here elaborating with film references that when the same assertion goes without an explanation then somehow it appropriates them with the profession. It also talks about crime based TV shows or films with transgender victim narrative (also in some of the Hitchcock’s notable films), where they are murdered or are on the way to die sooner or later, both by the virtues of their biological body.

A lot of sensationalism around transgender bodies for decades have been around sex change surgery which to all the talking heads seemed as if those who were being questioned seen as objects in a circus to be looked at and be amused about. In addition to this, all of them strongly resonated an emotion of hatred with the idea of disclosure of the trans characters where the ancillary characters felt betrayed or lied to. So much so that the ancillary character begins to puke and wash their mouth terribly, in case this disclosure happens in the middle of a make out. Jen Richard candidly speaks about it in Disclosure, saying, “it presupposes that there is something to disclose, which presupposes that the other person might have some kind of issue or problem with what’s to be disclosed, and their feeling is more important than mine.“

Closer home, we have seen a similar depiction of Bobby Darling, a trans woman Bollywood actress, in countless films.

Disclosure in its very attempt of delivery throws a jibe at the traditional ways of representing trans people. Tre’vell Anderson, a journalist and a film critic precisely put here, “If you choose to insert yourself in telling of a particular community’s story, you need to realise the privileges that you have.” With Netflix series like Sense8, with its lead character of Nomi Marks being a transgender person, it was the first time a trans person was put in writing. Disclosure, towards the end, conveys that trans representation has come a long way but things could change with a spin of a dime unless they are part of the significant process of media production. Disclosure – that is impeccably high on the personal note in a literal sense, fits you in a trans shoe, slowly allowing you to absorb their perspective, feeling every skip of their heartbeat like never before. 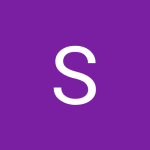 Shaily is a final-year undergraduate student of journalism at Kalindi College, Delhi University. She is a budding cinematographer who better likes to be called a feminist visual storyteller. She mostly drifts around mining the repository of forgotten and underrated Indian Cinema or attempts to unclog her writer’s block.