HealthBody Image 6 Things Your Fat Friend Needs From You

Your fat friend endures the physical and emotional stress of fatshaming alone. Here are some ways you can help.
By Vandana Likhmania Jan 21, 2021 7 min read

It was a serene August morning. In the early days of the new semester, only a few outstation students had returned to college and most of our classes for the day had been cancelled. The sun remained aloof, hiding behind tranquil clouds that cast grey shadows making empty threats of rain or so we thought. A friend and I were sitting in an open corner watching the day go by, untouched by the stress of unfinished assignments we were yet to be assigned. “I really want to eat pasta today,” she said. “Then eat it,” I replied, with the nonchalance of a young adult who had little to worry about. The world seemed full of possibilities. “But then I’ll have to work out to burn the extra calories,” she reciprocated the indifference with a touch of disappointment. And I felt my heart sink, like it had many times before, on that calm, unmoving day. Tight-lipped, I waited for the shame that had begun to fill my lungs to subside. The pretext behind the impact was that I am undeniably and irrevocably fat while my friend was conventionally thin.

In the past year, I have become increasingly conscious of the ways women particularly are encouraged to hate themselves. But even in that self-hate, I have always felt alienated among my straight-sized friends who only felt fat when I visibly, obviously was. They were scared of putting on weight while I was living their nightmare. Women seek and invariably find solidarity by expressing their anxieties about their bodies, their double chins (that don’t even exist), their pudgy fingers (that are really just thin), or their fat rolls that disappear when they stand up (our body tend to folds on itself when we sit down). And I learn time and again that the worst thing that could happen to these women would be looking like me. And if they consider themselves fat then what am I supposed to be? During each such incident, where a straight-sized friend has cursed and called her body average, attaching labels that have so often been reserved for mine; my self-esteem has taken harder blows in comparison.

As dismal as the pandemic has been, this is also the first time I am not self-starving. I no longer feel the need to wait for the emptiness in my belly to poke at my chest or the adiposity in my arms to shrink and disappear before I can unapologetically live my life. Yet despite being surrounded by hard-backed books that finally recount incidents I can relate with, it feels lonely to traverse the world as a fat person. While my outlook towards myself has changed, it has not affected how I am treated by those around me.

Pandemic jokes about weight gain or the newly invented stigma of association of fatness as a COVID-19 risk factor (even though studies have already refuted the claim) have offered no solace. Fat people face bias everywhere, during a visit to the doctor when they are not compassionately cared for but blamed, at gyms, parks, stores, and pools where we are denied space and movement; in Instagram and Facebook comments, and especially among relatives who take it upon themselves to offer unsolicited advice like we haven’t already heard and tried each one before. Moreover, the modern body positivity movement has failed fat people by centring those with conventional bodies rather than institutional body-based oppression.

Your fat friend, sibling, or cousin, endures the physical and emotional stress of this incessant shame alone. And while we organise and re-learn to examine our biases, they also need your support. Here are some of the ways you can help:

1. Recognise and acknowledge your own anti-fat bias

The prejudice against fat people is loud and clear with a pre-conception of fatness as lazy, vile, gluttonous, immoral, unholy, pathological, and failed thin bodies. Employers are less likely to hire fat people who tend to pay them less while doctors are actively taught weight bias. We have been conditioned by a society that overvalues thinness and demands conformity. To the extent that derision against all those who don’t fit in is justified.

Harvard University’s Implicit Attitudes Test on weight bias is a great way to gauge our attitude towards fatness. It indicates underlying biases we unknowingly foster which manifests into our everyday thoughts and actions. It is important to recognise and accept that you may have, unknowingly so, harmed and furthered the exclusion of fat people. It is only by acknowledging that these biases exist can we begin healing. It is bound to be uncomfortable to accept that we have at some point perpetuated anti-fatness and hurt our friends but we need to sit with that discomfort. Examine and learn from it. Our fatphobia may not be our fault but it is our responsibility.

Learning about fat politics felt like someone applying chest compressions to force the water out of my lungs. It was hard-hitting but it also saved my life. It woke me up to the ways I faced bias every day that I didn’t even notice before. And it was immensely empowering to learn that I have not failed and that none of this has been my fault. It first made me angry for all the times I had been lied to about and despised my own body. But eventually, I realised that it is not about making myself small to fit in but rather making space for everyone to exist.

Some of the key truisms I learnt are:

Understanding the racist, patriarchal, and ableist roots of fatphobia helped ease my dysmorphia. A non-fat person stands to gain equally from learning about fat politics as it allows you to be more compassionate towards your fat peers and make a safer world for them; and give up your own fear of fatness and self-hate we are conditioned to internalise. It gives you a direct insight into the kind of stigma fat people face every day. It is only by being able to identify discrimination and oppression can you follow the next step.

3. Make efforts to heal your relationship with your body and others

As you begin to look at the specific ways you may have caused harm, take time to look at how anti-fatness may have wounded your relationship with your own body. Think about the times you have tried to change your body through restrictive eating and diets. Think about the ways the world has taught you hate that you have inflicted upon yourself. Because your perception of fatness often leaks out around your fat friends as anti-fat microaggressions and it hurts them just as much as it hurts you. Often our well-meaning comments and language betrays our intentions and comes across as microaggressions to those dealing with trauma.

Consider the common anti-fat myths you have been led to believe that have severed your relationship with others, trace them to their source, and you will find that they are never based on facts but societal judgements. Learning that these beliefs are not based on factual, researched evidence but are rather in contradiction to them makes it easier to uproot them.

So when you learn the truth about diets and weight loss, stop recommending them. When you learn that fatness isn’t inherently bad, that our intolerance of them is conditioned, instead of saying, “You’re not fat, you’re beautiful,” let your friends define their own body. Stop telling your friends what they should eat or what clothes to wear. Stop complimenting weight loss as a positive transformation. And work towards improving your relationship with your own body. A great way to start that is with the Health At Every Size community.

4. Speak up against fatphobia

Actively challenge fatphobia as and when it shows up around you. Rally for inclusion and a diversity celebrating environment wherever possible. Speaking up against anti-fatness is not considered cool and you may have to do it at the risk of losing social capital. But stand up for your fat friends publicly, on social media, ensure there are armless chairs in a restaurant you visit together, at a clothing store if they will be stocking plus sizes in the future, and offer to accompany them to the doctor. Often, fat people are left to defend and advocate for themselves and it would make a major difference to have someone to back us up. Setting a boundary against fatphobia and interrupting it when you see it play out is not only a step towards positive change but also sends a clear message to your fat friends.

Also read: How Did NIH & WHO Perpetuate Fatphobia Through The BMI?

5. Talk to your fat friends

We tend to conceal our prejudice from ourselves because confronting them is often uncomfortable. It can make a grave difference in such cases, to ask for feedback from those you have to live through that oppression every day. Talk to the fat people in your life, ask them about their experiences, and listen with an open mind. Ask them what you can do to support them. If you feel any defensiveness, examine its source.

As a fat person, the popular media seems grey and monotonous where thin is the rule and fatness is either invisibilised or ridiculed. It is emotionally exhausting to watch a new film or show because most feature fat jokes (even in the absence of relevant context or any fat characters). And each time I have to brace for the impact of the shame these elicit. Social media too is inundated with before and after pictures, ‘what I eat in a day’ posts by influencers, and hate comments.

“(If) we don’t see ourselves reflected in the world around us, we make judgements about that absence. Invisibility is a statement. It says something about the world and our place in it,” Sonya Renee Taylor says about the lack of fat representation. So while we speak up and wait for the world to change, a way to counter this inundation of thin hegemony is to diversify our feed.

So fill your Instagram with people who are your size and fatter, anyone who challenges symmetry, size, scars, stretch marks, and defy convention. Follow fat positive creators and artists and read the works of Dr Sabrina Strings, Your Fat Friend (Aubrey Gordon), Sonya Renee Taylor, Sophie Hagen (with bonus dog content), Ragen Chastain, Roxane Gay, She’s All Fat, Cat Pause, Fatso podcast and so many others.

Healing and recovery is a process and these are only some steps you can take to begin the work. Even the smallest acts of kindness that make us feel seen as whole individuals can go a long way towards progress. And while your fat friends bring the revolution, you might find yourself alongside them. 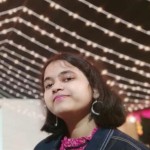 Vandana is a fat feminist and writer with a special interest in history, gender, films, rock music, and British panel shows. With a bachelor’s in history from Lady Shri Ram College for Women, she recently finished her post-graduate diploma in creative writing. She can be found on Twitter and Instagram.

What Do Collarbones Really Signify?

The Conundrum Of Being A Sanjay Leela Bhansali Heroine

Video: How Has The Indian Government Failed Dalit Women?