Health Gasping For Breath: The Problems Of Private Healthcare In India

Gender and caste dimensions of accessing healthcare brings in questions about the private healthcare systems in India
By Suyashi Smridhi May 13, 2021 5 min read

According to the World Health Organisation (WHO), “Universal health coverage means that all people have access to the health services they need, when and where they need them, without financial hardship. It includes the full range of essential health services, from health promotion to prevention, treatment, rehabilitation, and palliative care.”

The WHO also mentions that more than half of the world’s population do not have access to health care, and that a 100 million people are pushed into poverty every year because they have to spend extravagantly on healthcare.

As India reels under the second wave of the coronavirus pandemic, it is important to understand how private healthcare systems make access to healthcare unequal.

Universal healthcare systems are specifically necessary for women, who are more likely to live in poverty than men and would therefore find it more difficult to afford healthcare.

In such a scenario, it is important to evaluate the unequal access to healthcare from a feminist perspective. In the paper ‘Feminism and public health ethics‘, WA Rogers writes, “a feminist approach leads us to examine not only the connections between gender, disadvantage, and health, but also the distribution of power in the processes of public health, from policy making through to programme delivery.”

A feminist lens can also look at other forms of discrimination (like caste) that leads to unequal access to health care.

Women usually live longer than men. This is clearly demonstrated by the fact that the adult mortality rate among women is close to 30 per cent lower than that in men. But comparatively, they suffer more from illnesses. Along with their reproductive and sexual health needs, they also have to suffer more from chronic issues like cardiovascular diseases, mental illness, diabetes and osteoporosis. This higher morbidity means access to healthcare and healthcare systems becomes even more important for women.

Ill-health affects everybody. But the problems get compounded for women because of various factors like lack of access to and control over resources, restrictions on mobility, and unrecognised care work burden.

Adding ot this, there are persistent problems like higher levels of anaemia and malnutrition among Indian women. According to the first phase data of the latest round of the National Family Health Survey, (NFHS Round 5), more than half the women in the country are anaemic.

Gender discrimination in access to healthcare is illustrated by a joint study conducted by researchers at the All India Institute of Medical Sciences (AIIMS), Delhi, the Indian Statistical Institute, Prime Minister’s Economic Advisory Council, and Harvard University. Among the outpatients who visited the AIIMS medical facility from January to December 2016, experts found that only 37 per cent were women.

The research also showed that a woman’s reproductive age was a big factor in determining whether she could access a doctor or not. Girl children and adult women up to age 30 who did consult a doctor at AIIMS were significantly lesser than those between 31 and 59 years of age.

In India, discrimination on the basis of caste is deeply mired in society. The fourth round of the National Family Health Survey (NFHS-4) sheds light on caste discrimination in terms of health indicators.

Caste even affects access to healthcare. According to an ethnographic study published in the Economic and Political Weekly, caste discrimination is obvious in terms of infrastructure.

In the village of Meenkera, where the writer, Sobin George, conducted his study, he found that there were different health centres for different social groups. Despite the existence of a strong dalit consciousness in the village, George asserts that even the Dalits have normalised this differential access to healthcare. Needless to say, health care facilities are far worse for Dalits than for others.

The think tank also mentions that India’s expenditure on healthcare grew by only 0.39% between 2011 and 2020, while its population grew by 160 million.

According to Mark Britnell’s In Search of the Perfect Health System, the health policy of various Indian governments has focused on developing private health infrastructure, while funding some public health programmes for targeted groups/diseases.

With criminal underinvestment rendering public health systems unable to cater quality healthcare to the masses of people that seek it, it is no surprise that the private sector is the dominant player in the healthcare arena in India.

With close to three-quarters of healthcare expenditure in the country coming from the pockets of households, it is also fairly intuitive that the catastrophic healthcare costs push families into poverty.

The lack of regulation in the private sector leads to drastic variation in quality and costs of services. These factors further discourage women whose needs usually occur as an afterthought in family expenses, from seeking healthcare.

The need for universal healthcare programmes

Infant mortality rate is considered a good indicator of the health status of a country. Professor Nagaraj Karkada, in his book, Poverty Matters, explains that there is no reason for a child to die at birth, unless the health infrastructure is not up to the mark.

In India, the infant mortality rate has steadily improved over the years. However, it continues to be quite high in comparison to other countries with universal healthcare.

The infant mortality rate is 3.6 in the UK and 5.6 in the US. Even Cuba, which has a much lower income than the US, performs better on health indicators, among other factors, due to the existence of universal healthcare.

In fact, UK’s universal National Health Service (NHS), which has a very low level of exclusion is a great example for the success of socialised medicine. As compared to the US, where health services are privatised, the UK performs far better on the health indicators in the latest Human Development Report of 2020. The life expectancy at birth in the UK is 81.3 years while in the US it is 78.9 years.

Thus, universal programs are more beneficial than targeted programs meant to alleviate only a select group out of poverty, something that can result in high levels of exclusion. Universal healthcare could result in women and other vulnerable groups having a better chance of accessing and affording healthcare, which is crucial in making their lives filled with lesser problems. 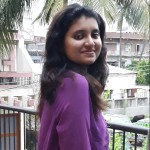