Tarun Tejpal Acquital: A Judgment On The ‘Appropriate’ Behaviour Of Sexual Assault Victims

In the Tarun Tejpal verdict passed by the Goa District and Session's Court, despite the presence of a letter written by the harasser testifying to the offence, the judge, in a detailed order that defied logic.
By Samriddha Dutta May 31, 2021 5 min read

In the recent verdict passed by the Goa District and Session’s Court in the hearings in Tarun Tejpal’s case, despite the presence of a letter written by the harasser testifying to offence, the court presented a botched up pattern of evidence that defied logic. The basic conclusion drawn, as has been a frequent pattern in several other contemporary hearings across the country, was that the victim failed to act in a mannerly or normative code of conduct as befitting the survivor of sexual assault.

The survivor had not behaved sufficiently victim-like, either during or after the violation, had not fought strongly enough during the act of assault, did not seem aggrieved enough in her conducting of daily affairs after the supposedly life-impairing event, or even, did not match in physical or mental appearance someone who could be easily victimised. In the Tarun Tejpal case, the prosecutrix was guilty of being a physically fit yoga trainer who had not pushed the violator away from her while being pushed against a wall, had established contact with the perpetrator via WhatsApp (the fact that the survivor was reporting under work to the former who happened to be her senior does not account for credibility) and stayed in Mumbai, the place of the incident after it had taken place.

Tarun Tejpal was accused by the survivor of trapping her inside a lift and forcefully kissing, molesting, undressing her while also attempting to perform oral sex. While she clearly maintained that that her senior colleague was capable of committing something such as this was unimaginable for her, Kshama Joshi, the Additional District and Sessions judge chose to word the order verdict so: “If the prosecutrix (victim) had held her jaw firmly closed how would it be possible for the accused (Mr. Tejpal) to put his tongue into her mouth? If the prosecutrix pushed the accused instinctively and reflexively, why wouldn’t she push the accused before he kissed her?”

Also read: A ‘Good Rape Victim’ Is A Dead One | Analysing Public Sympathy In India

There have been allegations by survivors of being laughed at during hearings, leave aside the utterly foul and surgical language used to describe the act that require the utmost sensitivity of handling. Added to the harrowing details of examination and cross-examination a survivor has to be find themselves being subjected to while standing in the witness box before the scrutinising eyes of a sensation-mongering media and voyeuristic general audience. The trial for sexual assault cases is equally traumatising as the lived event, especially in a country like India where our courts and lawyers, including the Chief Justice of India lack the basic awareness about the nuances of having one’s sexual agency violated, perhaps even about the entire act of sex itself.

In such a scenario, it is easy for narratives by survivors in court to contain inconsistencies. Especially given how it would be difficult for a survivor to elaborate on the minutest of details of their assault pertaining to immensely private and personal subjects of conversation? Not only does it further strip off the survivor of their dignity and agency, it forces them to relive the entire ordeal, which is doubly violative. In 2013, Frances Andrade, who was sexually assaulted by Michael Brewer, who formerly taught her music, described the experience of standing in the witness box as being “raped all over again”.

Most usually, for the imagination of the larger Indian populace, rape or assault involves bloody and gruelling scenes of violence eliciting an equally ferocious response from the survivor who fights tooth and nail to ward off the assailant from taking over. We owe much gratitude to popular media representations of rape and graphic violence for this rooted notion about sexual assault. The fact that in cosmopolitan environments of life and work, where women (and men, mostly the former) have to deal with uncertain behavioural patterns and grey areas of mutual interactions with colleagues and mostly those in positions of power are matters a lot of people find difficult to acknowledge.

That more often than not, sexual assault in a so-called sophisticated urban setup occur between parties who are acquainted with each other from before, perhaps even had certain romantic exchanges in the past (this possibility is in no way any indication to the nuances of the Tejpal case) are blasphemous for people to consider. Even otherwise, no matter what set-up or premise, the responses of a victim of rape during and after the act cannot be assumed to be homogenous based on the society’s preconceived notions.

Even more is the possibility that often past sexual partners commit acts of rape or assault, the severity of which can in no way be mitigated by the nature of prior alliances. Often an act of consensual sex can turn into rape as sex involves layers and layers of consent with each and every step performed. Often an instant of abuse can trigger sheer shocked paralysis or frozen disbelief on part of the survivor who does not find it in themselves to summon the mental faculties needed to be present to put up a fight. Often the severity of what happened registers in the mind of the survivor long after the attack has taken place. Often the survivor stays in denial and maintains normal interactions with their abuser who might be a close acquaintance, colleague or former partner in order to maintain a semblance of normalcy so as not to face the enormity of the shock and violation they have undergone.

These are tough realisations, bitter ones, ones that are easier to put into moral brackets of good and bad rather than to understand. It is easy to label a survivor who does not fall into the accepted compartment garnering sympathy and support as an available woman who was probably ‘asking for it’. The greater society’s support to survivors of abuse are conditional. The more victimised an image the survivor matches up to, the more stripped of agency, the more helpless; the greater is the sense of retribution and justice.

A survivor well in control of her sanity post the trauma-inducing act, one that does not shrink into a corner terrified, visibly unstable or terrorised is an unworthy victim whose narrative holds no credibility, is implausible.

It is either that our law schools need to introduce special sex-ed courses for aspiring lawyers to grapple with the vast subject of human sexuality with all its murkiness, ambiguity and grey areas, or cases of sexual assault have a mandatory panel of sexual health experts and counsellors present on scene to guide through the particular nuances of each case of violation of sexual agency. No two cases of sexual assault are similar, be it in their contextual settings or case histories. However, every instance of violation, irrespective of former relations between abuser and survivor or the nature of initiation of abuse is equally severe and criminal.

Left to the sole discretion of our empathetically incapacitated courts and judges, with compromised senses of awareness regarding the act of sex or human sexuality in general, abuse cases are doomed to meet disastrous fates. A slew of such unfortunate and ill-informed judgements are its very proof. 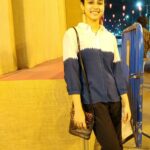 Samriddha is presently pursuing her Master’s degree in Literature in the final year from University of Calcutta. She is interested in writing and journalism. You can find her on Instagram.

A Response To The Recent Upsurge In Anti-Feminist Videos

In Conversation With Bhuli: A Platform For Social Good Through Art