Directed and written by a 25-year-old writer-director Emma Seligman, Shiva Baby will make you anxious, and absorb you in ways you didn’t think you could be consumed.
By Prachi Sharma Aug 2, 2021 3 min read

I wonder if it is the camera or the writing or just the hostile honesty of Shiva Baby that instantly makes you feel claustrophobic. Shiva Baby promptly reminded me of the famous French philosopher’s, Jean-Paul Sartre’s,’ Hell is other people’ but with a twist of dark comedy.

Directed and written by a 25-year-old writer-director Emma Seligman, Shiva Baby will make you anxious, and absorb you in ways you didn’t think you could be consumed. Its irritable but you continue to laugh and watch it. Trying to distract myself from the current anxieties of my life I started to watch this film, only to find myself discomforted with every passing minute.

As the film opens, you meet Danielle, played by actor and online comic Rachel Sennott. In one scene she is having unattached sex for money and the second scene onwards it feels that she is on the verge of a breakdown, continuously. Danielle, in her late teens or early twenties, is dealing with self-deprecation mostly huddled onto her by the close knit community of her parents.

Danielle represents everything that is wrong with our expectation of young people. She represents you and I under the disrespectful gaze of our communities, judging us, discussing us mostly without empathy. Danielle and Shiva Baby are a superb representation of what societies can do to a young person’s self-imagery. The film is shot from the perspective of the protagonist with heavy patronising undertones. No boundaries, physical or emotional are maintained, people touch her, sing for her, remember her as a chubby girl who couldn’t get a boy and break her emotionally many times in one evening.

This approximately 80 mins of dark comedy is shot in one location and will unfortunately make you revisit every uncomfortable family gathering that you’ve had to go through. Danielle is aimless, studying gender (which is not a career, obviously), lies about preparing for business or law, her current occupation and some prospective job interviews – finds herself surrounded by intruders as she goes through a Shiva, a Hebrew word meaning “seven” and refers to a seven-day period of formalised mourning by the immediate family of the deceased. At the Shiva she meets her ex-girlfriend Maya, who is rather organised and an apple of everyone’s eye and her current Sugar Daddy. She is constantly questioned about her eating habits, weight, size, academic choices and the list is never ending.

It is the self-awareness and the honesty of Shiva Baby that haunts and amuses you. Some would even classify this under the category of comedy or romance. For me this was a comic thriller, if there is a classification like this. The screenplay shot at one location, filled with unapologetic gossip and small talk coupled with unsettling background music gives it the feeling of a thriller. One always feels that something is going to happen, most probably a breakdown. The only comforting scenes are when Maya and Danielle, still in love, confront each other about their needs and desire for the other.

While Sennott carries most of the weight of the film, the entire cast delivers just exactly what they have been designed to do, indulge you in gut wrenching discomfort. The parents are specifically adorable, helpless, obnoxious but well meaning, Fred Melamed as her father and Polly Draper as the mother. Maya played by Molly Gordon, is everything the society wants Danielle to be. Gordon plays Maya with an intense and bitter feeling of leftover love. Right from the first eye contact you know there was history but unsure if it was pleasant or nasty, they definitely are somewhere in the middle.

Shiva Baby touches the taboo around sex work and yet the convenience of it for a young privileged woman. It comments on disillusioned marriages, our archaic notions of secure professions. It mirrors how feminism is often perceived by many and establishes it as a lens. In its multi layered projection of a society it communicates many difficult experiences but yet leaves you with a smile as it wraps up.

Watch Shiva Baby for its solid portrayal of being a millennial, new age parenting, marriage and love. Watch it to be overwhelmed as it rarely happens that you want to scream with a character, as the lump in her throat and bottled up emotions feel like your own.

Shiva Baby is streaming on Mubi.

All images are stills from the film Shiva Baby 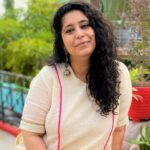 Sudha Bharadwaj: The Voice Of The Marginalised And The Oppressed