CultureArt & Poetry The Commodification Of Frida Kahlo: The Artist Beneath The Image On Cushions And Tote Bags

The Commodification Of Frida Kahlo: The Artist Beneath The Image On Cushions And Tote Bags

Frida Kahlo has been exoticised and commodified on merchandise and other products without any attention to her life, art or politics
By Neha Anmolu Nov 24, 2021 7 min read

Internet algorithms don’t have to work hard to suggest the next Frida Kahlo merchandise you need. Frida’s face is featured on products of multi millionaire brands, online thrift shops as well as roadside stalls. Magdalena Carmen Frida Kahlo y Calderón, popularly known as Frida Kahlo was a Mexican surrealist painter who is considered one of the most significant artists of the 20th century.

Known for her intense self portraits, she painted her physical pain and agonies, while also using elements from her native culture, the Mexican Revolution and her own turbulent love life. She painted 143 paintings which include 55 self-portraits. Frida’s image still stands as a trailblazing feminist pantheon. “I paint myself because I am so often alone and because I am the subject I know best‘, she said, as she painted herself in different scenarios, in a surreal world. She was deeply political and today, her art and life still inspire young women, the LGBTQIA+ community, indigenous communities and people with disabilities.

In one of her paintings titled Self-portrait on the Borderline between Mexico and the United States, Kahlo painted herself pretty in pink, caught between the indigenous Mexican culture and the smoke-belching Ford factory. Amongst everything else this image screams, commodification, I doubt, is not one. But sadly, the artist herself has today become the most commodified in terms of merchandise and other products, and somewhere in between, we have perhaps lost the essence of her artistic and political spirit.

“At the end of the day we endure much more than we think”, said Frida. She endured polio at 6. The disease crippled her right leg, which grew shorter than her left and gave her a limp. At the age of 18, she survived a bus accident which broke her shoulder and collar bone. Her spine broke in three places, her right leg in eleven places. But Kahlo never painted the exact description of that near-fatal bus accident.

Instead, she painted something titled The Bus, as she said, “I suffered two grave accidents in my life, one in which a streetcar knocked me down….The other accident is Diego.” Her husband and revered painter Diego Rivera’s infidelity stayed with her as an unsolicited emotional scar.

Frida Kahlo was her own muse, the subject she wanted to know most. All her 55 self-portraits can be looked at as chapters of an autobiography. Her choice of clothing and indigenous aesthetics intertwined her political belief and intersectional identity. Her peasant clothes, intricate hairdos with blossoms, her mustachioed and monobrowed, fierce face, all encapsulate her expression of self, and individuality.

Like her painting, she meticulously wore her life experiences as symbolic motifs. She painted the red hammer and sickle on the chalky plaster-made surgical corset showing a tender image of the foetus. She chose the brightest red colour to paint the Marxist political ideology and juxtapose it with a foetus, on the womb of her cast.

Frida conveyed both emotion and physical pain through her pet deer “Granizo” who was the model in her painting The Wounded Deer. Wounded Granizo with the face of Frida in between the dead forest and broken branches portray her fears and desperation, wit the stormy lighting in the background as a suggestive possibility of hope.

This painting has multiple interpretations by many art critics – some say it expresses her frustration over the several botched up surgeries she endured, or her lack of control over fate and destiny. Some interpret it as her sexual desires and failed relationships. Frida gifted this painting as a wedding gift to her friend Arcady Boitler with the note “I leave you my portrait so that you will have my presence all the days and nights that I am away from you”.

Also read: Flipping Through The Diary Of Frida Kahlo: An Intimate Self Portrait

Frida had a miscarriage because of the injuries she had in the past. To distract the sorrow, Diego encouraged her to try to paint on tin panels. Henry Ford Hospital is her first painting on metal sheets. She painted this intimate, deeply personal experience on the sheet, depicting herself at Henry ford hospital, laying naked on the bed naked in a pool of her own blood and loss.

This painting is a reflection of the pain she endured, during her miscarriage. There are six objects around her in the painting. A male foetus based on a medical illustration, a wilted orchid that looks like an uterus, a red ribbon resembling umbilical cords holding against her stomach and a, the snail representation of the slow procedure of the operation. Her twisted limbs and the tapped legs of the bed are the helplessness, disconnection and discomfort she is trying to escape.

She also painted her prosthetics post the amputation of her leg. She turned the usual ugly and miserable prosthetics into a beautifully moving leg that changed disabled representation in fashion. Frida Kahlo’s perfect, barbie-like body and white-washed Snapchat filters have been commodifying her identity for sales and traction. The representation of minorities is getting better, but the appropriation of someone like Frida Kahlo by mainstream avenues is an encroachment into their history.

The sensationalising of her life has overshadowed her sensational art. The defiant, confident gaze of her self portraits is a canvas of physical, emotional and political expression. As in art, her life was also courageous and extremely empowering. Frida’s paintings showcase her pride in her culture, motherland and ideology. Her composition of colours instantaneously makes her art more intimate and personal as if the viewer knows her, maybe as a friend. All her techniques made her art collectively cumulative.

She was part of the blood flooded, decade-long Mexican revolution for equal rights against the dictatorship of Porfirio Diaz. She established herself as a paragon of New Mexico. The cultural representation of indigenous heritage in her paintings worked as an upshot in the revolution. She dominated and helped to create a less Eurocentric identity. She located New Mexico’s revolution in her heart.

She used folklore, symbols and her Aztec mythological mind using monkeys, skulls and hearts to explore the core of heritage. In her self-portrait on the Borderline between Mexico and the United States, she wears a necklace of the Aztec goddess Coyolxāuhqui. She layered her art with multiple identities – a personal identity, a gender identity, a national identity. Due to this complexity, her art is still relevant and deeply relatable to modern audiences. Her stoic, inscrutable gaze through the canvas makes you feel. Her identity is not happenstance.

Many criticised her amateurish style, which had flattering depth and skewed anatomy. She was very aware of her style. She adapted surreal realism from Mexican Votive Paintings called Retablos or Ex Votos. This style is a gem of local Mexican artistry found in home altars and Churches across Mexico. In her art, she gives an edge to Mexican art and elevates the folk art. She destroyed the wall and made it more audience-friendly, so anyone could engage, relate and even replicate it.

Popular culture has created a doppelganger of Frida Kahlo that is present in Instagram highlights, reels or suggestions on other mobile phone apps. Compromising her identity and letting the world bid on her is saddening. She is just not commodified, but this commodification has also made her exotic. Frida was an anti-capitalist feminist. Her political ideology and her contribution to the Mexican Revolution through her art are all lost to the aesthetics of her clothes and hairdo in popular culture.

Her image is glamorised on merchandise, depicting her in immaculate health, with perfectly done makeup. Her queerness is also sanitised and every nuance of her artistic and personal struggle is lost in the process. Brands ignoring a person’s ideology to make products cooler and diverse miss the point of recognising why we must celebrate the person in the first place. Ignoring her grief, resilience, wit, strength and other larger parts of life for the sake of aesthetics is ridiculous and problematic.

It was not just her eccentric fashion that made her a pioneer. Frida Kahlo is a lot more than her facial features on tote bags. Her vulnerability, honesty in art and her staunch spirit kept her alive. As we popularise her and use her to build a market for products, we must pause and reflect on whether we do justice to her incredible life and the values she vouched for.

Also read: Frida Kahlo – The Woman, The Artist, The Feminist 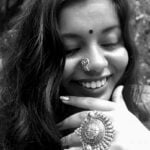 An existentialist art lover, who is dodging the Kafkaesque world by just flipping the pages and sipping coffee

Can Mere Representation Be The Solution To Problems Like Racism?

Women Computers From Harvard Who Mapped The Universe