IntersectionalityGender Headscarves Were Outlawed In 1983, But The Church Still Insists Women Wear Them. Why?

Headscarves Were Outlawed In 1983, But The Church Still Insists Women Wear Them. Why?

It was made into a Canon law 1262.2 in 1917 that a woman should cover her head and wear modest dress while attending holy rituals or if she is in the holy church, meanwhile men were not to wear anything to cover their head.
By Anne Mary Shaju Nov 25, 2021 5 min read

Being born into a Catholic family and at a point before the pandemic when going to church every Sunday was the norm, there were numerous occasions when I was stared at for not properly wearing headscarf and covering my head in the church. Even today, therefore, fearing that stare, I would cover my head even if I would not want to. Not only the priests or the nuns, other church members would also look at us as sinners if we were to walk to the church one Sunday having left our headscarves behind. Once, the priest announced in Church that women not covering their headscarves were to leave the church by reading out:

He then goes on to read out: 1 Corinthians 11:13 “Judge for yourselves whether it is proper for a woman to pray to God in public worship with nothing on her head”.

These Biblical portions say that a woman should compulsorily cover her head if she stands in the altar. While the Bible has been interpreted in manifold ways over generations and the meanings change corresponding to the version of the Bible being read and the church denominations, talking to a few of my friends who practice Christianity, I realised that the Church’s rigidity when it comes to enforcing that women cover their heads varies. Although this is not a uniform practice, there are instances wherein the churches are less lenient with women in villages not covering their heads as compared to women in cities and belonging to upper class households flouting this rule. A friend spoke about how she was denied the chance to partake in the sacrament of receiving the Holy Communion because she was not covering her head at a church service in Delhi.

It was made into a Canon law 1262.2 in 1917 that a woman should cover her head and wear modest dress while attending holy rituals or if she is in the holy church, meanwhile men were not to wear anything to cover their head. Reportedly, this canon was dropped in 1983 when the new Code of Canon law was developed. However, by then the practice was well into use. Women covering their heads during St Peter’s time was seen as an act of modesty, so despite not being legally bound by the law to cover their heads, women continued to do so because of the societal acceptance the act has received over years.

Which is why, we sadly still find women in different churches in India covering their heads. The church heads have often taken to humiliating the women under the garb of chastising and moral policing them, for not wearing headscarves, often making the women feel like they do not belong.

When I started writing on the issue of the politics of headscarves in churches, my intention was to question the Church and its patriarchal elements, but this enlightenment made me question the silence. I can quote numerous times when not wearing a headscarf was questioned but not a single experience of a priest stating that such a law does not exist anymore and the element of choice.

Rules do bend. Over time, we have seen the church become more accepting of conventions. However, it seems like the church still struggles to “understand the complex ways in which women are, and have been, subjected to systematic subordination within a framework that simultaneously acknowledges new political possibilities for women, drawing on traditions of dissent or resistance while infusing them with new meanings”, to quote Janaki Nair.

Now, having discovered that such a law does not exist, the silent judgmental stares would not bother me. At the same time, it saddens me to know of the lack of legal stature of this age-old patriarchal enforcement which the churches in Kerala or India have kept silent so far on, as a way of ‘controlling’ the autonomy of women. Further, it affects me to think how refuting to comply to this act has to be based on the non-existence of such a law and thus, how the church has “granted” me the right for my “revolutionary act of not covering my head”. That is, if there was no such law in place, our stand on why this was discriminatory, limiting and rooted in moral policing women would have stood no ground.

I, therefore, see this article as a contemporary documentation of the evidence that the Church law does not force women to cover their heads but the church leaders force women to do so by shaming and moral policing them. After all, if not for my own feminist values, I am following the Canonical laws, right? 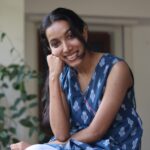