IntersectionalityGender Debating And Public Speaking: Why Are Women Expected To Be More Objective And Less Emotional Than Men?

Debating And Public Speaking: Why Are Women Expected To Be More Objective And Less Emotional Than Men?

Many women debaters feel a persistent need to prove themselves as more ‘objective’ and not emotional, leading to instinctual self-policing.
By Stephy Stephen Jul 7, 2022 6 min read

If one were to search for the word ‘debater’ on Google, more than half of the images that pop up show a man speaking. This stereotypical visual culture has socialised us into thinking that debating is technically a man’s vocation. This internalised, gendered notion affects the expectations and outcomes of debating as an art or a competitive event.

Conversely, it creates what is known in psychology as a ‘stereotype threat’ for women – which refers to the possibility of a negatively stereotyped group performing worse, due to the persistence of the stereotype. The reluctance of many women to engage in debate settings, especially when they have to go up against men, could be explained through this phenomenon.

During the Presidential debates in the United States in 2016, some observers noticed the different metrics that were employed to comment on Ms. Hilary Clinton’s speeches – she was either too emotional or did not smile enough. While exploring this, Anna Waters, a former debater-turned-coach has laid out certain characteristics that are unique to the evaluation of women as debaters.

The most commonly used criticism for women is the pitch of their voice and by extension, the adjectives used to desrcibe them – annoying, screechy and the like. This obsession with the general appearance and packaging of a woman’s message rather than its actual content is by no means exclusive to debating. The most recent example is the internet’s persistence on painting Amber Heard as the villain by mocking the way she said certain statements or her facial expressions, with little heed being paid to the actual content of the trial.

This intense scrutiny of micro-expressions of women in a debating setting is not restricted to highly publicised debates like that of the presidential debate. Women who have been active in debating circuits in colleges have often remarked how their high-pitched voices seem to have affected their speaker scores. For many judges, arguments sound more profound when they are uttered in a deep, bass, male voice.

Even with stories like that of Elle Woods in Legally Blonde who wins courtroom debates in her bubblegum pink attire, clothing still seems to be a major concern when it comes to the evaluation of women as credible speakers. Everything from the length of a skirt to the colour of the attire are used to judge a woman even before she utters a word.

In that context, it is also important to look at the gender composition of the panels that judge debates. Female debaters have often expressed their discomfort in being judged by an all male panel that reduces the intensity of their arguments. Many male judges feel that it is permissible to use problematic statements to win a debate as long as they do not practice it in real life. In challenging this apparent vacuum that seems to exist in debates, women are often termed as too emotional or not good sports. Many women debaters also feel that because of this persistent need to prove themselves as more ‘objective’ and not emotional, there is an instinctual self-policing that they have to indulge in.

Such biases against women debaters have a tendency of following them out of debate rooms. Beyond Resolved, a student-run organisation that aims to empower women debaters, has an online blog that contains horror stories of sexism perpetuated in educational institutions, by coaches and even peers. This perceived bias can often lead to disengagement and withdrawal from debates.

As debates often become a normalised channel to feature aggression, cruel and mansplaining remarks are also fairly common. Men are more likely than women to express externalising emotions, according to studies. Women are forced to find evidence to back up our expectations. During a debate, men are more than four times as likely as women to display rage.

Leah*, a member of a university level debate circuit recalls a particular debate that was based on feminist stereotypes, “I had quoted a statement by a popular hollywood actress that I personally resonated with. The male adjudicator in the room marked us down and accused me of trying to ‘stay in vogue’ rather than actually contributing something meaningful.” Such comments are not only hurtful, but can have lasting effects outside of debating platforms.

Sarah Catherine Cook, who is one of the founders of Beyond Resolved, when talking about the motivation behind starting the initiative remarks, “I’m definitely not one who LIKES to think that bad things are attributed to gender, and never want to falsely call something sexism. But once I saw it happening on a larger scale, it became hard to ignore the facts: Often, issues that affect many people disproportionately affect female debaters. I had heard teammates and other male debaters attribute my success to luck, telling me they hated the way my voice sounded when I spoke in the round, seen circles of guys close right as I walked up, and watched my own teammate be excluded from research groups and group chats with echoes of her partner “carrying” her in the round.”

Statistical studies relating to gender differences in debates show that scores of males on gender-mixed  teams are slightly higher than their female partners. This trend demonstrates that judges are not gender-blind.

In addition to scathing remarks and structural hurdles, women in debates are constantly faced with the ad hominem fallacy (appealing to feelings or prejudices rather than intellect) that consistently tries to put women down without giving them a chance to explain their arguments. This tendency is expertly evident in the 2016 U.S Presidential debate where Trump argued, “She doesn’t have the look. She doesn’t have the stamina. I said she doesn’t have the stamina. And I don’t believe she does have the stamina. You have to be able to negotiate our trade deals…You have so many different things you have to be able to do, and I don’t believe that Hillary has the stamina” on why Hillary Clinton was not the right candidate. Perhaps this exposes the patriarchal mindset which has allowed men to get away with far more than we would ever allow women.

The gender gap in debating has far-reaching consequences that go beyond debate itself. As public speaking is required in most important settings such as corporate boardrooms, academic conferences, or legislative chambers, one may reasonably expect the dynamics that cause a gender disparity in debate to produce gender gaps there as well.

Indeed, past research has shown that in mixed-gender debates, women speak less than males and that their recommendations receive greater criticism. This disparity can only be mitigated if proactive measures to include all participants are consciously taken.

Also read: Mansplaining In Classrooms: The Systemic Coercion Of Women Into Silence And Self-Doubt 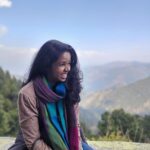