While it can be frustrating to observe movements we strongly believe in get co-opted into furthering the interests of the dominant sections, it is important to not lose hope.
By Arundhati Narayan Jul 21, 2022 6 min read

The term ‘Ecofeminism’ was coined by Francoise D’Eaubonne in 1974, with the intent of highlighting the “connection between exploitation and degradation of the natural world and the oppression of women“. The movement emerged in the mid-1970s at the same time as second-wave feminism and the green movement.

The ecofeminist movement as the name suggests brings together notions of feminism and environmentalism in order to channel effective solutions against oppressive patriarchal forces contributing to violence and destruction of women and nature through holistic and collaborative frameworks for justice.

Ecofeminists study how gender categories and the socially imposed roles on these categories by society allow for violence and injustice to be brought upon women and nature. The movement notes how similarly women and nature were viewed and treated by capitalist, hetero-patriarchal structures: women and nature as irrational and volatile beings requiring control from rational, stable and ordered beings, i.e. men.

This relationship between women and nature gets further extended as they become sites of violence in which both are commodified, objectified and violated as a means of exercising power, control and ownership over them. The violence and exploitation of women and nature become an entry point for dominant forces to dismantle an opposing community’s power, position and honour.

While the adaption of the movement was a positive sign towards the acknowledgement of violence and harm inflicted on women and nature, one cannot help but notice the serious and several gaps in the movement, especially with regard to representation. This issue is not limited only to the Indian context but to the emergence of the larger movement which initially positioned upper-class White women as the ‘conscientious’ and ‘responsible’ individuals taking up action in opposition to their Global South counterparts who were ‘vulnerable’ and ‘helpless’, requiring the posh knowledge and theories constructed in the global north to save them.

With the movement spreading to India, one notices that the so-called pioneers of the movement come from privileged backgrounds, bringing along with them their elitist ideals around the movement. While the vision of the ecofeminist movement which attempts the creation of a ‘harmonious’ co-existence of humanity and nature, seems pleasant and nice to achieve, it is quite ignorant of the social realities that prevail in society- “ethnocentric, essentialist, blind to class, ethnicity and other differentiating cleavages, ahistorical and neglects the material sphere.”

Several critiques of the movement also point out that it unfairly puts the entire onus on women to improve the plight of society by constantly essentialising the relationship between women and nature, thereby completely ridding the responsibility of men from improving the situation.

It also positions women as the more environmentally conscious beings in contrast to their male counterparts not allowing space for men to explore the ethics of caring for nature. By essentialising the close proximity of women with nature, patriarchal stereotypes of women as the ‘nurturers’, ‘caregivers’, and ‘protectors’ are instilled.  “…considerable feminist research on women and environmental activism has generated a dualism wherein some women’s activism is considered progressive and pro-environmental, while other activism is considered materialistic and virtually ignored.

Women are thus, only portrayed as either virtuous or vulnerable entities in relation to the environment, and their roles get accordingly essentialised and stereotyped. This static positioning of women and homogenising them as marginalised categories merely viz a vis their gendered relationship with men and their plight is worsened especially if they are from developing countries.

The policies do not address other inherently present power dynamics. The vulnerability argument only further invisibilises the position of women in these situations and positions them as requiring saving. Generalising their condition as vulnerable only concretises their situation not allowing for alternative possibilities for realities in which they are more active agents.

In the Indian context, the ecofeminist movement driven by Vandana Shiva, is highly criticised for being ignorant regarding issues of caste, subordination and hierarchies within tribal communities and generalising the experiences of all women, expecting them to become drivers of change.

She believes that society’s shift towards modern science and technology, a western, colonial project, is the reason for the degradation of women and nature, and emphasises the need to go back to traditional notions of ‘Prakriti’- the female principle, which Shiva refers to as that from which all life emerges.

This notion of ‘Prakriti’ is posed as an antonym to the ‘masculine’ and oppressive colonial modern science. The first issue which arises with Shiva’s argument is that it is deeply embedded within Hindu philosophy and culture, and not relatable or applicable to individuals outside this community. By proposing it as a universal notion to be taken up, she is not taking into account the cultural differences and beliefs that exist among tribal communities.

The next issue pertains to the binaries which get created between modern science and traditional science and further the gendered attributes which the two knowledge forms are given. The creation of binaries only furthers the tension between the knowledge systems and creates a situation where only one is worthy of existing.

This contradicts the ‘collaborative’ nature the vision of the ecofeminist movement hopes for. Shiva’s glorification of traditional science and practice is yet again, ignorant of the various social and cultural hierarchies that exist within Indian society which prevents marginalised communities from being active participants in the movement.

While it can be helpless and frustrating to observe that movements we strongly believe in getting co-opted into furthering the interests of the dominant sections of society, it is important to not lose hope and belief in the larger visions of the movement, and constantly look out for alternative conceptions which are more inclusive, healthy and productive.

Bina Aggarwal provides a healthier alternative- the ‘feminist environmental perspective’, which takes into consideration the material reality and the relation between women and nature as influenced by gender, class, caste, race, production, reproduction and distribution. This alternative also allows marginalised women to be active agents of change in the movement while also acknowledging the harmful effects of environmental degradation on them.

This alternative framework is important and allows for a hopeful engagement with social movements in general since the nature of these movements is such that the space does often get dominated by more influential and louder voices. This alternative is a reminder that movements need to constantly reconfigure themselves and reflect on their representation and ideologies. 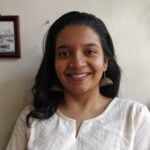 Arundhati Narayan is passionate about research and is keen on pursuing a future in academia. She enjoys exploring art, histories, narratives and tracing the evolution of various community cultures. and also likes to explore literature on natural sciences and critically engaging with popular culture and media

Who Were The Women of The Self Respect Movement? | #DalitHistoryMonth

What Is Toxic Masculinity And How Does It Affect Men?