If you know who Safia Akhtar is you would probably know her as Javed and Salman Akhtar’s mother, Jan Nisar Akhtar’s wife, or Asrar-ul-Haq, better known as Majaz Lakhnawi’s sister but Safia was quite the personality herself. She was a brilliant writer, poet, author, teacher, critic, and connoisseur of Urdu literature.

The best of Safia Akhtar’s work includes the letters that she wrote to her husband while they were apart. Her letters which were written over a period of nine years were published after her death by her husband as “Hurf-e-Ashna” and “Zer-e-lab” translating to “familiar words” and “below the lips” respectively. Safia Akhtar also wrote, “Andaz-e-Nazar” (The way to look at it) which is a collection of short essays.

Safia’s sister Hamida Salim was also a talented writer having authored many books like “Hum Saath the”(We were together) which gives an account of the lives of the siblings. Javed Akhtar, her son who lost Safia only when he was eight years old calls his mother a “nayaab aurat” during her time.

Safia Siraj-ul-Haq was born in Rudauli, Uttar Pradesh. Safia was an educated Muslim woman, one of the first of her time, in the 1940s. As Javed Akhtar recalls, his Nana (maternal grandfather) mentioned to him that someone once visiting couldn’t locate their house and asked for directions to the house of the girl who graduated and was easily guided to Safia Akhatars place.

Safia’s primary education took place at home where her father, Chowdhary Seraj-ul-Haq, taught her English, Urdu, and Farsi. Her brother, Majaz, assisted her with mathematics and she was tutored in the Quran by a female teacher. Owing to her father’s transfer, who was a law graduate, a door opened for Safia Akhtar and her siblings for further education. She was admitted to Karamat Hussain Muslim Girls college in the fourth grade. However, soon after, her father was transferred again from Agra, where Safia was studying living at a hostel, to Aligarh.

Safia Akhtar then started studying at Abdullah College and excelled in her academics. After completing high school, she had to wait a year for the B.A. classes to start in the girls’ college. Safia stayed in a hostel during her B.A. and after completing it, worked as a supervisor of a training program with her teachers as they were amazed by Safia’s caliber. After completing her undergraduate course, she studied further and got a Master’s degree in education from Aligarh Muslim University.

Safia grew up imbibing a progressive ideology. She set foot into education and pursued it at a time when women were rarely given the choice or opportunity to do so. Safia Akhtar chose her life partner, she worked and financially supported her family as well as her husband who was in another state, looking for work. To top it all off, she also took care of her two sons. Safia’s brother and husband were also part of the progressive writers’ movement at the time.

Jan Nisar Akhtar, the famous poet and Bollywood lyricist was a friend of Safia Akhtar’s brother Majaz and also the cousin of Salma, her roommate while she was staying in the hostel in Aligarh. Salma recounts Jan Nisar coming to the girls’ college randomly to meet Safia and introducing himself as a friend of her brother’s. Safia fell in love at first sight. However, the love seemed to be one-sided as Jan Nisar did not get in touch with her for quite a while and this disheartened Safia.

After some time passed, Jan Nisar wrote to Safia about his work, interests and disinterests, and himself. Soon after, Safia’s family received a marriage proposal from Jan Nisar’s side. As the culture still prevails, the girl’s family did a background check on Jan Nisar and his family. Salma, his cousin, testified for Jan Nisar’s family (even though she wasn’t too well informed about them) that they had a legacy of poets; his father Muztar Khairabadi was a well-known shayar of the time.

Jan Nisar himself was well accomplished and was an Urdu literature lecturer in Gwalior. With no time wasted, Safia Akhtar’s parents sent their acceptance as they did not find any flaws as such in Jan Nisar. But to their disappointment, the Akhtars did not respond for a considerable amount of time.

This silence motivated Safia to take a rather valiant step. She poured her heart out to Jan Nisar in a letter and also enquired about the holdback from their side. Jan Nisar reverted with a confession about his feeling for another woman, his older, widowed relative who helped him during a rough patch after his first relationship came to an end. Safia appreciated Jan Nisar’s honesty. The proposal was re-established and the nikkah followed soon after, although there were some odd happenings during the time.

In 1949, Jan Nisar switched cities from Bhopal to Bombay in the pursuit of becoming a lyricist in Bollywood. Safia Akhtar chose to stay back and continue with her teaching post at Hamidiya College, thus, supporting her husband money-wise and also rearing their two children. The distance between the two encouraged Safia to write letters to him.

She wrote to him consistently, multiple times a week in some instances. The letters give a glimpse of Safia’s immense love and optimism toward Jan Nisar. They also give an insight into episodes of her life events including her job, their two children Javed and Salman, her life at home, and towards the end, her suffering. These letters stand proof of what a literary genius Safia Akhtar was. Safiya suffered from an unconfirmed terminal illness (it was either blood cancer or skin cancer, not conclusive). Unfortunately, fate had other plans and Safia passed away prematurely in 1953 when she just was in her late 30s.

Without a doubt, Safia’s letters were and to this day are, a gem in Urdu literature. She expresses her feelings so very aesthetically and makes the most mundane of her daily tasks seem something literary and intriguing. About her letters being published, there seems to be a difference of opinion.

On one hand, there is the stance that the letters were something intimate, personal, and not meant to be out for the public. Salma, her roommate, calls it a “Dastan-e-Gham”, the saga of sorrows that she shared with her husband and would not want to be disclosed. While others appreciate the sheer brilliance of her words and feel lucky to have access to them. 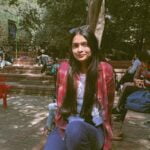 Capital Punishment For Rape: The Death Of A Debate | #GBVinMedia

Travelling With Club Foot: Negotiations With My Disability