SocietyLaw & Policy How Safe Are Women In Live-In Relationships?

If a woman is subjected to physical, emotional, verbal, or economic abuse, she has the right to seek remedies against violence under the PWDV Act.
By Anjali Ram Dec 5, 2022 5 min read
» Featured Image Source: Ritika Banerjee for Feminism in India

In the aftermath of Shraddha walker’s heinous murder that happened in the capital city, people who were already sceptical of pre-marital cohabitation have begun to question live-in relationships. The state and its people has found a new reason to condemn couples who choose to live together outside of the institution of marriage, conveniently ignoring the fact that domestic violence exists in married relationships too.

Marriage sanctity has come a long way in India. With the rise of modernity in Indian society, the concept of live-in relationships has seeped in and has become a common thing. Despite the fact that no statutory enactment addresses this contentious issue, the courts have accepted it. According to the court’s ruling, a live-in relationship is not a crime or a sin. Concerning the legality of such relationships, Indian courts have issued fair rulings upholding individuals’ right to liberty.

However, with the stigmatisation and shame attached by the patriarchal and conventional section of the society, frequently the burden of suffering and shame is placed on the person who has suffered as a result of their abusive partner, which happens to be a woman in majority of the cases. Even a larger section of the society does not understand that even in this case, the issue is not the nature of the relationship or the religious beliefs of the individuals involved. It is about patriarchy’s implicit support for violence against women.

With the insidious patterns of intimate partner violence cases, society’s morality teachings and with a numerous unaddressed issues related to other violence faced by women, it’s important to understand the legalities, rights, and obligations of live-in relationships in light of certain Supreme Court rulings in woman’s favour.

In the case of S. Khushboo v. Kanniammal (2010), the Supreme Court of India for the first time recognised live-in relationships as “domestic relationships” protected under the Protection of Women from Domestic Violence Act, 2005 (“DV Act”). The Court also ruled that live-in relationships are legal and that the act of two adults living together cannot be considered illegal or unlawful in any case.

According to the ruling a live-in relationship is protected by the right to life guaranteed by Article 21.

Domestic Violence Act, 2005 was designed to protect women from various sorts of violence that occur in a domestic setting- this act also applies to women who are in a live-in relationship with a male partner by sharing a same household. When a man and a woman share a household through marriage, adoption, consanguinity, or as family members living together, they are said to be in a domestic relationship. Although this statute does not directly recognise live-in partnerships, the provision relationship in the form of marriage’ provides for interpretation in order to defend women’s basic rights and protect them from violence.

Also read: In The Invisibilisation Of Domestic Abuse, Is Home Really A Safe Haven?

If a woman is subjected to physical, emotional, verbal, or economic abuse, she has the right to seek remedies against violence under the PWDV Act. Furthermore, remedies for the transfer of a woman’s property and the restriction of access to facilities to which the abuser is entitled are available. This Act gives abused people several rights and protections. As a result of establishing the existence of a marriage-like connection, a woman in a live-in relationship is entitled to all applicable remedies.

Section 125 of the Code of Criminal Procedure, 1973, which deals with the right to maintenance, now applies to the destitute partner in a live-in relationship. An adjustment to Section 125 was made to change the definition of ‘wife.’ The Malimath Committee on Criminal Justice System Reforms made suggestions for the modification. Based on the Committee Report’s recommendations, an observation was made that women living in a live-in relationship or who have been abandoned by their spouse legally acquire and enjoy the status of a wife.

Following amendments to the Hindu Succession Act, 1956, women now have the same right to parental and self-acquired property as a son, regardless of the marital status. Right to inheritance of property is one of the main rights here and when the partner dies, the property devolves on her, unless a will states that she cannot inherit the property.

On one hand with many unaddressed issues that women faced in live in relationship and with the constant fight for the right to live in dignity, the Indian judiciary has made a consistent effort to preserve the rights of people, such as in cases of violation of an individual’s rights or limiting the freedom to marry or not marry. In society, a live-in relationship has traditionally been frowned upon and stigmatised.

Also read: Domestic Violence: When Sanctity Of Family Is Prioritised Over Dignity Of Survivors

However, judicial decisions in numerous cases have shown the legitimacy of live-in relationships several times by supporting the partners’ rights. The court has also given legal standing to the rights of women in live-in relationships, allowing them to inherit property as well as maintenance from their spouse. Also, the volatile cultural climate has brought about several changes, which we have embraced. Similarly, rather than criticising live-in couples, one should begin to respect every individual’s choice irrespective of the marital status and personal preferences.

The concept of a live-in relationship is a partnership in which people of any gender live together as a pair under the same roof or in a shared home, with or without the purpose of establishing a contract for the same. The society wants to have children born through formal legal marriages and considers only those relationships to be legitimate. It is a tradition and a sacred practice that our generations have followed without inquiry, thus by that reasoning we are likewise bound by it. 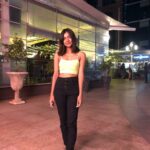