CultureBooks Women In the “Gentleman’s Profession”: A Look At Field of Publishing

Women In the “Gentleman’s Profession”: A Look At Field of Publishing

Before women were allowed to be professionally working in the publishing industry, they worked behind the scenes, or took up control of family newspapers and other publications after the death of their husbands or other male relatives to keep the businesses afloat but still under male pseudonyms.
By Sayeri Biswas Dec 21, 2022 4 min read
» Featured Image Source: Irish Times

There is a scene in Greta Gerwig’s film ‘The Little Women,’ based on the famous classic by the same name written by Louisa May Alcott, where the oldest daughter Jo is trying to get her writing published. The male publisher, not surprisingly extremely prejudiced, states reasons as to why he cannot publish her work. He then asks her to completely redo the work in accordance with his opinions to get published, but then again, not under her maiden name but in her male alias. This was the reality for women for a very very long time.

But while a lot has been talked about women authors or writers, little light has fallen upon women in publishing, the industry behind the printing of all books.

Publishing had been considered for centuries the “gentleman’s profession”. Women, if not allowed to write, certainly, at least publicly, could not be given access to the editing and printing of written work.

Also Read: The Celebration Of Sisterly Love In Louisa May Alcott’s ‘Little Women’

An article for Princeton University Press states that “women often played a role in their family’s publishing endeavors, whether it was newspaper, magazine, or pamphlet publishing. They participated in all facets of the business, including writing, printing, publishing, typesetting, and engraving. However, women were not recognized as or legally allowed to become publishing professionals until the late nineteenth century”. Out of this need for publishing more books written by women, grew publishing houses for women and by women.

In a magazine called Tel Quel, in the summer of 1974 in France, women revolutionaries were quoted saying that the idea of a women’s publishing collective grew out of their conviction that, “until now, women have written only with their bodies, through their symptoms, as, speechless and voiceless…censured by history” which is why they wanted to take “possession of language” and proposed a space in which “the greatest number [of women] may write our particular place into history, from a base in common struggle.”

They knew that as long as patriarchal ideas controlled the publishing industry, it would be near impossible for the true expression of women’s voices through language. What should also be taken into account is that even if not satisfactorily marked by history, many women across the world did play major roles in the literary movements of their times.

A recent story that has re-entered public imagination is the work of Sylvia Beach and her English language bookstore and lending library in Paris – The Shakespeare and Company – before the Second World War. She single-handedly published the Irish novelist James Joyce’s famous work ‘Ulysses’, seeing in it, long before anyone else could, the merit of it becoming one of the most important pieces of literature from the early 20th century. She, therefore, in her own way was equally involved in the modernist literary movement like other authors, intellectuals and critics.

Even without the formal name of publishing, women did bring out numerous periodicals and upon careful scrutiny, the changing faces of women’s lives intertwined with critical moments in history can be garnered from those written pieces. In most cases, before women were allowed to be professionally working in the publishing industry, they worked behind the scenes, or took up control of family newspapers and other publications after the death of their husbands or other male relatives to keep the businesses afloat but still under male pseudonyms.

In India, women did write, usually from well-to-do families, but even if they were published in order for bourgeois families to uphold their cultural superiority, books written by women never entered mainstream thought of the times and remained hidden in the shadows, not taken too seriously to be considered “high art”. In 1984, a feminist publishing house for women and by women was established by Urvashi Butalia along with Ritu Menon.

It was called Kali for Women. The house greatly worked for giving Indian women a space for voicing their thoughts and opinions through their writings. An article on female publishers in India also provides the information that “Kali for Women aimed to increase the body of knowledge on women in the third world. It provided a forum for women writers both creative and academic”.

Later on, “Urvashi started Zubaan Books with a focus on fiction and non-academic books. With Zubaan books, Urvashi began publishing feminist writing, fiction, children’s titles and other general interest books”. While Kali for Women can be called the first Indian feminist venture into the publishing world, women have long tried to enter the industry despite obstacles blocking their way. Even today the profession is largely dominated by men and women either do not get equal pay or are only employed in low-paying clerical jobs.

Also Read: Swarnakumari Devi: The Forgotten Author And Activist Of The Tagore Family

Nonetheless, changes are being worked for and many women are slowly entering the ‘gentleman’s profession’ to challenge norms and carve out their place in literary histories. 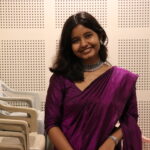