Recently Vogue India has come up with an amazing mission of creating short videos to spread awareness on women empowerment, which is often being hashtagged as #VogueEmpower in the social media.

The first one, dubbed as “Going Home” has already met a strong criticism as it attempts to offer a Utopian world for women, where a woman can feel safe in the middle of the night, and gets helped by any male stranger if she just knows to smile like Alia Bhatt. Vikas Bahl, the maker of the film, finds the secret security key: Smile like Alia.

Now the second attempt, and this time, a film with a message for taking a pledge of correcting boys: #StartWithTheBoys. Very good, that is exactly what we have said repeatedly: Teach your children to respect women. The film picks up lots of emotional moments, where a boy can justifiably shed tears, where his surrounding constantly pushes him back saying: Boys don’t cry. Indeed this is a false generalization and one must not take it as granted. This is nothing but a shade of genderism or sexism in society! A male version of the “Girls like pink” gender tag.

So we must applaud Vogue India’s effort, right? But alas! The end part disappoints in many ways. At the end, Madhuri Dixit appears and suggests, “Instead of telling ‘boys don’t cry’, wouldn’t it be better if we teach our children that ‘boys don’t make others cry?'”. Yes, you got it! This is to stop domestic violence against women by men. Indeed a splendid intention. Then where’s the disappointment?

The disappointment arises when I see, to revoke the “boys don’t cry” genderism, birth of a new genderism is taking place. At the same time, aren’t we seeding a masculine ego or chauvinism? Should a boy respect girls because he is a boy, or because he wants to be a sensible human being? What is wrong in simply stating: Boys can cry too?

Reader, if you don’t mind, I would like to share some stuff out of my personal sack. I always loved to think different and challenge the establishment. Something like this Havells-Hawa Badlegi advertisement. So I started using my mom’s name as the guardian’s name in the application forms. I merrily rejected using my black umbrella and bought a colored one. I am still searching for the woman whose ears have not been pierced! And I am not a transvestite, but I wish to visit Scotland one day just to wear a skirt comfortably in public.

I guess, there are many who want to deny gender-based (or biased?) notions. So let’s talk more about homines sapientes and respect equally their two varieties that contain XX or XY chromosomes.

Now before Vogue India goes on releasing their third video, I have a question. Do women feel happy with the word ’empowerment’? ‘To empower‘ means “to give (someone) the authority or power to do something”. But are we really worrying about powers? The weak needs power, women probably need their rights. And who are going to “give” the power? Boys?? 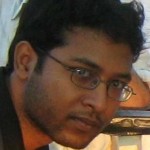 End Women’s History Month By Reading These Fantastic Books By Your Favourite Authors!

For Rural Education To Work, Local Communities Must Be Actively Involved

A Critical Analysis Of The Surrogacy Regulation Bill 2016