This year the Hindu Mahasabha has been particularly creative in giving us the perfect ‘punishment’ for celebrating Valentine’s Day— Get married!
By Arushi Kapoor Feb 13, 2015 4 min read

It’s that time of the year again. The one where you don’t know what’s more annoying, the excessive outpour of the cute and the fluffy, the zealous rebellion of the lonesome, or the curiously punctual passion of the right-wing’s appendages. Personally I have a special corner in my heart (that I’d like to burn to ashes) for the ridiculous arguments against Valentine’s Day by our ever-so-good-doing right-wing. This year the Hindu Mahasabha has been particularly creative in giving us the perfect ‘punishment’ for celebrating Valentine’s Day—giving an instant wedding to those ‘indulging’ in any sort of Valentine’s Day celebration (The LGBT community is quite happy and in fact support the Hindu Mahasabha). Their logic sounds curiously similar to traffic cops which state, “if you park where we don’t think you should, we’ll force you to park right there with tire claws”.

On examining their hatred, anyone with half a brain would know, that the reasons they state are not even the tip of the iceberg. In actuality, Valentine’s Day isn’t so much of an inception of Western Culture as it is a blow to the patriarchy. Here are some of the real reasons why the right wing hates Valentine’s Day:

1. It shows that women are in charge of their lives.

More often than not, people celebrating Valentine’s Day are those who do it out of their own will. In a country like India, where women get to choose close to nothing, whether it be what to wear or whom to sleep with, having a say is a dangerous thing for those in charge. If a woman were to be brought up in an egalitarian environment and given the same opportunities as men, those in control (in-laws, Khaps, husbands, men) would start to lose their hold on the power monopoly they have over the weaker ones. If women claim their voice, rights and choices, they would have the power to speak up against bad marriages, domestic abuse, dowry threats and so on. Not so nice a situation for the patriarchal rulers of society.

2. It could lead to men and women eventually choosing their own life partner.

The central idea behind Valentine’s Day is choosing someone to share a special bond with. More than anything else, it is the celebration of one’s choice. We know what that means in India, the two most feared words in an average Indian household—love marriage! In India, especially for right-wingers love marriages are synonymous to a cultural mishmash or love jihad as they would like to affectionately call it, where religious lines blur and no one really cares for hierarchy and social standing. Simply the worst ever news for political parties whose agendas are based on religion and caste votes.

Valentine’s Day is one of those rare days where a boy buying flowers for a girl and a girl plucking up the guts to ask a boy out isn’t unheard of. In the eyes of an average rigid right-winger, boys aren’t supposed to be caring and sensitive and girls are supposed to be demure and coy. Breaking gender stereotypes is the first step into cultural rebellion that patriarchy sees as a threat to their neatly established archaic system that only benefits those in power.

4. It is an easy tool to antagonize the West with.

When instability starts to crop up into any system, the easiest way to get away with coming up with a solution is blaming an external source. Similar to how terrorists are motivated. Given that they are kept in harsh environments themselves, their trainers make USA the bad guy, which is declared responsible for their situation, which their protégé are to avenge. No one ever considers that they have a history of suppressed women and brutal practices to blame for where they are. When it comes to right-wingers and Valentine’s Day, no extremist ever considered the real enemy is religious intolerance, gender inequality, and archaic social norms. The enemy remains the ‘West’. Kind of speaks volumes about a country, which is using a tactic just a notch below the Taliban.

5. It is proof of the existence of relationships that are outside of what society prescribes.

According to our supposed ‘Indian culture‘, there are only two ways in which a man and a woman from the same generation can co-exist—as a married couple or as siblings. The fact that a man and a woman can be a couple, without the existence of wedlock or a filial connection, is still an alien concept to our beloved right-wingers. Their often futile attempts to place unsuspecting couples into society approved brackets (by tying a rakhi or forcefully marrying them off) prove their intolerance to see any relationship exist outside of what they consider as normal.

The fact that Valentine’s Day exists and has not yet been weeded out by our well-meaning culture vultures proves that love does in fact conquer all. Hopefully it will be able to conquer this year’s wave of stupid too (instant marriage anyone?). And hopefully one day we will be able to weed out our propagators of hate. Happy Valentine’s Day!

Disclaimer: I do not subscribe to any school of thought that supports or disses Valentine’s Day. What I do, however, subscribe to is the belief that we should have the freedom to choose whether to celebrate or not and have the option available to celebrate the occasion in whatever way we want. 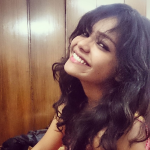 In Photos: The Unputdownable Voices Of Shaheen Bagh