CultureBooks A Feminist Reading of Virginia Woolf’s Orlando: A Biography

A Feminist Reading of Virginia Woolf’s Orlando: A Biography

Gender performativity, as theorized by Judith Butler, seems to be particularly relevant in Virginia Woolf’s novel, Orlando: A Biography. It is an in-depth exploration of what it means to be a man and a woman, that might threaten to challenge and alter the reader’s preconceived notions of what qualifies to being male or female characteristics by highlighting the differences between socially structured gender and biological sex.

Although Woolf initially considered her novel to be “gay and quick reading”, she later wrote in a diary entry, “the truth is I expect I began it as a joke and went on with it seriously”. Arguably, Woolf realized that her examination of gender performativity and gender fixity would have to be veiled in parody and fantasy to appeal to her contemporary readers.

Orlando promotes the concept that gender and sexuality are not exclusively linked to sex, thereby normalizing and promoting a more androgynous reality as an arguably more natural state. Orlando is written in the form of a mock-biography and spans approximately 400 years in duration, starting with the Elizabethan era, and ending, notably, in 1928, although the eponymous protagonist ages only 36 years over the course of the narrative. Judy Little writes, “Orlando arrives as an adult on the scene of each era, she escapes normal childhood socialization” that evolved her as “a self who is free of the major illusions of many eras and the stereotypes of both sexes”.

The book starts off by describing Orlando slicing at the severed head of a Moor with his blade and imagining himself engaging in battle beside his grandfather and father. This masculine image is almost immediately juxtaposed with a description of him that is phrased predominantly in feminine terms like “the red of his cheeks”, “the lips themselves were short”, “the ears small”, “eyes like drenched violets”, etc. At the onset of the novel, the narrator introduces the male Orlando stating, “He- for there would be no doubt of his sex”. Yet, following up the narrator claims that the fashion of that time made him appear woman-like.

Woolf mocks the masculinist sublime but also that through Orlando Woolf celebrates an alternative aesthetic, an alternative model of self in Orlando, that resembles the androgynous model in Woolf’s A Room of One’s Own.

The next poignant event is Orlando’s initial observations regarding princess Sasha. Orlando’s inability to immediately discern “the name or sex” of that person of “extraordinary seductiveness” , is imperative to note that his attraction is not limited by the boundaries of sex. Orlando’s conclusion after a more prolonged observation- “…a boy it must be- no woman can skate with such speed and vigour” refers to the boundness by conventions to reject the possibility of a homo-erotic connection”.

After seven days of existing in a trancelike sleep, Orlando awakens to find that his body has been transformed into that of a female and “we have no choice but confess- he was a woman”. The narrator ergo begins to address Orlando as “she”. When Orlando is transformed, she simply arises in her new form, stark naked and proceeds by taking a bath. She does not seemed to have suffered during this drastic change and neither is she shocked by it.

In this context, Sharron E. Knopp in her essay If You Saw Me Would You Kiss Me?, claims

Orlando is not a woman acting like a man. Orlando is a man. And a woman. […..] and there is nothing unnatural about it.

Orlando had become a woman there is no denying of it. But in every other respect, Orlando remains precisely as he had been. The change of sex, though it altered their future, did nothing whatever to alter their identity.

When in Constantinople amongst the natives, Orlando did not experience gender differences due to her changed sex. However as soon as she boards the Enamoured Lady to return to England, appropriately dressed as a “young Englishwoman of high rank”, she realized that English “women are not […..] exquisitely apparelled by nature”.

Clothes have, they say, more important offices than merely to keep us warm. They change our view of the world and the world’s view of us.

Cross-dressing in Orlando occurs fairly frequently. Archduke Harry dresses as a woman, but later reveals himself as a man. Similarly, even after Orlando’s sex change, she continues to switch between clothes of both gender. This motif functions in the novel to emphasize the similarities between men and women, underneath their clothes, and hence, that genders should be allowed more freedom in their actions.

As England comes into view, the impropriety of female authorship of the time strikes Orlando. Orlando would restrain “the tears came to her eyes”, but remembering herself becoming a woman, “she would let them flow”. She also recollects “that men cry as frequently and as unreasonably as women” from her own experience as a man. Orlando particularly feels the oppression of gender conformity during the Victorian period, in the form of “a ring of quivering sensibility about the second finger of the left hand” and the “weight of the crinoline that Orlando has submissively adopted”.

Seeing Orlando in light of A Room of One’s Own, Rognstad explores

Orlando as a personification of the ideal status of androgyny; someone who knows the secrets of both sexes and can access the whole specter of human experience.

The novel exuberantly conveys its message of the urge of gender equality in our society. Ergo, my feminist reading of Orlando salutes Woolf as an author, who so beautifully cultivates the fluid identities of the notions of sex and gender in her piece.

Featured Image Credit: A copy of the book Orlando along with a coffee mug | http://booktothefuture.com.au/ 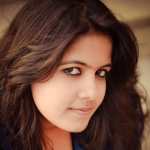 Radio In A Purse: For The Voices Of Female Students | #MakeMyCampusSafe

I Am On My Periods And I Cannot Lie: Say No To Shame And Silence Around Periods