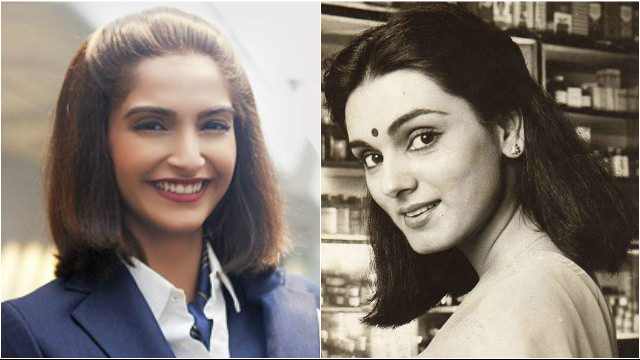 Neerja, a much awaited and acclaimed film, takes you into the life of Neerja Bhanot (1963-1986) and the events that led to the hijacking of the Pan Am flight 73. It shows how a woman put a brave fight with grace and intelligence. It’s been thirty years since that incident happened and she was almost forgotten but this movie resurfaced her story once again. The fact that none of us had ever heard of Neerja Bhanot before in our lives shows how women’s narratives and stories have been systematically erased from history.

The film will give you goosebumps, elevated heartbeats and a lump in your throat. There were a lot of questions and speculations about how the film would turn out, how well they would be able to depict the intense moments, if it would stay true to the real events and if Sonam Kapoor would be fit to play the late Neerja Bhanot. The effort can’t be called perfect but it is anyway an on-point tribute to Neerja. The incidents depicted in this film are more or less accurate as per the real story.

Occurrence of  events that keep the story moving, every ten minutes, ensures that you’re on the edge of your seat. Neerja is depicted as the bravest person in the flight because of her agility during the crisis. The courage and dedication in her eyes drew respect, even from one of the terrorists. Everything Neerja did deserves a mention; from serving water to all passengers, negotiating with the terrorists so that the passengers can put down their hands (they were forced to keep them in the air, at gunpoint!), holding the frightened children, consoling a mother whose son was killed by the terrorists, asking her fellow hostesses to hide the American passports to protect them, giving the hijack code to the pilots, pushing the terrorist’s hand away when he threatened to shoot children as she refused to sing for him, and of course, the greatest climax – the moment where she opens the emergency door sends chills down my spine. Her decision to stay back to save as many lives as she can just shows how she dared to look fear in the eye.

Sonam Kapoor did a fantastic job and this movie is a huge assuagement for her. By far, this is her best performance and after watching this film I couldn’t imagine anyone else in that role. Sonam couldn’t get rid of her squeaky voice or accent but despite that, she will make you believe that she is Neerja, her performance will tear you up with joy and sadness. Shabana Azmi never failed to please with her performance as Rama Bhanot, Neerja’s mother. Her feelings are well translated to the audience; including her pride in her daughter’s courage. The mother-daughter relationship is depicted beautifully. Yogendra Tiku delivered a controlled performance as Neerja’s father. The actors who played the nerve-wrecking terrorists also deserve appreciation, especially the leader. Their realistic and intense acting keeps you wondering about their next course of action. However, the terrorists’ intentions should have been depicted in a detailed manner as they remained unclear till the end.

Madhvani did a commendable job as the director. The hijacking scenes were shown with single shots and apt camera angles to sustain the viewers within the world inside the plane. The structure of the film is such that it did justice and explanation to several instances. For example, why the pilots escaped when they got the chance. They left as per the protocol, i.e. to leave a hijacked flight if it is on ground, or else they’ll be forced to fly as per the terrorist’s demands. Before leaving, one of the pilots wanted to fight by drawing out an axe, but eventually he was asked to follow the protocol. So they were not cowards as per some of the tabloids.

I loved the way they depicted Neerja’s past abusive marriage, where it is shown parallel to the hijacking incident to enhance intensity in both cases. She is a survivor of dowry who chose to leave her abusive husband instead of enduring it and the experiences helped her gather strength while facing the terrorists. It is just sad that this movie is banned in Pakistan. Neerja’s story deserves to be told and the movie did not show Pakistan in a poor light. Pakistan security force tried their level best to neutralize the situation and to save the passengers. One of my favourite moments is when a senior official shouts at his staff for specifying ‘Pakistani’ while reading out the passengers list. He claims that all passengers are equally important. The only fault shown is the lack of proper security at the airport due to which the terrorists were able to infiltrate easily.

There are flaws that could have been avoided. The songs ‘gehra ishq’ and ‘aisa kyun maa’ were unnecessary as they disturbed the pace of the plot. The mother-daughter relationship and Neerja’s romantic life (the billboard scene for instance) are effective even otherwise. It would have been more interesting if there was a point of view of one of the passengers or flight attendants instead of Neerja and the terrorists alone.

I think, Neerja is the best feminist film since Piku. The symbolic portrayal of Neerja as a woman who fought for the people is the pinnacle. The movie showed Neerja the way we wanted to see her; bold, beautiful, sensitive and brave, who is neither objectified nor is she depicted as ‘mardaani‘ (usual Bollywood stereotyping of strong female characters).

I left the theatre with tears in my eyes and pride in my heart. Neerja is the symbol of courage and proves how one need not wear capes or tight leather or punch through the walls to become a ‘hero’; fearlessness, unfailing determination and love for humanity makes one a victor. 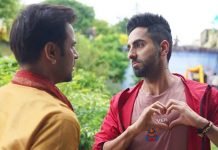 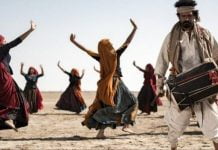 Film Review: Hellaro—Feminist Tale That Cuts A Deep Wound In The Prison Of Patriarchy

Film Review: First They Killed My Father Shows The Ugly Side Of War

Watch: Mental Health For All By Involving All by Vikram Patel