We wanted to test if introducing sexuality education through audio model in a set up like this, would make the classrooms more interactive.
By Hidden Pockets Nov 1, 2016 3 min read

We were excited to be talking to bunch of young participants from Deepalaya Community Library, who had agreed to be part of Hidden-Pockets workshop “Listen to your Body”. As a Women Deliver fellow, Shubam Choudhary and I were all set to talk about things, they were passionate about, but were not really ready to deal with questions of young people who might not have access to water, sanitation and might not be familiar with Facebook.

Sexuality education in most of the government schools, is a component which is never really taught. Most of the children in the government schools in Delhi figure out information related to sexuality, based on peers, magazines and sometimes adults. They find it difficult to look for spaces where they can actually check facts, question some of the practices and seek for services if they need any help.

Hidden-Pockets workshop was aimed to understand what were the needs of young people based out of urban villages of Delhi, studying in government schools. The workshop was conducted in Hindi, and there was a deliberate effort to mix people of different genders to come together and attempt to have a frank conversations on issues around relationships, sanitation, bullying and health centers. We were trying to understand the role of young people in their schools, in their neighbourhood and their cities. We tried a new model of playing audio podcasts in this set up, to disseminate some of the information that we were trying to get across. Most of the young people were part of the Deepalaya Library and had a rough share of art of listening to stories. We had curated podcasts in Hindi on stories around bullying, relationships, sanitation and health centers. We wanted to share these stories with them in their languages and then initiate the conversations around it. It was interesting to realize, it was easier for them to communicate, once they were able to relate to these stories. Young school-going people from Roles, Camera, Action Project hosted by FAT (Feminist Approach To Technology) had helped Hidden-Pockets team to curate these stories, which came out as a great success, when young participants of the workshop mentioned how they could relate to these stories.

We wanted to test if introducing sexuality education through audio model in a set up like this, would make the classrooms more interactive. We were discussing sanitation and the issue of hygiene propped up. As a trainer, I wanted to introduce the topic of cleanliness during menstruation, but I realize I was not really comfortable talking about menstruation to a group of young person to whom I was a complete stranger. I played the podcasts, where this issue was discussed, let it simmer for sometime, and this slowly stroked the conversation around the issue menstruation. It took sometime for everyone to reach the same level on the issue. Some of the girls were completely embarrassed; boys confessed not having the knowledge around this issue, and some girls took the resort to the podcast, and talked about in the fictional narrative.

Story-telling as a form has worked for generations for theatre lovers. It has been used by various activists and teachers to discuss various issues. Radio has played a prominent role in villages of India in connecting people from various places. Can we look at podcasts and audio recordings as one of the ways in introducing sexuality education atleast in government schools in Delhi? For a lot of teachers, it is the discomfort around mentioning some of the topics, that deters people from endorsing sexuality education in schools. Introducing podcasts as part of state curriculum or even as part of value education would be a great entry point in introducing some of these topics as part of daily lives of young people at school level. Regional languages are the way forward and audio versions can be a great tool in incorporating technology in a much more creative and fun way.

The workshop ended on a very positive note where young people were lot more confident about asking questions to the trainers themselves. They had smiles on their faces and were willing to admit that they hate being treated as small children and whatever little information they have, they would love to be able to think and discuss as well.

PS: We would like to thank Women Deliver and Painted Tree Pictures who helped us in creating the podcasts.

Jasmine Lovely George is a feminist activist and independent researcher working on issues of sexuality and law in India. She is also the founder of Hidden-Pockets, a mapping project on sexuality and spaces. 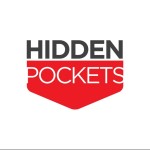