10 Effective Ways In Which You Could Avoid Molestation And Rape

Ladies, we have the perfect solution for you to avoid molestation and rape. Just practice these full-proof ways prescribed by 'higher' bodies and you will be safe.
By Karthika Jan 10, 2017 6 min read

First of all, let me begin by saying belated happy new year. After reading and watching all the news related to the hullabaloos caused by independent women who dared to take a risk, i.e. enjoy the constitutional rights and mobility given to them, I just realized that we have entered 2017. Because of our beloved elders and politicians, I completely forgot that we are in the 21st century and not 11th. And, they’ve got a point you know, this is a society dominated by cis-hetero men who are roughly estimated as 52% of India’s population.

So, it is left to us to protect ourselves. Why should we participate in the process of ruining poor young men who were just having fun while violating women? Nothing can beat nature in spite of the pre-frontal cortex of the brain that is unique to mammals, giving them the ability to make decisions and control emotions. Unfortunately, this is available only for women, who have to make decisions and do everything to be safe as opposed to men who are like “lions” who should not be provoked. Nothing can beat nature, not even the little things you could say and teach the next generation of boys.

So, after listening to these powerful people voted by us, hoping that they will extend their arms when we need it the most, I have come up with 10 really effective methods that we could use to avoid molestation. So buckle up and read on.

MLAs are only trying to help us by directing us to the right direction. Indian men will not violate women who respect Indian culture. Want to know how? Bindis… Whenever you go out, wear a large dot on your forehead. This will send signals in the form of electromagnetic waves to the potential attackers who are propagating their “Indian culture” by attacking freethinking women, reminding them of your dedication towards the Indian culture. One small dot, one giant leap for women’s safety. As per social norms, an Indian woman’s identity lies beneath a man. Men will sneer at women lasciviously but they will spare their own siblings. That’s why our elders focus on “Maa-Behen” (mother-sister) philosophy while talking about women’s safety. So call your attackers “bhaiyya” (brother), then they will see you like a sister and the idea of molestation will *poof* out of their brains!

Women occupying public spaces is against the Indian culture. So, even if you want to, give them a hint that you are the opposite gender. So, tie your hair. Apart from that, long strands will lead to the formation of a strong essence or odor that will attract the opposite gender to you.

Some people consider open hair as decorative curtains to a woman’s facial beauty. More beautiful you are, more likely for you to be molested. Aamir Khan’s film Dangal upheld that notion when he asked his daughters not to indulge in femininity. So, no long open hair.

Also read: “I Will Not Tie My Hair”: Sexism in Educational Institutions

Powerful men have asked us to avoid chowmein and to practice yoga every day. Yoga ensures the protection of your bodily integrity as a yellow colored halo will shield your body from nymph hungry beings. It is for your spiritual well-being as well. After all…

If MLA Abu Azmi is convinced that “western” influence is what is corrupting poor youth population then ladies, we have to do the needful. Let’s start Swaraj round 2. Burn all the western clothes, utensils, and ornaments. Burn all the posters of Kesha, Katy Perry, Ronda Rousey, Hillary Clinton and Expendables. In fact, remove “west” from all the maps and compasses. West wasted everything.

6. Carry a picture of the “robot” with you

Saudi “male guardianship” is recommended in India for women’s safety, something Saudi women are fighting against knowing very well that #NotAllMen who rape/molest are strangers. But, having a male companion with you all the time is not practical and you might have to go out due to an emergency. So, what to do then?

Carry a picture of the robot played by Rajinikanth sir. Men do not respect your autonomy but they have immense respect and gratitude for our Thalaiva and the cult character. So they will be in their limits.

Even if you forget Thalaiva‘s picture, no worries, show these men that you are a kick-ass woman yourself. Do a full frontal split, wherever you are standing, if someone comes to attack you. This will give them an impression that you are a ninja and will run away.

Although I mentioned earlier that you should burn anything and everything related to ‘west’, spare the Hollywood horror films. Bollywood is corrupting the youth but they (elders) focus only on item dance numbers featuring “sexy ladies”, as always, it is a woman’s fault. But, they forgot a tiny-miny detail in the form of our heroes who glorify rape, molestation, and stalking in the form romance. Movies like Ranjhanaa, Shahenshah, Betaab, Dil among others are classic examples. Those are the real horrors women have to face, especially survivors of sexual assault who are the only ones who do not laugh when the comic characters create hilarity by peeping into women’s bedrooms and changing rooms, like how it is shown in the highest grossing Malayalam film Pulimurugan. In terms of horror context, T.V serials are no different in terms of glorifying VAW and subjugation of women.

Unlike that, Hollywood horror films are less severe as we get to see Lorraine Warren banish an inhuman spirit all by herself, Nancy Thomson fighting the serial Fred Krueger with her cleverness and Rachel Keller shutting the lid of the well with malevolent spirit Samara in it. You could have the motivation and be lost in the world of fantasy and strong women.

9. Make a list of people you should watch out for

The list is quite long, all you need is a diary.

The characters you should avoid include: men who drink, men who do drugs, men who are out after 8 pm, men who wear torn jeans, among others. What’s even worse is that they have politicians who will simply forgive their mistakes and lawyers who compare you with “flowers” and “unwrapped candies” to support and motivate them. Whooooh! bad idea.

10. Carry an insect repellant with you

Since the representatives of people accentuated that women are like “sugar”, it is understood that men are insects. How to avoid insects? Spray them with insect repellants and they run away. Add extra pepper and lemon to enhance the concentration.

Mr. Abu Azmi,
Tell us again how women are like sugar?#YesAllWomen pic.twitter.com/0IDNZPhSqu

So that’s it, take responsibility and restrict your mobility so that men will have their full liberty, instead of forcing them to take the #NotAllMen hashtag. If you have any other method to be safe then come forward and, if you feel that no one will listen to you then we will contact any of the Bollywood male superstars who will finally spread the message we have been conveying vociferously.

Also read: Why do we get raped and how can we avoid it? 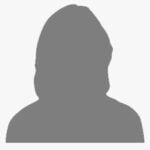 The 498A Debate: The Legal Void In Which ‘Fear Of Misuse’ Is Misused