The AIMPLB is fully aware that a social boycott against triple talaq is hardly likely to bring about any real change on the ground.
By Nishat Amber Apr 19, 2017 4 min read

The All India Muslim Personal Law Board’s (AIMPLB) latest spin on the triple talaq issue is problematic on many levels. Faced with increasing pressure from different quarters to do away with the regressive practice, the AIMPLB has advocated ‘social boycott’ of people divorcing their wives through pronouncement of triple talaq in a single sitting. It has also made it very clear that any outside interference in its matters would be unwelcome. To some, this move of AIMPLB may appear revolutionary. However, the truth is far from it.

The most important question that comes to the mind is why, in all these years, did the AIMPLB not initiate any reforms in Muslim personal laws even though the discrepancies in what is being preached and what is being practiced is very evident. The ambiguity in the interpretation of civil and criminal laws by clerics is also pretty evident from some of the infamous incidents in the country such as the ‘Imrana rape case’.

Why has the AIMPLB not initiated any reforms in MUSLIM personal laws even THOUGH there are CLEAR discrepancies in PREACHING AND PRACTICING?

Ironically, this stand of the local panchayat and Darul Uloom went against the well-established principle in Islam that a ‘haram’ (illegal or immoral as per Islamic laws) act such as rape should not be given precedence over a ‘halal’ (legal as per Islamic laws) act such as a nikah (marriage). Imrana was still married to her husband when she was raped by her father-in-law and, ideally, her ‘halal’ marriage should not have been declared null and void for a ‘haram’ act that is also essentially a heinous crime under the state law.

What is even more surprising is the fact that Darul Uloom issued the fatwa supporting the annulment of Imrana’s marriage to her husband by quoting from the Quran the verse “wa la tankihoo ma nakaha aaba-o-kum“. Interpreted in English, the verse means “And marry not women whom your father married”. Disregarding the fact that the verse clearly prohibits marrying a woman who is, or was, ‘married’ to your father, the clerics arbitrarily applied it to a context vastly different from the one implied in the verse and to an act that didn’t equate – either under state laws or the Islamic laws – to a ‘marriage’. The Darul Uloom retracted from its stand and denied issuing any fatwa when it received flak from several quarters for its arbitrary support to the ruling of the local panchayat.

Women, more often than not, fall victim to the irrational interpretation of Quranic verses by the clerics.

This incident clearly highlights the need for a body of unambiguous and rational laws, especially on issues pertaining to women as they are the ones who, more often than not, fall victim to irrational interpretation of Quranic verses by the clerics. Islam permits what is called ijtihad – independent reasoning for finding rational solutions to legal questions arising out of issues in which ambiguity or lack of consensus is found. The present rot clearly calls for ijtihad, but not with male clergy alone at the helm and calling the shots.

The AIMPLB never felt the need for reforms because the same poses threat to entrenched powers. If regressive interpretation of Quranic verses serves to consolidate the male hegemony, the male-dominated clergy can hardly be expected to be willing to do away with the practice.

For an ordinary Muslim, the words or dictates of Allah, as put forward through the Quran and the teachings of Prophet Mohammad as recorded in the Hadith serve as unalterable laws governing his life. However, what is equally true is that, over time, the factor of subjective interpretation does come into play. If it wasn’t the case, the Islamic world would not have been fragmented into different sects, each represented by a different school of thought.

However, the common thread that binds all the sects, and indeed all the religions, is that laws that serve to keep the women subservient are highlighted to the extent that they become a part of the common psyche and enjoy general acceptance. Laws and rules favouring women are often brushed aside.

All these years, the need for reforms was not felt by the AIMPLB in spite of the evident rot that has set in within the Muslim society. A social boycott with no legal backing is hardly likely to bring about any meaningful change. Thus a social boycott becomes a better and more appealing option to the AIMPLB all of a sudden when it has always decried any change or alteration to the Muslim personal laws on the ground that these laws were of divine origin and hence unalterable. The AIMPLB is fully aware that social boycott is hardly likely to bring about any real change on the ground.

If regressive interpretation of Quranic verses serves to consolidate the male hegemony, the male-dominated clergy can hardly be expected to be willing to INITIATE REFORMS.

Any social boycott is sure to weaken in the face of arguments that a triple talaq is valid as per the sharia. It would be difficult for an average Muslim to socially boycott a person for practicing something that is permissible in Islam. This will only pave way for more arbitrary interpretation of Quranic verses to suit one’s interest. And nobody can deny that in a highly fragmented and stratified society like India, social boycotts hardly make a difference.

The fact of the matter is, if the AIMPLB was serious about reforms in Muslim laws pertaining to women, it would have taken steps to remove ambiguities and discrepancies in Islamic civil laws to make them more rational as well as spent its energies in sensitising and educating people about the said reforms. Instead, the AIMPLB was focused all along on strengthening practices that only served to sustain and nurture the patriarchal framework of the Muslim society. 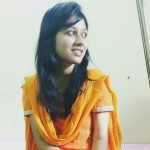 The Catholic Church And Its Long History Of Child Sexual Abuse

Let’s Talk About Gender Expression In Hollywood And Bollywood, Shall We?