The world is currently abuzz with excited talk about DC’s leading super heroine, Wonder Woman, and Gal Gadot’s breathtaking portrayal of her. And although Gadot rocks a svelte frame in a costume that’s as dignified as it is badass, Wonder Woman doesn’t always get such realistic physical portrayals in the world of comic books. In fact, in comics, very few females very rarely get justice done in terms of physical portraiture.

Comic books are known for their stunning artwork, fearless heroes and notorious villains. However, it is the bombshell female characters in them that make them even more of a sell-out. Heroines or she-villains, bodacious women in slinky outfits are probably one of the main reasons why a considerable portion of comic book aficionados are grown men.

The interesting question though, is whether female comic book characters really need to look the way they do. From gravity-defying bustlines to unrealistically slender waistlines, women in comics are not just attractive but salacious. Usually drawn by men, it is not a surprise that they look the way they do, but this is especially true for ‘powerful’ women in comics. I suppose ‘the hotter the better’. It is almost as if a woman can’t be tough if she isn’t hot as hell!

Here are 10 heroines and she-villains whose abilities are overshadowed by their titillating physical portrayals:

One of the sauciest and slickest characters out there, Catwoman is tough enough to bring the big Bat down to his knees. Still, DC goes out of its way to make this already badass woman overly racy by dressing her in a suit that either reveals an extra-sumptuous cleavage, or shows off a highly exaggerated bust and butt.

This tough redhead is one of the most valued assets to the Avengers. But, it isn’t just her super-spy skills that grab the attention of the males on the Avengers team. Black Widow seems to be valued more for her own physical assets, which are always shown to be spilling out of a super-tight body-suit; as if to say women can’t be lethal without lethal curves.

The quintessential femme fatale and one of Batman’s most iconic lady-villains, Poison Ivy can actually use nature to get her way. Notwithstanding that, DC doesn’t fail to portray this naturally sensuous and deadly lady in an unnaturally voluptuous manner, with oversized lady parts and an excessively seductive character. Clearly, even Poison Ivy needs more than just poison and Mother Nature’s fatal flora to overpower a super-dude!

Daughter of the uber-powerful Magneto, and endowed with abilities like reality warping and some other stuff I can’t wrap my head around, Scarlet Witch is known for more than just that. And no, I’m not referring to the suspicious relationship she has with her brother! This red hot Avengers member is however, lesser known for her kickass powers and more for her chest, which is always dressed in next-to-nothings.

Don’t let the last name confuse you. There is nothing frosty about this vamp-turned-heroine character. The only cool thing about Emma Frost is that she actually shapeshifts into a diamond! But even that is eclipsed by the manner in which Emma is rendered in comic books. From very revealing get-ups to grossly generous female proportions, Emma Frost is subjected to it all.

Another feline knockout and Marvel’s version of Catwoman, Black Cat is literally only known for her hotness quotient. Marvel once again clothes a powerful beauty in a black leather body-suit that is nowhere close to sufficient for covering her amply-designed bosom – like she’s not drop-dead gorgeous already!

Even though the agile, shape shifting Mystique is actually wearing something in her comic book avatar as compared to her Hollywood movie versions, we still see her drawn as a blueish, devil-may-care woman with unnecessarily generous lady parts, wearing a flowy white costume that never really manages to cover anything vital.

This formidable super-heroine is so tough that she actually rose from the dead! But yet again, this is insufficient for the Marvel Universe that wants a woman who is fierce and inviting at the same time. And so, Elektra is made to don a red, barely-there outfit that screams siren instead of the commanding female figure of strength that she truly is.

As though Catwoman, Poison Ivy and the notoriously psychotic Harley Quinn weren’t enough to make Batman’s life miserable, there’s Talia al Ghul to add to the action. Daughter of the terrifying Ra’s al Ghul, the captivating Talia had the Caped Crusader so entranced that he even sired a son through her. But of course, chief of all her abilities according to DC, is her capacity to wear close-fitting, curve-enhancing clothes.

Last, but far from the least, is Amazonian princess, Diana. Armed with her lasso, tiara-cum-boomerang, shield, sword and sheer guts, Wonder Woman has earned her title. She is even more wondersome because she is one of the few stunners in the DC Universe to resist Batman. But sadly, even Wonder Woman is often not spared by DC’s male artists who give her a costume that is so inadequate that it is a ‘wonder‘ that the huge twins they fashion her with, never escape!

Yes. Thanks to the largely male-dominated line-up of DC and Marvel artists out there, our fiery villainesses and heroines are viewed as being only skin deep, flat characters rather than the deep, impassioned multi-dimensional characters that they really are. Clearly, the comic world has confused a woman’s character with her curves, and her strength with her sexuality. We wonder what’s next.

Jeanona Dias is an English Literature postgraduate who loves anything and everything that’s artistic. A creative writer, she aims to put women at the forefront of her work as much as possible. You can follow her on Facebook, Twitter, Instagram and LinkedIn. 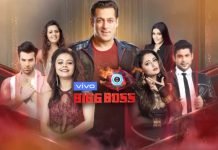