CultureCinema The Humiliating Model Of Motherhood In ‘Aradhana’

The Humiliating Model Of Motherhood In ‘Aradhana’

Aradhana is an anti-feminist movie which uses sexual passion and folly as patriarchal examples of the undoing of chaste unmarried women.
By Jane Chelliah Oct 12, 2017 3 min read

Sometimes it’s only with time that you come to realise that you have been duped or brainwashed. So it is that I wonder how I ever viewed the model of motherhood in the Hindi movie Aradhana as being ‘romantic’.  Let me put some context around this self-revelation.

I loved Aradhana and must have watched it about 10 times through the 1970s and 1980s. Directed by Shakti Samanta in 1969, it foolishly fulfilled the romantic notions of a young girl, and a handsome man falling in love with a beautiful woman which results in an abiding love that endures even after death; and a mother who sacrifices everything for her child. I watched it again recently and was horrified.

In a nutshell, it is an intensely anti-feminist movie which uses sexual passion and folly as patriarchal examples of the undoing of chaste unmarried women. The plot line revolves around Sharmila Tagore’s role. It moves from her being a chaste and retiring virgin woman to being seduced as an unmarried woman by the man whom she loves, Rajesh Khanna, and pays the price for this by having the man die on her after impregnating her. Subsequently she has to give her son up for adoption, but the couple take pity on her and hire her as a servant to help her maintain maternal proximity with her son who doesn’t find out any of this till adulthood.

Indian families will put the mother on a pedestal as the ‘Devi’ of the family but will extract a price for this through servitude.

There are two lines of literary inquiry which can be taken here. The hold and sway that Indian films have over movie goers – witness how ‘Eve Teasing’ was made mainstream largely because of it being portrayed favourably in movies; and how Indian families will put the mother on a pedestal as the ‘Devi’ of the family but will extract a price for this through servitude. As families and film going feature largely in Indian people’s lives, both scenarios are heavy ‘propaganda’ and ‘self-perpetuating’.

Feminists especially feminist mothers need to take down this ‘Indian sacrificial mother’ model. This does not mean that we are advocating being disrespectful to mothers. Nor does it take away the recognition that being a mother involves a whole lot of sacrifice. Mothers sacrifice time, energy and their own needs to bring children up.

There is only so much one person can do and sacrifice is a practical reality but the ‘Indian sacrificial mother’ model goes much, much further than this. There is an element of punishment and sadism involved.

Where Aradhana is concerned, Sharmila Tagore’s character was ‘punished’ by having her boyfriend and father die on her and then having to give up her child. This punishment provided a boundary for a mother’s behaviour considered acceptable and this being that she must be married before having a child, because sex can only take place within marriage. The repercussions of this so-called standard of behaviour are numerous. Women who have been impregnated through rape are seen as defiled. Indian men may sleep with a woman, but will mostly consider her as unacceptable wife and mother material.

The ’Indian sacrificial mother’ model is a patriarchal construct designed to keep us down. It celebrates a uniqueness about being a mother that is just degrading. 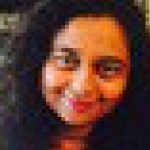 Restorative Justice In GBV: Why Do Some Survivors Choose To Stay Quiet Rather Than Seek Justice?