CultureCinema Watch These Bollywood Movies About Women In Sports This Weekend!

Watch These Bollywood Movies About Women In Sports This Weekend!

Here is a list of Bollywood movies that revolve around the male-dominated sports field with a special focus on women in sports.
By Shinjinee Mishra Nov 17, 2017 6 min read

Feminism today is a topic of discussion in the whole country. When everyone is contributing towards women empowerment, Bollywood does not lag behind. While most of the Bollywood films revolve around the genre of action and love drama, recently, Bollywood has made a few films that are centred around women in sports.

Some of the fields that revolve around the theme of Women in Sports are based on the real-life struggles of Sportswomen like Mary Kom, Gita and Babita Phogat. Whereas, some of the movies are based on the fictional stories that depict the challenges women face if they want to pursue Sports as a career and try to destabilize the notion that sports are not for women.

Here is a list of Bollywood movies that revolve around the genre of sports with a special focus on women in sports: Chak De India! is a 2007 India Sports film directed by Shimit Amin and Rob Miller and produced by Aditya Chopra. It explores the impact of Partition in India, religious bigotry and the ethnic prejudices. However, the primary theme of the movie is to explore the sexism prevalent in the society of our country and the perception Sports being a masculine domain in which women cannot excel.

The story of the movie focuses on a coach who decides to coach a women’s hockey team for whom the jury of heads of sports association could not find a coach. The movie depicts clearly how even the people in power who are supposed to handle the sports association do not take women’s sports seriously and don’t look after their needs and their training.

The movie was a big hit at the Box Office and proved to be an inspiration for all the girls who wanted to pursue sports as a career. It was also a wake-up call for the society which thinks that sports are just masculine domains and women’s sports are not as important as men’s sports. Dil Bole Hadippa! is a 2009 Bollywood movie directed by Aditya Singh and produced by Aditya Chopra under the banner of Yash Raj Films. The plot of the movie revolves around the life of a Punjabi girl Veera (Rani Mukherjee) who lives in a village but dreams of becoming a cricket player one day because she is so good at the game.

The protagonist of the movie Rohan is the captain of a county cricket team in England. Rohan’s Father Vicky (Anupam Kher) fakes a heart attach to call him back from England and persuades him to become the captain and train the Indian Team for an upcoming match against Pakistan in Aman Cup.

Despite being an excellent batswoman Veera is not allowed to enter the stadium where Rohan is conducting the trials for Indian Team which will play against Pakistan in the Aman Cup (Peace Cup). Later, Veera disguises herself as a man and goes for the trial as Veer and gets selected as an opening batsman (because of the assumption that she is a man).

In the end, when it is revealed to Rohan he refuses to let her play because she deceived him and a woman is not supposed to be on the team. Whereas, when he realizes how important it is for his father that India wins the match, he allows Veera to play. In the last over Veera shows her talent and leads the team to victory despite playing with her opposite hand.

In the climax of the movie, it is revealed by Rohan that Veer is actually a girl and Veera gives an empowering speech. The movie does not revolve solely around the women’s sports as the other movies but it raises an important question about why a woman who has the same talent as a man cannot play in a men’s team.

Though the film failed miserably at the Box Office but it left the sports enthusiasts with a question about why there are mixed teams in games like Badminton and Lawn Tennis  which are considered “appropriate” for women but the category of mixed teams does not exist in the games like Cricket, Hockey, Football etc which are considered to be masculine in nature. Despite being a cliched Bollywood romance film, it leaves a strong message. Mary Kom is a 2014 Bollywood movie directed by Omung Kumar and produced by Sanjay Leela Bhansali in association with Viacom 18 Motion Pictures. The movie depicts Indian Boxer Mary Kom’s journey of becoming a boxer in the male-dominated society and her victory at the 2008 World Boxing Championship in Ningbo. The film premiered at the 2014 Toronto International Film Festival, becoming the first Hindi film to be screened on the opening night of the festival.

The plot of the movie traces the struggle of boxer Mary Kom against all odds to achieve her dream and make a mark in the masculine domain of boxing, and in a society where a woman is not supposed to be a good mother if she goes out of the house to work let alone play.

The movie draws a perfect picture of the struggles and hardships a woman has to go through if she decides to enter a man’s domain and take up a profession that is considered masculine. When asked about her views Indian Boxer Mary Kom said that she got emotional while watching the movie, it almost got her life right and while watching the movie she went down the memory lane. Dangal is a 2016 Sports genre film based on the lives of Phogat family, living in Haryana directed by Nitesh Tiwari and produces by Amir Khan Productions, UTV Motion Pictures and Walt Disney Pictures. The story is based on the lives of Gita Phogat and Babita Phogat the two wrestlers of our country who have made their mark in the masculine domain of wrestling after being encouraged and trained by their father Mahaveer Singh Phogat (played by Amir Khan).

The movie is based on the real life of Mahavir Singh Phogat, who wanted to win a medal for the country but he could not. Dejected he decides to train his unborn son to be a wrestler, though he has four daughters.

After watching his daughters beat up a boy, he decides to train them to be wrestlers. With his training and their dedication together both Gita (played by Fatima Sana Sheikh) and Babita Phogat (played by Sanya Malhotra) won medals for the country in Commonwealth Games 2010.

The story is a perfect example of a father who goes against his society and trains his daughters and encourages them to conquer against all odds. It brings to the light the fact that women can achieve everything if given the equal chance, opportunity and support as men. Gita and Babita Phogat, when asked about their views on the movie, said that the movie made them emotional and travel all the way back to their childhood.

All these movies despite having their own drawbacks have been able to give a message that men cannot claim sports as their personal domain and the society cannot deny women equal rights of participation and opportunity in sports. I wish Bollywood would come up with more movies based on women in sports both fictional and biopic which will not revolve around men.

This is by no means a comprehensive list, nor does it claim to be a representative list. Feel free to leave suggestions in the comments section. 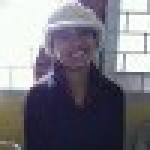