The radical organisation Dalit Panthers rose in the struggle against Hindu feudalism which is still flourishing in contemporary India.
By Sanjeev Gumpenapalli Dec 13, 2017 5 min read

The Revolution is not going to wait
the clenched fists are not to be loosened now
I have endured much, no more enduring now
I can’t be unfaithful to the blood ordering me to hold arms.
-J.V. Pawar (Founding member of Dalit Panthers)

With defining “All those who are exploited politically, economically and in the name of religion” as Dalits, the radical social organisation Dalit Panthers rose in the struggle against Hindu feudalism which is still flourishing in modern India, even after independence. Dalit Panthers was formed on the lines of the famous revolutionary African American revolutionary organisation The Black Panthers, whose aim was to destroy American Imperialism.

This is the time when the Republican Party of India, after Ambedkar’s death in 1956, came to a downfall, owing to its submissive character in front of the Indian National Congress. Some of the leaders within the party sensed betrayal to the struggle and had to meet up in a classroom to find the alternative and rescue the movement.

The alternative was the formation of Dalit Panthers in April 1972. The founders were Namdeo Dhasal, Raja Dhale, Arun Kamble and a few others. Agglomerating all scheduled caste/tribes, proletariats, women irrespective of caste and religious minorities, this social movement rendered tremendous vibes and stood as one of the greatest movements against oppression in India.

After Indian independence celebrated its 25th anniversary, Dalit Panthers questioned the very idea of independence and stood up for real independence.

The movement aimed to deconstruct and destroy the existing institutions of the state for the better living of all, by challenging Brahminical supremacy.  A fascinating thing about Dalit Panthers is the momentous inclusion in their struggle, by not limiting it to just a few ex-untouchable castes, but also workers and women irrespective of their caste and gave the word ‘Dalit’ a broader meaning. This should be considered as a sizable and substantial struggle against Hindu Feudalism for its time.

This was also the time when the world witnessed various important events and revolutionary movements across the globe such as the Chinese Revolution, New Left Movement, Vietnam war, women’s movement. It can be safe to say that Dalit Panthers is an encompassing organisation that was somewhat inspired by famous movements across the world.

The Dalit Panther’s articulation of struggle was virtually drawn on the lines of Black Panthers. This came to be evident from its manifesto which was released in 1973 which said:

Due to the hideous plot of American imperialism, the Third Dalit World, that is, oppressed nations and Dalit people are suffering. Even in America, a handful of reactionary whites are exploiting blacks. To meet the force of reaction and remove this exploitation, the Black Panther movement grew. From the Black Panthers, Black Power emerged . . . We claim a close relationship with this struggle.

To understand Dalit Panthers we must go deep into their manifesto, which is a political outburst with a tinge of emotional outreach put up by individual writings by organisation members. The manifesto was lucid in breaking down the dominance of Hindu feudal Brahmanical institutions of the state. It wasn’t merely political but imbibed with cultural and social struggles of Dalits which is a broader spectrum of identification of the oppressed. It was one of the most important manifestos in the country at that time.

The Dalit Panthers lucidly stated that the transformation of the struggle to the political platform will be manufactured from the ideas of Ambedkar and cultural donations from party members. Dalit Panthers, boldly holding guns in pursuit of self-defense, strongly denied the Indian National Congress’s hoaxed democratic ideas on the surface of Hindu Feudalism.

They attributed Hindu feudalism as a synonym of the Indian National Congress. Dealing with dominance and supremacy in an intersectional form enabled the Dalit Panthers to question all sides of Brahminical Hindu Feudalism where they referred to the redistribution of land and resources. They took into account the stranglehold of wealth, land, property by a few people in the country.

Untouchability is dissected and dealt with politically because the personal will always be political. When untouchability is perpetrated in all possible ways using political platforms and power, it would not be the wisest agenda that the organisation could take.

Taking into account what Dalit Panthers stressed as, “The Hindu feudal rule can be a hundred time more ruthless today in oppressing the Dalits than it was in the Muslim period or the British period”, clearly conveys who their enemies are. It is caste and class supremacy.

Recognising that Untouchability is no longer mental slavery because capitalism, religion and Brahminism let the oppressors hoard resources, it must be safe to say that the problem of Dalits is multidimensional and cannot be devoured through a homogenous agency. Dalit Panthers were one of the first to recognise a multidimensional approach to the Dalit problem. A Dalit is not merely an untouchable caste person, but can also be a worker, a woman, or a landless labourer. This intersectional understanding of Dalit struggles was a fascinating gift to us by the leaders of the movement.

Untouchability is dissected and dealt with politically because the personal will always be political.

Dalit Panthers staunchly criticised Gandhi and Gandhism. Gandhism is the preservation of religion, traditional divisions of labour, casteism and beliefs that inflict violence and thrust them back into the social hierarchy. Gandhism means subscribing to the idea of incarnations, Gandhism means the holy cow, Gandhism means worship of images, Gandhism means an unscientific outlook. Dalit Panthers were against everything that Gandhism stood for and they considered Gandhi as a patronising leader who further perpetrated casteism in his life. They referred to him as an orthodox casteist.

Dalit Panthers called for a deep study in every dimension, one which would not make the movement devoid of intellectuality and determination. They called for a strenuous study of slogans and social expressions of various political organisations. Dr Ambedkar said that the manifesto enables us to realize our humanity, even in our state of beast-like exploitation. We must uproot the varna system that enslaves us in its snares. The soil in which it survives and grows must be made infertile. We must understand that the casteist nature of the term ‘Dalit’ is breaking down.

With such a paramount outlook and revolutionary stand, the Dalit Panthers became vulnerable to state atrocities and the leaders of the organisation were repeatedly arrested and tortured. One such instance was the riots in the Marathwada regions. This affected Dalit women and youth immensely, leading a large number of Dalit women and men to participate in the movement.

One of the greatest platforms to fight the varna system, it did not last long but disintegrated after three years. But the manifesto is still relevant in 2017. Maybe till class, caste and gender divisions exist. Dalit Panthers are the synonym for revolution and the intersectional understanding of oppression, which is much needed in India today. 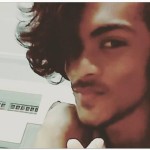 Why Isn’t A Woman’s Intelligence Talked About Enough?