HealthBody Image Reclaiming My Body With Every Alteration Of It

Reclaiming My Body With Every Alteration Of It

Each little piercing, each little act of rebellion, afford me a sense of reclaiming my body from everything around me that has tried to restrain it.
By Chandrika Manjunath Jan 2, 2018 4 min read

We are perpetually barraged with images of what the ideal and proper woman looks like. Be confident, but not too confident; be demure, classy, not too loud, not too masculine; don’t sully your God given, pure, and clean body. These ideals are the product of what started to be considered representative of the urban and industrialized world.

This idea became so pervasive that for a woman to defy it meant she was probably ‘loose’, did drugs, was laughable or from the lowest classes and castes that no one should or want to associate with. Among the many things women shouldn’t be, we are also to stay away from adornments such as piercings and tattoos, lest we fulfill any of the above categories stemming from defiance.

Men are allowed to be a little rebellious, they are permitted to personify the ‘bad boy’ figure. It’s no secret that the bad boy is often portrayed as the most attractive and masculine of men, and who women all secretly desire. This acceptable upheaval, of course doesn’t hold for women. “Women can be wild in private, but should be ladylike in public”, and visible demarcations like piercings and tattoos make it impossible for women to align with that requirement for some people. Patriarchal society is constantly laying claim on women’s bodies.

“Women can be wild in private, but should be ladylike in public”

Tattoos and piercings used to hold much power, and still do for tribal groups. For hundreds of years tribal groups have utilized these marks as a means of protection. Tattooed and pierced tribal groups are being suppressed, forgotten and discriminated against for refusing to discard their practices—refusing to comply with ‘modern, sophisticated cultural lifestyles’ of an urbanizing world. In much the same way, I have found my arguably insignificant piercings to be a way to say, ‘F you’ to the masses that work to repress me.

I’ve spent the majority of my life in homogeneous environments. I went to a predominantly White school, in a predominantly White city in which nearly everyone was upper-middle class to rich. Somehow most everyone in the area I lived in dressed the same, as was the case among my Indian family friends, who were also well off and extremely privileged. Somehow, I never once felt the desire or need to fit in among any of these groups.

For some, assimilating is a source of strength because they feel accepted among the majority. For me, as cliché as it sounds, it was a constant need to match my outer appearance with how I felt inside. I never felt like I belonged in any of the groups I was associated with until I got to university. Piercings, wearing clip in brightly coloured extensions with matching skinny jeans to boot, was a way to assert my control over the one thing I felt I could control.

The parents in our family friend groups, as I would later learn, used to talk about me when my family wasn’t present. They assumed I did drugs, and drank and generally didn’t take anything seriously. At this time I was a young, naïve pubescent teenager who was simply trying to be comfortable with myself. Unsurprisingly, these judgments have continued in adulthood.

Each little piercing, each little act of rebellion, afford me a sense of reclaiming my freedom from everything around me that has tried to restrain me.

Being someone with mental illness, which then affected my studies; a child of divorced parents, which subsequently fragmented many relationships—these have all been some of the most significant parts of my life, all of which I’ve had zero control of. During all of this, the single thing I have been able to claim is my body and how I choose to display it, both for myself and admittedly for others. I am visibly pierced in multiple locations, more than most people, I dress ‘hipster’ as I’ve been told many times, and I’ve died my hair purple, pink and blue. It’s become almost a game for me; who will get past the superficiality of my appearance and consequently “pass the not-a-shallow-person test”; to me these people become those that are worthwhile and respectably.

Fortunately, I alone have had jurisdiction of my body. Each little piercing, each little act of rebellion, afford me a sense of reclaiming my freedom from everything around me that has tried to restrain me. While many others seem to be so concerned with something as trivial as my appearance, I meanwhile have been growing and expanding my knowledge, while subsequently challenging what a person in my position “should” look like.

To me feminism is about taking back what is rightfully mine; confronting and defying what patriarchy and paternalism has decided for me. All of the things I’ve chosen to alter about myself physically, have been up to me and me only. As a woman, I reclaim my body and make it more my own each time I recreate my physical being.

Also read: Infographic: Your Guide To Being Body Positive

Author’s Note: To have the ability, the means, the freedom to do with your body what you wish relies on having some level of privilege. To not have a choice because you need to hold a certain position to make ends meet, or because you live in a suffocatingly oppressive society in which challenging the status quo could mean certain danger, or you are physically restricted from accessing your deserved freedom. While my privilege has not protected me from prejudice, it has certainly afforded me freedom and agency over my body. 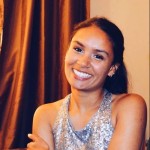