HealthBody Image Is The Sexual Objectification Of Men Catering To Gender Parity?

Is The Sexual Objectification Of Men Catering To Gender Parity?

Sexual objectification is intertwined in our culture and it would be unfair to say that men have to face it as much as women.
By Rinzu Feb 8, 2018 4 min read

A question that is doing the rounds in feminist circles nowadays is that do men get objectified just like women do, especially with feminism clearly addressing issues of misogyny and traditional patriarchy? The answer is yes, they do. But not the same as women.

In our conception of heterosexual relationships, the man is considered to be the subject and woman the object. Sexual objectification does not give a person the freedom to choose what they want sexually.

Sexual objectification in our culture

Sexual objectification has a status quo attached to it, which has always made the woman the subject and this thinking is so deeply ingrained in our culture that items songs with scantily clad actresses have been used to sell movies to a male audience or female models have been presented as objects to sell products used by men. The target here is the sensuality of a man who will be attracted to female objectification and will buy the product.

Bollywood has successfully objectified women in movies, by making women actors expose their midriffs, cleavages and legs dancing to music with crude, sexist lyrics. Most women actors are presented as though they are to be devoured. Indeed sexual objectification of women runs the advertising industry and has sold thousands of products by effectively dehumanizing women.

Even in everyday life, girls are asked to cover up to avoid distracting their male friends and acquaintances which patriarchal powers in authority think will create “unsafe” circumstances for girls. Which they think can’t be controlled by imposing stricter rules on those who are complicit in making spaces unsafe for girls.

Objectification and catering to the male gaze

Yesterday, while walking into the MGF Metropolitan Mall, Gurgaon, I saw an almost nude cutout of a man, in a checked pair of shorts adorning the advertising board. Usually, what I see are blonde models selling a brand of fragrance or a shy Indian model selling an Indian brand of clothing. This ad left me thinking if men can be objectified.

Cutouts of human beings whether men or women with attention zooming in on their body parts is problematic in public places and only contributes to the assumption that these bodies exist for the purpose of voyeurism. The gigantic hoarding reminded me of another poster I had seen in Mumbai of a young model selling lingerie.

The difference between both the posters perhaps is that some women may say it’s ok to objectify men because men don’t live to cater and please the female gaze while women do. It would be true to say that men haven’t experienced systemic objectification like women who live within a suppressive social structure where every day is a tough call.

Martha Nussbaum has identified seven features that are involved in the idea of treating a person as an object:

According to the Stanford Encyclopedia of Philosophy, Rae Langton has added three more features to Nussbaum’s list:

Is sexual objectification of human beings, whether man or woman, fair?

Misogyny can be defined as the hatred of women but over the years, it has robbed the woman of her thoughts, feelings and rights that she should enjoy as a human being. Misogyny has belittled a woman to such levels that her opinions aren’t important anymore. While women have fed the male gaze, the opposite has also been happening lately.

Media outlets run down men for their appearances by displaying their bodies to feed a business model, but it hasn’t been used against them in their public or professional sphere – eg. denied them a promotion. Brands like Old Spice, Amul Macho and Fair and Handsome have hypersexualized men to sell their products, but hey we were ok with it since this didn’t rob men of their humanity or agency.

human bodies, whether that of a man or woman, have rights that get robbed.

Objectifying any human body isn’t progress, man or woman. This is not the kind of equality we are vying for. Indulging in male eye candy is almost as bad as the misogynistic hatred and inhuman objectification of women especially in popular culture.

Sexual objectification is intertwined in our culture and it would be unfair to say that men have to face it as much as women. But when we have to talk about equal opportunity and gender equality, objectification is not the solution.

When men are objectified, it displays a disturbing pattern of sexist behaviour by strengthening the ideals of masculinity which have led to the objectification and explicit abuse of women by the media. This has thus led to a climate of oppressive inequality.

Thus turning the tables on men is not the solution if we have to achieve just-ness academically, socially, economically and sexually. Repaying evil for evil is thoughtless and unjustified since human bodies, whether that of a man or woman, have rights that get robbed. This will never lead us even to the neighbourhood of the equal playing field. 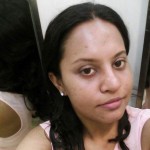 Does A Woman’s Opinion Matter? First, Let’s See If She’s Even Allowed One

Work From Home: Unpacking The Layers Of Sexual Harassment In Virtual Workspaces

From Lakhimpur Kheri To Aryan Khan: The Media Must Set Priorities Straight