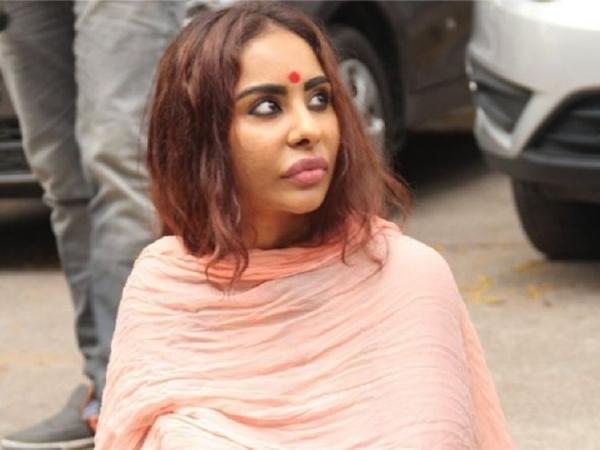 Sri Reddy is a film actress in the Telugu film industry. Her struggle against the film fraternity of Tollywood started a month before. She has alleged that Tollywood is biased and discriminates against aspiring Telugu vernacular actresses in lead female roles.

Further, those who manage to secure a lead role in a film have to suffer the Casting Couch. Tollywood actress Rakulpreet Singh has denied the allegations of the existence of the Casting Couch in the film industry. On the other hand, Sri Reddy’s allegations have been supported by various actresses and a few even showed up in media channels such as Maha News and TV9 to back Sri Reddy’s claim.

The truth of the Casting Couch?

The Casting Couch is a mechanism to exploit aspiring female artists and actors who are non-binary. The aspirants are provided with “opportunities” which are sexual favours to middlemen, directors and producers. In other words, it is a mechanism of sexually exploiting women and non-binary aspirants in the industry.

In her waging of the #MeToo movement in the industry, Sri Reddy has disclosed evidence by sharing pictures and Whatsapp conversations with a few important personalities of Tollywood, including Abhiram Daggubati, the brother of Bahubali actor Rana Daggubati and director Viva Harsha.

Aspirants are provided with “opportunities” which are sexual favours to middlemen, directors and producers.

She has stated that Abhiram Daggubati sought sexual favours from her by inviting her to a film studio. Many actresses who have appeared in various vernacular TV debates alleged that the term used for sexual favours in the industry by the film fraternity is “commitment”. They said that “commitment” culture is very much prevalent in the film industry.

A defiant modus operandi of resistance

On April 7, the actress staged a semi-strip in protest, in front of the Telugu Film Chambers, as part of her struggle against the Casting Couch. She has further demanded that her rejected membership of the Movie Artistes Association (MAA) be revoked.

She couldn’t secure the membership because she has been quite vocal about the industry’s malpractices. Her protest was also against the uncompromising hunt for talent from outside, overlooking local artists.

For her protest, in which she partially bared her upper body, she had charges filed against her under Section 294 of the Indian Penal Code (obscene acts in public places). In a country like ours when men stage semi-naked protests that don’t amount to “public obscenity”, a victim/survivor’s struggle for justice is now considered an obscene matter.

It is the mockery of the democratic ethos of the system. It shows that the burden of preserving orthodox cultural practices is placed on the shoulders of women. We live in a country where women like Soni Sori (fighting against state violence) fighting against the flaws of the governance system are shamed and attacked, and the police officer who assaulted her received an award for “Gallantry” at the Republic Day Parade.

In the light of this controversy, the MAA has refused her membership citing her “behaviour” as the reason. “Because of her behaviour, the actress (Sri Reddy) cannot be given membership,” MAA president Sivaji Raja said to PTI. Another office-bearer, Srikanth, who is famous for his movie Operation Duryodhana has insulted Sri Reddy for her protest. This was the movie where Srikanth plays a politician who strips publicly in protest.

The members of the MAA also stated that she did not fill up the forms properly, and after her resistance, they have ruled out any chance of offering her a membership. The MAA has also asked members comprising more than 900 actors to not collaborate with her. This is nothing but the violation of her right to livelihood and dignity.

It has been alleged by various actresses that the MAA does not comply with the practices of organisational democracy internally. The high-handed decisions in the organisations are made at the top without the consent of members via general body meetings.

the burden of preserving orthodox cultural practices is placed on the shoulders of women.

There is no existence of a grievance redressal mechanism within the MAA and it is clearly in violation of the guidelines of the Vishakha judgement. Sri Reddy was alone in her fight against the jungle of chauvinists and misogynists until her protest was noticed by national media.

On Thursday, the National Human Rights Commission (NHRC) sought answers from the Government of Telangana and the Ministry of Information and Broadcasting. In the wake of NHRC’s reaction, the MAA has revoked the ban on Sri Reddy.

Sri Reddy on the prevalence of casteism in Tollywood

Sri Reddy mentioned that the movie industry is owned by a single caste community – the Kammas. The ownership of the studios and various resources of the film industry lies in the hands of a few families of the same community. The allegations raised by Sri Reddy were abruptly ended by the journalist who was conducting the program.

Sri Reddy’s uncompromising struggle against patriarchy, the Casting Couch, casteism and exclusion of local talents representing diverse cultures and groups has garnered the support of progressive groups, women’s organisations and individuals. In the wake of her revelations of the dark side of the film industry, she was subject to immense shaming and character assassination.

Sri Reddy should be protected against this continuous targeting and bullying in the film industry. We salute this fearless lady and her struggle.

How to Support A Loved One Who Is Dealing With Depression