I joined a Gurgaon MNC in August 2016, with high hopes and expectations as my to-be manager called me several times before I joined, welcoming me to the organization, explaining that I will be taking over teams in Noida first and then Gurgaon; that I will soon be heading the team. I had refused another better-paying offer to take this job. Little did I know that this was going to be a short-lived reality.

Mid-February 2017, my move to Gurgaon brought with it harassment and bullying. It started initially with enquiries into family, preferences, etc, which I had assumed were not harmful. Soon, it turned into pushing me to go out for drinks frequently, getting too personal, trying to get intimate, dwelling about my personal life like my family planning, my health, etc.

The meetings that he would typically hold were around the time I left work, after having spent 12-14 hours in the office. The meetings would be called abruptly, without planning, lengthy and had discussions of no relevance. Being a woman and a mother with family responsibilities, these meetings were meant to bully and harass me.

In a few instances, when I declined to go for drinks with him, he spent 2 hours haranguing me. It was a very uncomfortable situation. These incidents would happen in the office cab. So, I started to avoid travelling in the cab with him, by choosing separate time slots/days.

I’ve been in the corporate sector for several years in leadership positions, with more years of experience than him. Despite this, he would insist that he check every email that goes out. No matter how long I was at work, he had to check my email before sending. I had to wait and stand next to him while he checked them.

Soon, he realized that I was avoiding him and then he started a different kind of harassment. Humiliation, intimidation in public and private places. I was put down many times for trivial issues. If I would give advice for the betterment of the organization, it would either be put down or that suggestion would be brought up at every meeting as a joke.

He started making team changes which impacted the overall morale of the teams and got in his ‘favourite’ employees (two levels or more below me) to kind of monitor my work. He started creating rifts between my colleagues and me. He would be sitting just a few steps away but would exchange emails about trivial issues. On an average, 10-12 email exchanges for anything.

the organization’s literature had nothing about the Prevention of Sexual Harassment Committee.

Half or most of my working day was spent in responding to emails and the rest in ad-hoc/random meetings and getting emails checked. He would give me different instructions and give contrary instructions to my team. This made my stand in the team mediocre and this was quite humiliating. All of the above started impacting my health – physical and mental.

I raised this issue several times with his local manager and my mentor, shared it with the HR Director along with lots of proof. They said they have received similar complaints about him in the past. They asked me to resolve them by talking to him. What was frustrating was that I had done that several times over email, SMS and WhatsApp, and nothing was resolved. Instead of things getting better, they only got worse.

June 2017 – instead of raising an investigation against my manager, HR and the senior leaders breached my confidentiality and shared my concerns with him. This added to my agony as he started retaliating and threatened to ruin my career. He said that no one ever complained about him to HR and he will not spare me for the same.

To my surprise, the organization’s literature had nothing about the Prevention of Sexual Harassment Committee. This is mandatory as per the Vishakha Guidelines. Having been subjected to harassment and breach of confidentiality, I lost all trust in the company’s fairness and judgment.

In July 2017, I met with a cab accident while on duty, leading to constant headaches, nausea, fainting episodes, giddiness and high blood pressure. I joined work after a number of days of medical leave, as advised by the doctor.

The team was asked to give funds for team birthdays, outings, etc. This was an additional financial pressure to many. Soon that fund was being used for drinking parties, where half the team usually didn’t join and the other half spent that money collected for everyone. I opposed it and I was mocked for being “old school”.

In one such party, my female colleague and I took a picture in a friendly pose. My manager posted that picture on social media calling me “Baba Ram Rahim with Honeypreet”. As the world knows, both have been convicted as criminals and apparently have an illicit relationship. Calling me Baba Ram Rahim defames me – it was like calling me a criminal. It was extremely humiliating, embarrassing and left me numb.

My manager not only ruined my personal image but started ruining my professional image too. Senior leaders who were all praise for me until June 2017, suddenly started reacting negatively to me from August 2017.

In September 2017, the company initiated the ‘Voluntary Separation Program’ (VSP) for employees at a particular level and above. The objective of this program was to allow employees to take a monetary benefit and leave the organization to pursue opportunities outside. The monetary benefit was based on the number of years spent in the organization.

This program was available for employees from 1st September to 30th September 2017. In October 2017, in my mentor meeting with my manager’s local manager, I was shocked that I was being pushed to take the VSP with no additional monetary benefits.

It was a malafide act of conspiracy by my manager, senior leaders and HR, to get rid of me since I did not succumb to my manager’s misdeeds. I was under so much pressure that I was taken to the emergency room that night. I had anxiety attacks, high blood pressure, cold feet, breathlessness, etc. My family initiated psychiatric treatment to help me recover.

I refused to take it and sent a detailed email with facts to senior leaders and HR, which proved the harassment and bullying. On the next working day, the HR director called me to a meeting room. I was pressurized by her to take the VSP else it would only get worse for me in the workplace.

My manager not only ruined my personal image but started ruining my professional image too.

My blood pressure shot up and I fainted during the meeting and was taken to the emergency room. The doctor instructed my HR director to keep me off stress and give me a break from work. Upon insistence, I took a few days off and went back to work. My manager again did the things he is best at – harassment, bullying, humiliation, making me work for long hours, etc. This along with the after-effects of the cab accident just deteriorated my health further. I fainted several times at work.

In Dec 2017, I was forced to get myself checked by the office doctor when I was on IV fluids and a family member was in critical condition. I was told by HR and senior leaders that the doctor was called in to give an unbiased opinion on my health and prescribe treatment. Prior to initiating the examination, the doctor said he was called in to explain that I should take the notice pay and resign.

That blew away the last bit of trust I had in the company. Post examination, he diagnosed that my recovery period can be determined. My family member passed away 4 days after this incident. I wanted to go back to work, but was told by senior leaders to take rest work could put my health at risk.

Feb 2018, my doctor diagnosed that my nervous system has been impacted due to the accident. There are only 80-85% chances of recovery over a period of 6-7 years. I would need to be admitted about 6-7 times every year. I was to check for bed availability on 5th March.

I checked bed availability for 5th March and the next week. Before I could get admitted, I received a termination letter on 20th March. I was shocked by this conspiratorial act when I was in a medical condition due to an on-duty accident.

I contacted HR on 21st March and did not receive any response. I finally emailed the CEO of the company. It was then that HR wanted to discuss my email. I narrated the entire story to them, as mentioned above. I was told to wait for 2 weeks since the HR contact was to go on vacation.

After 2 weeks, I sent reminders but to no response. They said they have initiated an independent investigation by someone in the UK. They declined to pay any damages for my health conditions due to workplace harassment and the on-duty accident. I’m still awaiting the response to the so-called investigation. This investigation after termination is in itself a proof of hidden motives of the company to delete all evidence against him and in my absence, it is a biased investigation.

Update: a legal notice was served to the CEO and the company via email and post. They refused to accept the ones sent by post, which is an advantage to my case in the court of law. Not sure if their lawyer informed them that refuse to accept also means that the notice has been served.

Secondly, the officials have pressurized my ex-colleagues to not speak to me or disclose their grievances to anyone outside the organization. 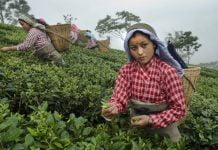 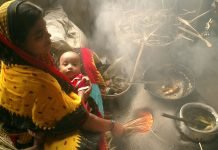 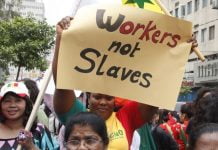 How My Girlfriend And I Were Thrown Out Of A Chennai...